The Hidden Conspiracies About The Montauk Project 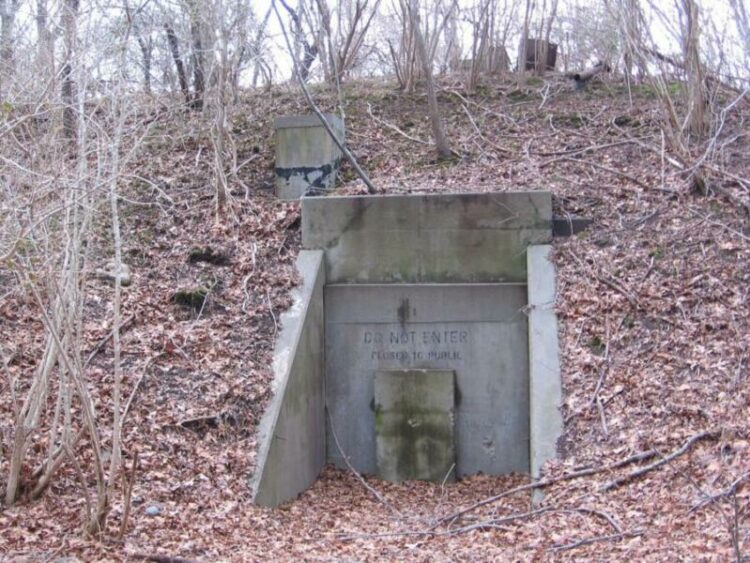 You must have heard about the amazing web series Stranger Things, right, it is inspired by the Montauk Project? It’s a fantastic work of fiction dealing with paranormal activities. The plot of Stranger Things centers around a group of friends who decide to look into a friend’s inexplicable disappearance. In the process, they find a secret laboratory that they believe may have something to do with the friend’s disappearance.

What if we say that the things that happened in this web series are inspired by ‘real life’ conspiracy theories? Isn’t it shocking for you?

We’re referring to the Montauk Project, a dubious US research project that reads like you, one of the most loved Netflix series.

Sounds interesting. So, here we all have for you! Let’s continue reading and learning more about the Montauk project!

What is The Montauk Project Conspiracy Theory?

Is The Montauk Project Conspiracy Theory Real or Just a Rumor?

Many stories have been circulating on the internet about the Montauk Project since the beginning of the 1980s.

The Montauk Project allegations seem to have originated from Preston Nichols’ exceedingly dubious testimony, in which he claimed to have suppressed memories of his participation. Additionally, he claimed he was occasionally kidnapped and compelled to continue participating.

If we talk about Nichols, born in 1946 in Long Island, New York, holds degrees in electrical engineering, psychology, and parapsychology. He also loves to write and became the author of the Montauk Project series because of his passion for writing.

These books written by Nichols, which center on US government and military experimentation with mind control, time travel, extraterrestrial contact, teleportation, and staging the “false” Apollo Moon landings, are somewhere responsible for the rise of the conspiracy idea.

When he wrote in the first chapter, “Whether you read this as science fiction or nonfiction you are in for an amazing story,” Nichols encouraged readers to prognosticate about the books’ contents. He also referred to a lot of the information as “soft facts.”

Because Nichols and, to a lesser extent, a man by the name of Stewart Swerdlow, who has been repeatedly shown to contradict his own story, made up the whole account, the work has been categorized as fiction.

How Did The Montauk Project Inspire Stranger Things?

Stranger Things was based on The Montauk Project, which had the working title “Montauk” at one point.

The show’s copyright claim was deemed as “totally meritless” by Stranger Things creators Matt and Ross Duffer in April 2018.

Charlie Kessler, the director, filed a lawsuit against the two, alleging that they had plagiarised ideas for the well-liked Netflix series from his 2012 short film Montauk and his feature picture script, The Montauk Project.

At a gathering held in 2014 at the Tribeca Film Festival, the filmmaker allegedly offered the project to the Duffer brothers.

The lawsuit claims that “the script, ideas, story, and film” were discussed with the brothers before being included in Stranger Things.

Regarding the possibility of a connection between the show and the “actual” Montauk Project, the Duffer Brothers have kept mum. They have only expressed how “extremely terrible” it was to stop using the name Montauk.

How Much of The Montauk Project is in Stranger Things?

If you find out what the alleged experiments in the show involved, the connection between it and the conspiracy becomes much clear.

In his books, Nichols writes of his time at Camp Hero working on the secret experiments, particularly in the 1970s when he claimed to have helped develop a piece of furniture called the “Montauk Chair” that used electromagnetics to amplify psychic skills.

Furthermore, Nichols talks about the exploitation of young boys for research, some of whom were even sent through a portal into the nothingness of spacetime.

In Nichols’ book, these abductees are known as the “Montauk Boys,” and ever since Nichols started discussing their recovered flashbacks, other Long Island men have “learned” that Camp Hero scientists frequently abducted them from their homes to “break” them psychologically so that they could instill subconscious commands.

After years of testing, according to Nichols, they could reliably go to a range of times and places, including Mars.

Nichols’ superiors once instructed him to switch on the Montauk Chair and leave it operating until August 12th, 1983.

The Montauk Project is said to have successfully opened a time vortex to 1943 by activating another time machine.

Are all the reports of the Montauk Project merely another conspiracy theory, or do you think there may be some truth to them? Which do you believe? Do share your thoughts and stay tuned for more such amazing posts!