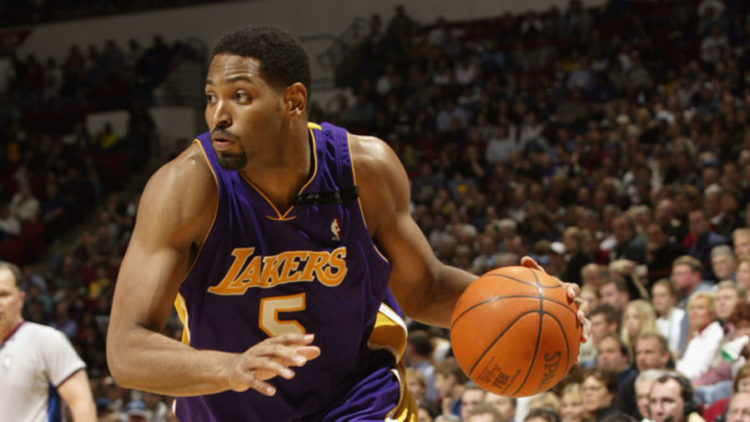 Robert Horry recently shared a shocking incident from his career. We know that the result of any form of sport can change in seconds. In fact, a single mistake can take the game away. In cricket, we have seen that a single dropped catch can change the fortune of an entire team. Similarly in football, a single miss-kick separates two teams. In basketball too, a single move decides the game. Such an incident occurred with Horry. However, for him, the consequence was a bit more painful.

We have seen that NBA players get a lot of nicknames. However, most of these nicknames are nonsensical. However, the nickname Robert Horry is not nonsensical. Rather his nickname seems to match him perfectly. During his playing career, he became known as Big Shot Bob. He got this nickname due to his ability to knock down big jumpers in crucial moments. However, he also had his share of misses and regrets.

Recently on The Dan Patrick Show, Horry revealed that even now, he is unable to forget one missed shot from his career. That missed shot, during the 2003 NBA playoffs cost him $6 million! Surprised? Read the article to know more about the event.

The Incident By Robert Horry

At times, missed shots have no consequences. But when they have, the consequences might become too expensive. You don’t believe it? Well, Robert Horry can make you believe the unbelievable.

Also read: Milwaukee Bucks Get Ready To Face The Heat of The Boston Celtics

In The Dan Patrick Show, Dan Patrick asked Horry if any misses still haunted him. Replying to this query, Horry admitted that there is a miss which haunts him even now. He remarked further that the miss cost his $6 million! Robert Horry then proceeded to tell the story. He stated that the missed shot that he was talking about was from his last season with the Lakers, in the playoffs. Horry narrated that he was having a terrible playoff that season. Game 5 was being played in the home ground of the Spurs in San Antonio. Towards the end of the game, Kobe passed the ball to Horry, who missed the three-pointer shot.

In fact, in that game, Kobe nearly led the Lakers to a 25 -point comeback win. But the missed shot of Robert Horry in the dying seconds of the game led to the Lakers’ loss. Ultimately the Lakers also lost the last game of the series in their home and that ended their season. Horry in the show stated that due to that miss, the Lakers didn’t re-sign him in the next season.

According to him, that year would have been a “big year” for him. He further added that he would have made “$6 million that year, so that shot cost me a lot of money”.

However, in an old Players’ Tribune piece, he offered a slightly different version of the incident. He stated that the Lakers were interested in getting Karl Malone. So they left him.

Though that miss resulted in a painful divorce between Horry and the Lakers, things worked out well enough for Horry in the end. He did not earn $6 million a year. But as he landed in San Antonio he earned $15 million across five campaigns. At Texas, he won two additional championships, while the Lakers didn’t win anything until his retirement. He also thanked the Lakers for giving him an opportunity to prove his worth. Thus, Robert Horry had the last laugh. Perhaps that might have made up for his loss.

Thus Robert Horry finally made up for his ‘loss’. At San Antonio, he went on to show the Lakers that they were wrong in showing him the door. He went two championships. But the Lakers went title-less till Horry’s retirement. It seems that Big Shot Bob had the last laugh. Yet, the ‘loss’ haunts him even today.