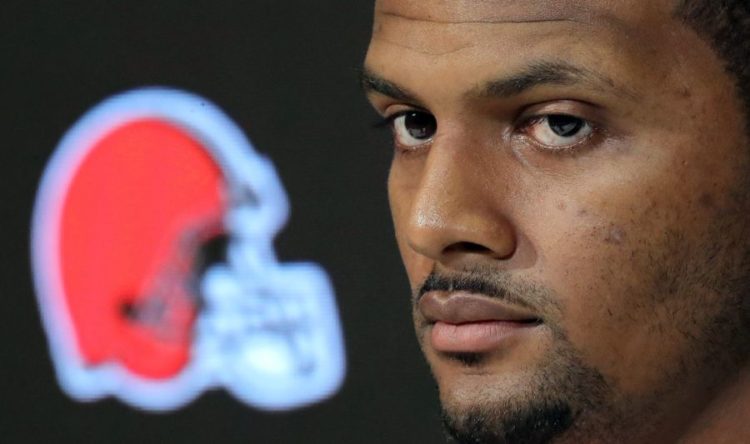 Deshaun Watson is going through a rough patch. There are allegations of se*xual assault against him. In fact, Tony Buzbee filed 24 lawsuits against him. As a result, he had been out of the league for a year. Thus, he is currently trying to move forward in his career with a new team. However, there has been a ray of hope for Deshaun Watson. Recently two grand juries declined to indict Deshaun Watson on criminal charges.

Moreover, the Cleveland Browns recently signed him for a record-breaking $230 million guaranteed contract. In spite of all these, the charges of se*xual assault still haunt Watson and his new team.

In various media outlets, these allegations are still making headlines. Recently the New York Times published a report that reveals new information about the Watson issue. Read the article to discover more about the issue.

What Exactly Did The NYT Discover?

Jenny Vrentas of the NYT recently tweeted to share an update on the Watson issue. She revealed some shocking details about Watson. Click the link below to see the tweet:

Vrentas checked all the evidence and dispositions of the lawsuits related to Deshaun Watson. She also checked the interviews of some of the victims. After going through all these she discovered that Watson’s previous club might be involved in the controversy. She said this as the Houston Texans provided some of the venues that Watson used for the “appointments”.

Therefore she stated that the club seems to be involved in Watson’s conduct, knowingly or unknowingly. She claimed that one of the representatives of the club provided Watson with a nondisclosure agreement after one of the victims threatened to sue him.

Also read: Know The Real Story Behind Why The American Rapper Pharrell Williams Made Madonna Cry

Other Disturbing Details About Watson That The NYT Revealed

Previously, we knew that Watson employed 40 different massage therapists during his five seasons with the Texans. However, the NYT found that Deshaun Watson made appointments with “at least 66 different women” within a span of 17 months.

Vrentas reports that some of these additional victims publicly commented on the issue for the first time. In fact, two women recently came forward to file lawsuits against Watson. This very fact strengthens Vrentas’s claim.

At present, Watson is practising with the Browns. Therefore he is travelling between Cleveland and Houston. Vrentas claims that at Houston Watson met the investigators of NFL and “is giving depositions in the lawsuits”. She further added that if the cases are not settled now, then they will be settled after the football season.

Deshaun Watson is in a tight situation. The charges against him are serious. The Browns invested a fortune in him. This is a ray of hope for Watson, as he will be able to play again. But for the Browns, it has become a cause of concern. They are claiming that they have done nothing wrong in the Watson deal. But they must also be aware that the situation for Watson is getting worse. The two new lawsuits have made the total count, 24.

Moreover, the NYT report published recently has made additional discoveries. Vrentas has claimed that there might be more victims coming forward to sue Deshaun Watson. The recently filed lawsuits strengthen her claim. Moreover, if new evidence proves the involvement of  Houston Texans in the case, the lawsuits might take a serious turn.

Therefore, Watson’s future is hanging by a thread. The NFL might suspend him partly from the game. However, if the judiciary takes serious legal actions against him, then Watson’s playing career might collapse. Therefore, this is a cause of concern for the Browns.

Also read: Mike Joy Gets His Facts Incorrect and Kenny Wallace Points It Out