The New York Yankees: Strive for The Lost Glory 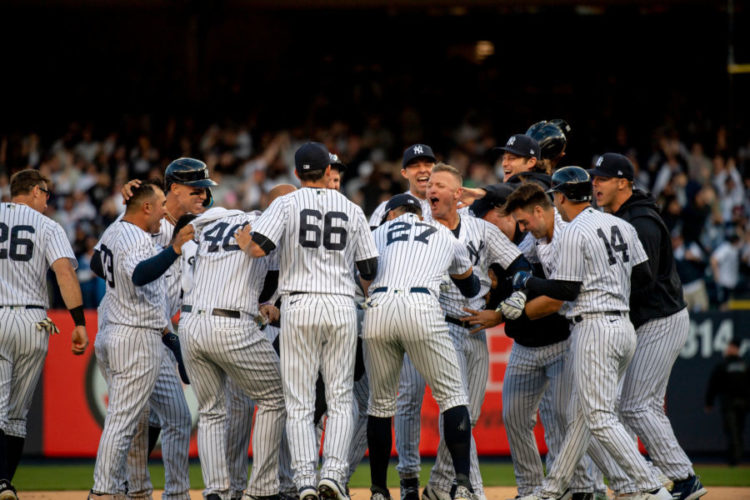 The New York Yankees are the unmistakable giants in the world of baseball. Any baseball fan, who is aware of the history of the Yankees, is aware of the cause of the fame which they enjoy. The Yankees have had a glorious past, with 27 championships under their belt. Legends like Gehrig, DiMaggio, Ruth, and Mantle. These legends have turned the Yankees into a synonym for baseball.

Who are the Yankees?

Since then, the Yankees have unturned out to be the most successful baseball team in America, bagging the World Series championships for a record 27 times. Moreover, they have also made records by winning 40 American League pennants and 19 American League East Division titles.

Aaron Judge and the Yankees today

Every generation has its own heroes. Therefore, Gehrig, DiMaggio, Ruth, and Mantle are nothing but memories now. The present is Aaron Judge. This 6-foot-7 right-fielder, with his commendable performances, is slowly making his way into the record books. He has turned out to be a stand-out performer for the Yankees.

However, Aaron seems to have a great sense of the future. That is why, he rejected a seven-year contract extension for $30.5 million per season, offered by the Yankees. He believed that a great season can significantly raise the offer amount as a free agent. The season is turning out to be a great one, with the Yankees seated at the top with 2.5 games ahead in the AL East. Therefore, they seem to be on the way to adding another feather to the cap.

It is for the first time in a century that the Yankees have not appeared in a World Series for an entire decade. The last October, they lost a Wild Card game to their rival Red Sox. However, in the fifth year under their manager Aaron Boone, the Yankees seem determined to end their title drought. The manager also seems confident as he believes that his team is a much better one.

Speaking about his team’s unsuccessful run in the last season, Boone admitted that pitching was a problematic area for them last season. At the same time, he claims that the problem has been solved this year, and they are now ready to achieve greater milestones this season. Therefore, the Yankees are now seen as favorites to win the World Series, as they will now try to get back the lost glory.

The Yankees are in great touch. They enjoyed a winning streak of 11 games. During this streak, Aaron Judge hit nine home runs and 17 RBI. To add to this, Giancarlo Stanton hit three home runs and Anthony Rizzo equaled Judge’s tally of nine home runs. The hard-throwing hand of the team has garnered much admiration this season.

In this season, the pitchers have thrown balls at an average speed of 95 mph. On the other hand, Michael King and Clay Holmes have allowed only two earned runs in 31 innings. Thus, the Yankees this season have displayed a formidable show of strength and skill, thereby calling up images from the past days of glory.

However, it will be a challenge for the Yankees to keep up the form for the rest of the season. They are yet to face the Rays and the Red Sox. But the manager and his team are confident. They look determined to snatch the lost glory this season. That being said, we can only hope for the best.

That’s it for today.