When will The Owl House Season 2 Release: All We Know 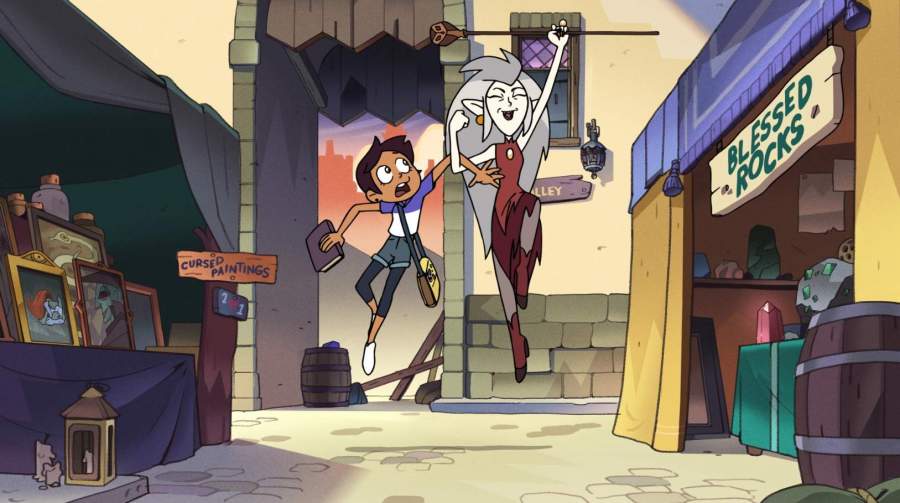 When will The Owl House Season 2 Release?

Disney has renewed the series for season 2 and the fans are very happy about it. Even before the premiere of season 1, we got the information about season 2. Then on November 11, 2020, the Twitter account of The Owl House posted the update regarding the series. They shared that The Owl House will premiere sometime in mid-2021. Many viewers gave positive comments for this news that shows us that many are waiting for it. You can also watch The Owl House season 2 trailers.

The director had very early ideas of creating a series about a girl learning to be a witch. Furthermore, Dana Terrace decided to create The Owl House with surreal visual elements. Hence she became the fourth women to create a series for the Disney channel. Also, you can watch the entire season of the first season on Disney+.

What would be the story of The Owl House Season 2?

Luz Noceda is a teenager who comes across a portal to another world. So instead of going to the juvenile detention camp, she enters the portal. Then she finds an archipelago inside the portal known as Boiling Isles. The island made with the remains of a dead titan. Moreover, she meets and befriends witch Eda Clawthorne who has another name “The Owl Lady”. The witch lives with her cute demon named King. Although Luz does not have any magical powers she aspires to become a witch. She starts to serve as Edna’s apprentice and finds a new family.

What can we expect from The Owl House season 2?

Luz feels anxious about how things will turn out. They also get chased by a spy who is sent by Belos. So in season 2, we will see the events that will unveil after this. As the portal is gone Luz cannot go back to the world. But some fans believe that she will find some way to find a new portal. In season 2 we will see whether Luz can go back to her mother. We will also get to see some of the new encounters of Luz, Edna and King. Moreover, we will see how they get rid of the bad Belos who is making havoc in the world.

The main character is Luz Noceda. She is a very curious teenager. Then she enters a world through a portal where there are magical creatures. But humans get treated as the lesser creatures in this world. Furthermore, being the only human in the Boiling Isles she tries to become a witch. She is a kind-hearted girl who is eager to create her own identity.

Another main character of the series is Edna Clawthorne. She is a courageous witch who is one of the wanted magical beings of the boiling Isles. Then after meeting Luz she becomes her mentor. She is a tall woman with the looks of a witch. Also, she has no regard for the laws and constantly tries to break them. Her pet King is another major character of the series. He is a mix between a canine and a feline creature. Also, he is a loud and feisty creature who has a great sense of humour.

This is the information we have gathered about The Owl House. Get ready to watch season 2 soon.

Also read: 9 Most Anticipated Anime of 2021, We are Waiting to Watch