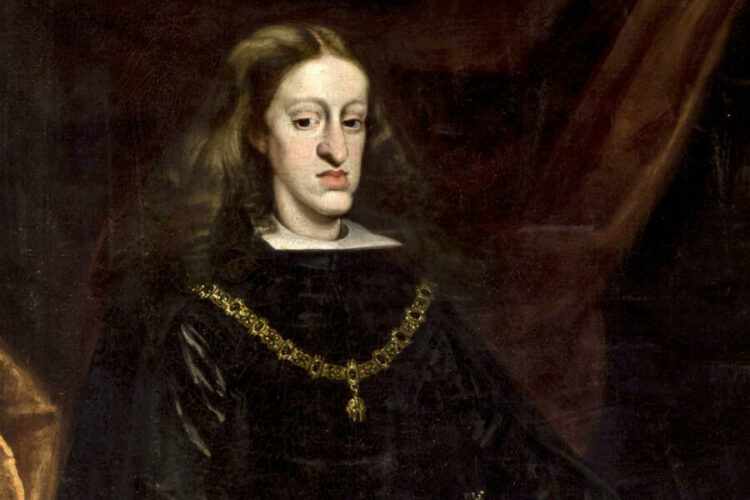 During the Spanish dynasty, most kings and queens had distinctive facial deformities. They had a unique facial deformity with an elongated jaw called the ‘Habsburg jaw.’ Such a dynasty ruled Europe from the 16th to the 18th century.

The new study found that it resulted from family inbreeding. Also, modern researchers found the truth behind the infamous Jaw. Due to the generations of inbreeding, this issue happened as a result. This problem continued till the generation of Charles II, the final male king. He even had a problem of incapability to produce children. Thus, there persists a great end to Habsburg Rule.

What is the Habsburg Law?

The Habsburg dynasty was one of the popular European dynasties between the 15th and 20th centuries. Such Habsburgs were the German family. They had the physical trait due to the royal family’s inbreeding. To maintain their power and rule, they all relied on close-relatives marriage. Such culture involves a marriage between close relatives leading to physical problems. They are jutting the chin or protruding bottom Jaw.

All the artists who lived in those centuries couldn’t hide such a jaw problem while painting portraits of kings. Such a condition even made those kings prevent eating or speaking properly. Doctors usually call this condition to be Mandibular Prognathism.

Finally, modern science found the reason behind this issue. The Habsburgs began to marry their close relatives, like first cousins with their nieces, to keep up their power.

Inbreeding is the main reason for Habsburgs to maintain and hold power over various generations. But this caused many health issues like infertility, elongated Jaw, etc. The Italian diplomat Antonio is a great proof of the Habsburgs having an elongated jaw. He explained the future king Charles V had long, pale skin and an elongated jaw.

In 2019, based on a scientific study, there is a clear link available between the Habsburg jaw and inbreeding. After analyzing many portraits of the Spanish dynasty, it was clear about the jaw signs. Even they had a maxillary deficiency in which the upper jaw bones won’t develop properly. There are a lot of things shown as the result of inbreeding. Amongst those, the worst condition was this Jaw.

The Royal Family Affected by the Habsburg Jaw

One of the famous Habsburgs was not from the Spanish empire. But still, she didn’t manage to avoid the projecting lower lip problem. It was the Marie Antoinette of France, who looked good but had a projecting lower lip. But she was fine when compared to other rulers of Spain. One such example was the last Habsburg ruler of Spain, who was famous for taking the throne in 1665.

Royals Who had the Worst Habsburg Jaw

The Holy Roman Emperor’s Family of five members had the worst Jaw. As per the report, five of the family members suffered from this Jaw include,

Among these five members, Charles II had many health disorders like epilepsy. It was entirely due to the inbreeding of 16 generations. For instance, Charles’ aunt and grandmother were the same people. Then, his father’s niece was his mother. Soon after the death of Charles II, the autopsy report gave shocking facts. He didn’t have a single blood drop in his body with a peppercorn size heart. Then, he had corroded lungs with rotten intestines. Also, the king had a single testicle like coal, and his head had water.

Additionally, Charles II had a jaw that prevented him from chewing his food. This is because his upper and lower teeth didn’t meet at all. As he couldn’t eat properly, he had several healthy stomach issues and other problems like an oversized tongue.

There is a great link between the Habsburg jaw and the inbreeding of the royal family. Based on the scientific study, researchers issued the first paper. In such a paper, they understood the reason for the notorious deformity. According to a researcher, Professor Roman Vilas, there is a positive relationship between this Jaw and inbreeding. The professor completed his graduation from the University of Santiago.

Vilas and his team worked toward this problem. They got the help of facial surgeons to analyze more than 12 portraits of the Habsburgs. They analyzed all the factors such as

After analyzing all the above factors, facial surgeons and Vilas’s team understood the fact. They also found that Charles II had the greatest deformity on his face. He even had jaw issues and difficulty chewing food.

The research didn’t stop here itself. But they went on analyzing the family and its unusual genetic nature. So, the fact is that the Habsburg dynasty will serve as a human laboratory for researchers. They can analyze and do more things. Thus, the fact is clear that the reason for this Jaw was the royal family inbreeding.