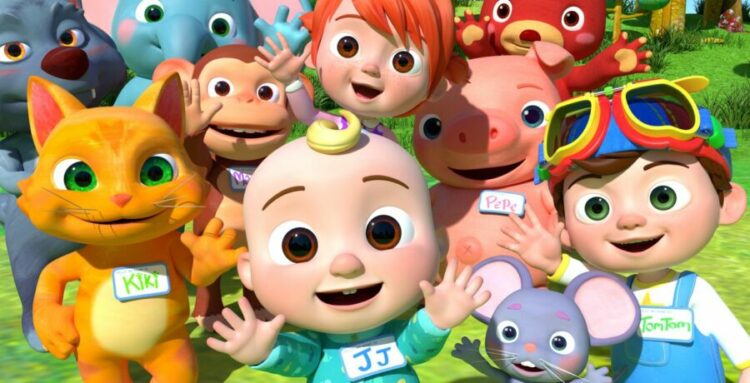 There are very few children who do not watch the YouTube channel and streaming media show, CoComelon. Well, not only kids but many adults also enjoy watching the entertaining and heartwarming series. It mainly specializes in 3D animation videos of both traditional nursery rhymes and their own original children’s songs.

Well, there is a piece of good news for the fans of CoComelon. Recently, Moonbug Entertainment and EMC announced that the hit children’s series, highly popular on YouTube and Netflix, will embark on the next leg of a North American tour. It will feature more than 65 cities.

So get ready as CoComelon’s LIVE JJ’s Journey kicks off at the Lyric Theater in Baltimore on Friday, Sept 16. In fact, after that, you will also get to see a show at the Memorial Auditorium in Raleigh, North Carolina, on Sept 17. Tickets will be available soon. Would you like to know more about it? Stay tuned to us until the end, as we will share some of the interesting aspects of the show here.

Since you are reading this article, it is evident that you are eager to know about the updates regarding CoComelon’s live show. Well, you are at the right place as we will share some of the significant details of the show here. As we already said, CoComelon LIVE JJ’s Journey starts at the Lyric Theater in Baltimore on Friday, Sept 16.

This live show will follow another show at the Memorial Auditorium in Raleigh, North Carolina, on Saturday, Sept 17. So tickets are to be on sale from Friday. In fact, the first set of dates for the live show will include Ft. Lauderdale, Florida, on Sept. 20, Atlanta on Sept. 24, and Memphis, Tennessee. On Sept. 26, in Austin, on Oct. 2, San Diego, California, on Oct. 8, Los Angeles on Oct. 9, and Las Vegas on Oct. 10. The authorities will announce more dates soon.

Also read: How did Peppa Pig Die in the Alternative Backstory?

What will Be The Show All About?

So, according to a press release, “JJ’s Journey” follows JJ and his family as they are “putting on a show where JJ is writing his own song, and he needs a little help. In the end, JJ learns that by using his imagination, he can create, solve problems, and have wonderful adventures, proving that with a little help from your family and friends, you can make your dreams come true.” Pretty interesting, don’t you think?

The show will have more than 20 songs, including new original tunes. Needless to say, it is a “fun-filled, interactive musical romp with magical special effects,” according to the press release.

So naturally, fans and the press have raved about the tour’s first leg. The press release says, “The visuals and choreography were nothing short of amazing!” and “So much fun for the kids and even the adults!”

Let us check out what the producer of the show, Glenn Osher, says, “If you know kids who are obsessed with CoComelon and parents or family members who catch themselves singing along, this show is the perfect combination of a high-quality production for adults and consistent audience engagement to keep the kids entertained.” He also added that they are indeed very glad for the coming back of JJ and his family. So they want to share their exciting journey with other families around the country.

How Much Popular is CoComelon?

As you know, CoComelon is the world’s most streamed children’s entertainment program. Did you know the show had 33 billion minutes last year? Yes, this is more than the combination of Netflix hits Squid Game and Bridgerton, according to market-measurement firm Nielsen.

According to Tubular, CoComelon had 3.6 billion views on YouTube in January. In fact, three-quarters of the views were from outside the U.S. Moreover, CoComelon was a Top 10 show on Netflix for more than 100 straight days in 2021. In addition, its music is streamed 1.3 million times daily on Spotify.

Why is It So Popular Among Kids?

Many of you might think that CoComelon is only a rating juggernaut. However, it is not so. It’s also a model for a new approach to children’s TV. Needless to say, the educators who developed hits like Sesame Street and SpongeBob SquarePants had to fight for years to get their shows on the air.

So naturally, a room of adults could toil on a concept that helped kids learn important ideas. However, they could only find out that the viewers were not interested. Therefore, CoComelon is part of a push to eliminate such guesswork. But we can also say that the pandemic is one of the reasons why kids started watching it even more.

Well, the success of the show is attracting big money. As you know, in November, two Disney alums acquired Moonbug for $3 billion. They were also backed by the private-equity firm Blackstone. Since then, the company has rolled out a CoComelon live tour, a Spotify podcast, and just about every form of merchandise you can imagine, from bubble machines to throw pillows. Quite an interesting way to increase profits, don’t you think?

Is There a Dark Story Behind CoComelon?

Needless to say, Netflix’s record-breaking show CoComelon has become one of the most popular kids’ shows ever. Even though people consider it as a show just for kids, there’s a nod to the Watts family in one of its many songs. So parents who tuned in for the moment immediately recognized the Watts family’s names.

Therefore, there are speculations that Cocomelon probably has characters based on the Watts family murders. In fact, it is also featured in Netflix’s American Murder. Don’t you think it seems counterintuitive, especially for a show like Cocomelon? Well, it is so popular because it’s basically the secret to subduing young children with an hour of happily animated nursery rhymes. Even though there might be a link, it is not based on them.

So as we conclude, we can say that CoComelon is one of the most popular kids’ shows. It has broken many records already and is continuing to do so. Each one-hour episode features around 20 songs for toddlers and preschoolers. You can watch it with your kids as well!

Also read: Baby Shark Song History, Origin and Why Do Children Love it?