The Sudden Disappearance of Alissa Turney: Know About The Case 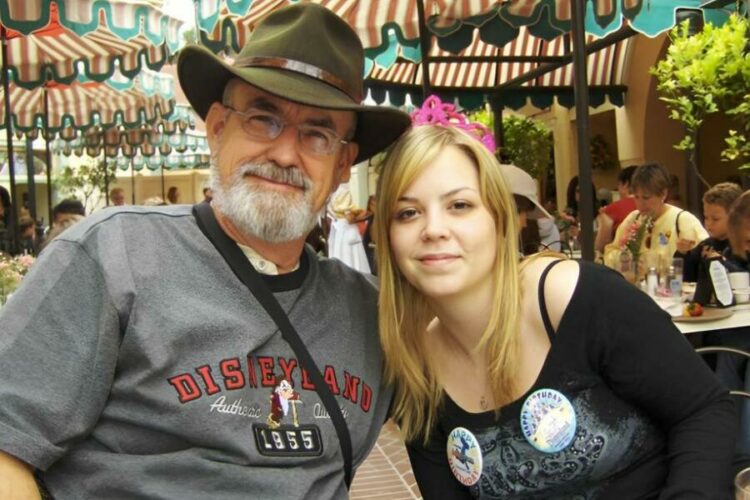 Authorities have accused Michael Turney, the stepfather of the missing 17-year-old Alissa Turney, of second-degree murder, nearly 20 years after the high school student vanished. After a grand jury handed out the indictment, Michael was reportedly detained on Thursday, August 20, in Arizona, according to the News.

Authorities have still not located Alissa’s body as of yet. What fresh information was introduced into the case that resulted in the 72-year-old victim’s stepfather’s arrest is still unknown. For more information on the case, keep reading.

Alissa Marie Turney, who was born on April 3, 1984, led a life that appeared to be average. Her stepfather, Michael Turney, who had taken her in when her mother passed away from lung cancer, had raised her in a blended household.

Although her four older brothers had left the house, Alissa continued to reside there with Michael and her younger sister, Sarah. She was an average student with ambitions outside her Arizona city of Phoenix, a boyfriend, and a part-time job at Jack-In-The-Box.

At Paradise Valley High School on May 17, 2001, Alissa was last seen. Sarah Turney, the victim’s sister, stated to Dateline that Alissa was eager for the summer and intended to go to a graduation party that evening.

On her last day of school, Michael claimed to have picked up his stepdaughter at 11 a.m., and the two had lunch together before she vanished.

Michael stated that the two had a disagreement over Alissa’s desire for more freedom. Alissa apparently fled to California after Michael left to run errands, and when he got home, he found a note claiming that Alissa had fled. Police concluded that there was no foul play at the time.

Even though the case went unsolved for a while, the Phoenix Police Department’s Missing Persons Unit reopened it in 2008 after concluding that there had been foul play involved.

Alissa was 17 years old and had no mental or physical health difficulties at the time, so there were no indications of foul play or an emergency, according to Sergeant Maggie Cox, who spoke to Dateline. The detectives from the Missing Persons Unit started looking at new evidence in the case in 2008.

How Suspicion Fell on Michael Turney

Nobody continued to inquire about Alissa Turney for seven years. The authorities started to reexamine Alissa’s disappearance, nevertheless, after a killer by the name of Thomas Hymer gave a bogus confession to killing her in 2006.

In 2008, the Phoenix Police Department’s Missing Persons Unit made the decision to reexamine Alissa Turney’s disappearance. 200 people who knew Alissa were questioned in this regard. Soon after, they learned some disturbing information regarding her stepfather Michael.

Authorities also looked into Alissa’s stepfather more as a potential suspect due to claims of sexual abuse against him.

Hours and hours of “surveillance” video that Michael had recorded of Alissa using home cameras were found during the police investigation, along with contracts that Alissa had purportedly “signed” stating that Michael had never assaulted her.

Authorities acquired a search warrant for Michael’s house in 2008 since Alissa had lived there. Nearly 20 high-caliber assault rifles were discovered during the inquiry, along with a vehicle full of gasoline cans, two homemade silencers, and 26 bombs with gunpowder.

Michael was sentenced to 10 years in federal prison but only spent seven of those terms after pleading guilty to possessing pipe bombs two years later.

And Sarah Turney, who was distraught and upset, was informed that building a social media following was the best approach to continue her sister’s case. So she carried it out.

To raise awareness for her case and expose her sister’s absence, Sarah started sharing videos on the popular app TikTok. “Whether you want to believe it or not, it’s grown into a crucial outlet for Alissa’s tale. Since I started using that app a month ago, I’ve gotten more attention in this case than I have in the previous ten years combined,” she told Dateline.

“I’ll make sure it never goes away because this is not going away,” she said. “She still comes to mind as the strong elder sister who showed me the limits. I must now maintain my toughness and use it to pursue the justice that she deserves. She deserves to have her day in court. I’m committed to giving her that.

Sarah tweeted as soon as she learned of Michael’s arrest: “I’m sobbing and trembling. You guys, we did it. He’s now in custody. Wow, many thanks. #justiceforalissa Never give up trying to seek justice for yourself. Although it took almost 20 years, we succeeded.”

Also read: Who is Candy Montgomery: Where is The Lady Now?