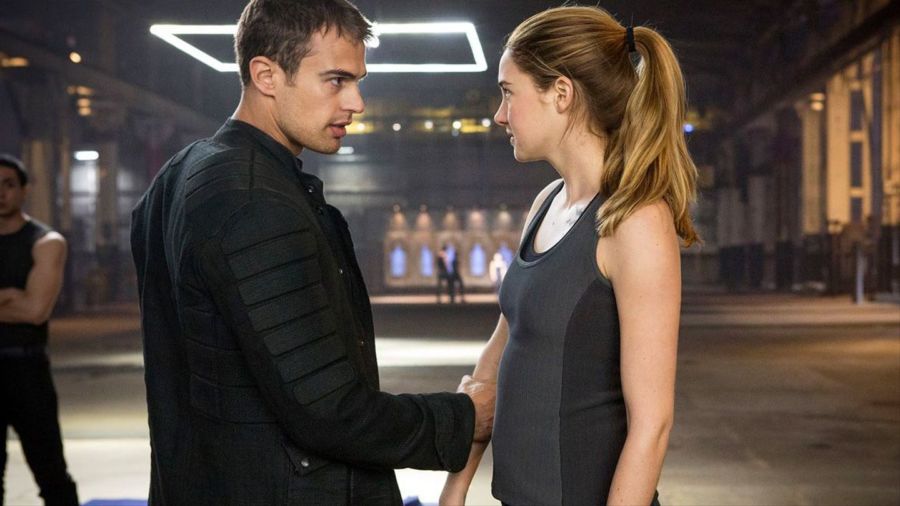 Are you a Divergent fan? Well, then you must have also shipped the handsome Theo James with the gorgeous Shailene Woodley, right? Even though it’s been a long time since the makers released the last Divergent movie in theatres. However, that has not stopped fans from talking about Shailene Woodley and Theo James. They might have different partners in their real lives, but fans can’t seem to see them apart in the reel world. If you have watched the movie, you will know that the actors seemed to get along well with each other.

Therefore, there were speculations from the media and fans that they were probably dating. But what was their relationship actually like? Do you want to know it as well? Stay with us until the end, as we will share some of the current gossip about their relationship with you. Let’s have a quick glance!

Both Shailene Woodley and Theo James might be quite young; however, they are some of the most popular celebrities in the showbiz industry. Their amazing performance in the Divergent series made them highly popular. Let us first discuss Woodley before moving on to her co-star James’ life. On November 15th, 1991, this American actress was born in San Bernardino, California. Therefore, presently she is 30 years old. Woodley achieved wider recognition for her role as a teenage cancer patient in the romantic drama The Fault In Our Stars prior to the Divergent series.

This series also earned her a nomination for the BAFA Rising Star Award. Apart from this, she has also received many awards for her roles in several hit projects. Despite being an actress, Woodley is also an environmental activist and serves as a board member of Our Revolution’s political action committee.

On the other hand, the English actor Theo James also has a glorious acting career. He was born on 16th December 1984 in Buckinghamshire, England. Therefore, he is 37 years old currently. We mostly know him for portraying Tobias “Four” Eaton in The Divergent Series film trilogy.

Needless to say, apart from this science-fiction series, he also starred in the horror films like Underworld Awakening in 2012, Underworld Blood Wars in 2016, and a few other hit projects. In May 2022, he starred in the romance series The Time Traveler’s Wife. He is all set to play a regular series role in the second season of the satire series The White Lotus. Outside his acting career James was the singer and guitarist of the London-based band Shere Khan which disbanded in 2012.

How were Shailene Woodley & Theo James As A Couple in Divergent Movies?

Many of you who have watched all the Divergent movies will know that both Woodley and James gained immense popularity with this movie. So in these movies, James portrayed Tobias “Four” Eaton and Woodley as Beatrice “Tris” Prior. In fact, both the actors had a lot in common among themselves. They also decided to transfer to the Dauntless faction from Abnegation.

In addition, if you have seen the first film, you will know that they are both hiding the fact that they are divergent from the rest of the world. Also, the relationship between Tris and Four was a bit of a slow burn. According to James, it was similar between him and Woodley. Even though the pair had instant chemistry, the Downtown Abbey alum admitted a bit of trepidation at the beginning.

As per the sources, Woodley was already at the peak of her successful career when she started acting in Divergent. Therefore, James did not quite know what to expect when he met her. In fact, in an interview, James had also explained the parallel between their reel and real-life characters.

In an interview, James shared about working with Woodley that their relationship naturally mirrors the relationship between Tris and Four. It’s pretty natural that when you are starting a movie, you don’t really know each other; therefore, there is bound to be an awkward feeling.

Moreover, you might also have questions in your mind as to who are these people? How will you work with them? When you get to know each other well, true feelings of friendship and caring come in.

Furthermore, James explains how his natural rapport with Woodley was similar to their characters. “And that’s the same with Tris and Four,” he added. Just like Tris does not know how Four is or his agenda, Woodley and James had similarly begun their friendship.

Even though Tris pisses Four off, he has an affinity and instant love for her; this is the way their story progresses and becomes a love story.

Even though Tris and Four might have had some tense moments at first, it was not the case with Woodley and James. The young actors seemed to hit it off right from the beginning. In fact, the pair’s natural chemistry made their reel life love story so realistic throughout Divergent. With time, the duo developed a real friendship with each other.

In fact, James himself comments that Woodley is a very open-minded and funloving person. According to him, if you have a bit of natural chemistry, inevitably, you are going to make the scene better. Since the actors had a great bonding with one another, they could do absolute justice to their reel life characters. So you can well understand that the celebrities indeed share an amazing friendship.

So as we conclude, we can say that both Theo James and Shailene Woodley are some of the most popular and talented stars of this generation. They are not just good-looking but also great actors. However, it was their role as Tris and Four in the Divergent series that they became immensely famous. Despite Theo James being married and Shailene Woodley having a partner, fans are still shipping them together.

This is because of their role as a couple in the science fiction series that fans can’t see them apart from each other. We hope they keep starring as the titular characters in this series or pair up for other shows.

Also Read: The Journey of Franco Baldwin and Elizabeth’s Romance in ‘General Hospital’