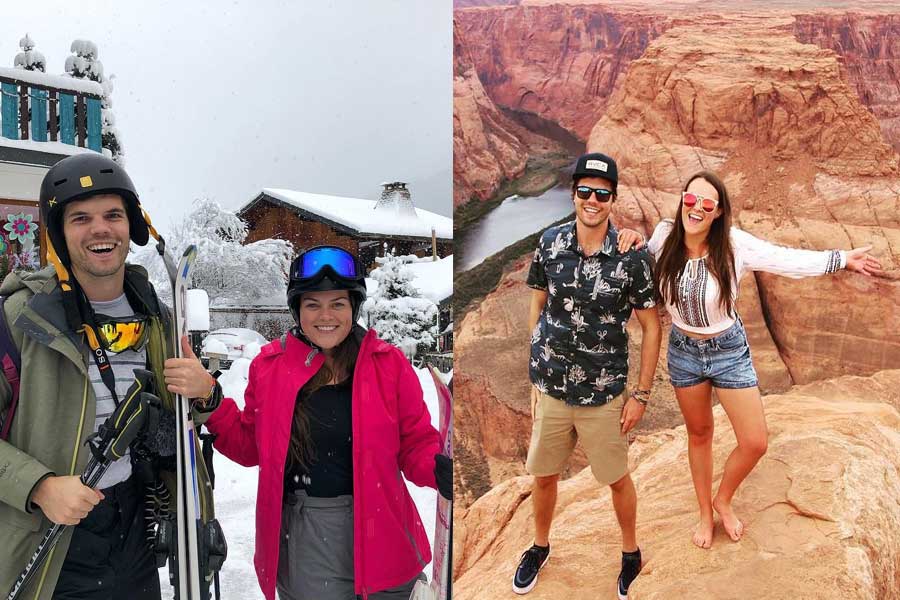 Meet this young couple from New Zealand, who chose a slightly different model for earning a livelihood. Well, their mode is not just different but also admirable. The couple took a lot of people with a shock when they left their previous career in order to pursue their new career, which is travelling. Who doesn’t want this life? It seems a nomadic one but every single day is exciting worth living. They don’t just travel for fun but they do earn a 6 figure income by their travelling.

And now they are sharing their secret of such a life and how they are taking it.

Nathan Buchan, 26, left his previous career and chose to be a travel blogger for earning a livelihood out of it. Later, his girlfriend Hannah Martin, 25, joined him, too. And the couple earns in 6 figures from their new job.

Nathan worked as a plumber, he knew that this wasn’t his ideal job. He wanted to do something different. Something that would make him happier. It was three years ago when he decided to take up travelling as his fulltime job. He thought things over and started blogging World Nate.

“It was the middle of winter and it was so wet and started hailing. I was getting hit in the face with hailstones that were bouncing off the ground and I was lying in the mud. I never thought ‘screw this I want to be a travel blogger’ but I wanted to create a life on my own terms, where I could be my own boss. I knew if I could make a living online somehow I could travel more so I focused on that.” – Nathan

Nathan spent some money on creating a blog and saved some for his trip to Vietnam.

“I thought if I could live somewhere cheap while getting it rolling I would be able to make it work. So I lived in a cockroach-infested hostel in Panama for a month, did a lot of activities around there and it paid off.” – Nathan

“Numerous times I questioned what the f**k I was doing and I think most of my friends and family were wondering the same thing. My boss was angry when I quit but I just had to try something different.” – Nathan

Also read: 7 Awesome Female Solo Travel Bloggers Who Can Give You The Best Travel Advice

His girlfriend Hannah Martin still had a year to complete her degree in accounting. After finishing the degree she soon joined Nathan. She says “As soon as I grabbed my pretty little piece of graduation paper I packed everything I could into a backpack and left.”

Nathan explained how they make money “I make commission per sale I make for the company I promote these posts on Facebook and over time, I can make thousands per post.” The couple earns on based of commission they make via recommending a link of a company.