The Truth Behind The Brutal Murder Of 17-Year-Old Girl, Junko Furuta 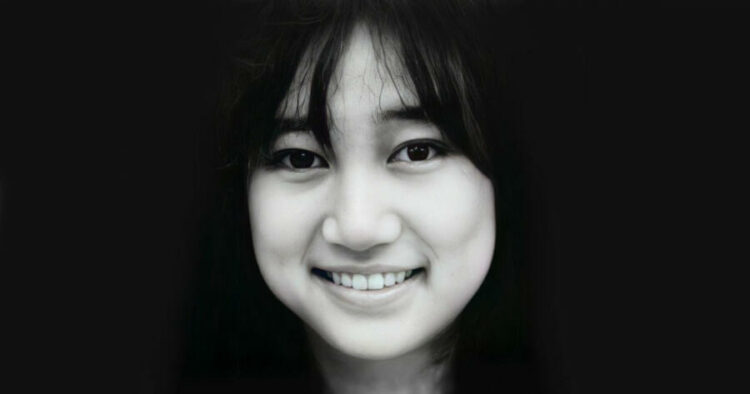 This is a real story that you will make feel shattered. This terrific story is about the rape and brutal murder of a 17-year-old Japanese girl, Junko Furuta.

The group of four teenagers kidnapped, tortured, raped, and killed her. They tortured her for 44 days and killed her in 1988. The police officials found her body in a concrete drum. Thus, this murder case got the name to be a ‘concrete-encased high school girl murder case.’

People might have heard about different murders. But this murder case is not unimaginable and the cruelest way of killing a girl.

The most shocking fact is that the four high school boys committed this huge crime. Another fact is that you will not imagine that the girl needs to go through her last 44 days cruelly.

Who Was Junko Furuta?

Junko Furuta was a Japanese girl who was raped and killed by four teenage boys. She was just 17 years old at the time of the murder. Junk was studying at Saitama Yashio-Minami High School in Japan.

Like other normal students, she had dreams and ambitions that she couldn’t fulfill. Furthermore, the girl had some good qualities that her classmates loved.

Moreover, the girl had good habits and never smoked or drank. She even stayed away from drugs. She looked beautiful, and a boy named Hiroshi Miyano loved her. One day, Hiroshi went directly to Junko and proposed to her.

But Junko didn’t have any interest in him and, thus, denied his proposal. Because of rejecting his proposal, Hiroshi became furious and decided to take revenge on her.

Here Is The Actual Story Starts:

On November 25, 1988, Junko returned to her home after doing her part-time job. She was going on her bike, and a random person passed by, making her fall on the road.

Hiroshi went to her and acted like helping her. Without understanding his act, Junko was about to relax. But suddenly, three boys and Hiroshi kidnapped her.

The four kidnappers are

The kidnappers took Junko to a house in Adachi, Tokyo. It was one of the kidnappers’ parents’ houses. The four teenagers made Junko call her parents. They tortured her to inform them that she was staying with her friends for some time.

Then, the four cruel boys started to torture the innocent girl. Almost 100 different people raped her more than 500 times. No one can even imagine how much pain the girl may suffer from these boys.

Even there should not be a nightmare like this. The four teenagers were heartless and engaged in a cruel and horrible act. Moreover, all those 44 days, they kept Junko naked.

44 Days Of Hell – The Cruel Torture Of Four Teenagers To Junko:

Junko was kept in the house of Nobuharu Minto’s parents. They even visited on a few occasions. She was threatened and acted like one of the boy’s girlfriends.

But Minto’s parents did not even take any steps to discover this girl’s mystery. Because of the fear of Hiroshi, who had a connection with Yakuza gangs, they didn’t take any steps.

During 44 days after being kidnapped, Junko suffered from unspeakable things. Almost, Hiroshi invited members from Yakuza connections to rape Junko. One day, 12 different men raped her, which was heartless.

At one stage, Junko could not breathe due to issues in her cavities. All her internal organs got severed, and she refused to have food and water. Thus, she began to vomit instantly after having any food. She got punishment for even vomiting with more beating.

One day, she tried to call the police, but the boys caught her and burnt her legs as a punishment. The kidnappers forced big bottles into her anus. It resulted in internal injuries and heavy bleeding.

After 20 days of torture, she couldn’t walk or speak. She couldn’t handle the things as they smashed her bones and cracked her fingernails. Moreover, it was winter, and they forced her to sleep on a balcony to suffer from cold. After 30 days, Junko didn’t even urinate properly, and she couldn’t walk. So, she took an hour to go to the bathroom downstairs by crawling.

The Death Of Junko Furuta:

During 44 days, Junko begged them to kill her instead of torturing her. But they didn’t approve her favor. On January 4, 1989, they challenged Junko to a game she won.

This made the captors behave more violently. They beat her using an iron barbell and burnt her legs, face, arms, and stomach. They poured lighter fluid on such places and lit a fire.

Finally, she died the following day after several beatings and other tortures. The cruel murderers took her body and placed it in a 55-gallon drum. It was full of concrete in that drum, and they disposed of it in Koto, Tokyo.

How Did The Police Identify Captors?

Finally, the police officials identified all four boys and arrested them. But the saddest thing is that they didn’t get ant death sentence for their cruel act. Because they were under 18, they just got to serve in jail for some years.

Though it has been over three decades, people still remember the innocent girl’s death, Junko Furuta. Thus, they still remember her and do prayers and post on social media.

Also read: Nicholas Godejohn: Who Committed Brutal Murder for The Sake of Love