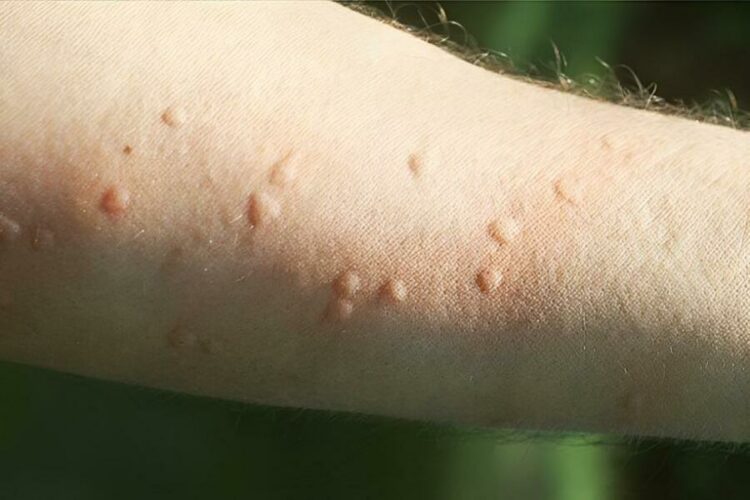 Everyone has experienced that excruciating biting itch that keeps you up at night. Even though certain people appear far more prone to bites, some have dramatic, occasionally life-threatening responses.

This article provides a broad overview of what may have gotten you. Also, advice on how to treat bites and stings to make them less painful and uncomfortable.

First, please refrain from scratching the bite, however tempting it may seem. Once the skin has been damaged, the bite has a higher chance of contracting an infection. Your bite likely becomes redder, hotter, and itchier is the first sign that it has been infected.

Get it checked out as soon as you can by a medical practitioner if that’s the case. You should get medical attention immediately if the redness extends across your skin and tracks away from the bite. This might be a symptom of cellulitis, a dangerous condition.

Although bees and wasps are normally not hostile and don’t appear to sting people, it is very common for people to walk on them by accident when wearing bare feet or fly into us before stinging.

Bees and wasps strike victims by injecting poison into their skin using their stingers. Bees have a barbed stinger that they embed along with the venom bag in the victim’s skin. Wasps, hornets, and other stinging insects have barbed stingers that they retract after stinging. It allows them to sting a person more than once.

Call an ambulance immediately if the victim exhibits symptoms of a systemic response or anaphylactic shock. If they have an adrenaline auto-injector, use it. Remain composed, comfort them, and place them correctly. If they are having trouble breathing, they should sit up straight.

Put something beneath their knees to assist them in going into the lazy W posture and improve their circulation. They should lie down with their legs up if they are not experiencing difficulties breathing. But are weak, woozy, nauseous, thirsty, and exhibiting indications of shock. This will assist in improving blood flow to their essential organs.

Even if they seem to be recovering, they should continue to be in the lying position since getting up or sitting down. Tell them to tilt their head to one side if you think they’ll throw up. It might make their blood pressure drop even further. Please keep them in this posture until the paramedics come, covering them to stay warm.

How to Handle A Sting?

Use your thumbnail or a credit card to rapidly flick out a bee sting lodged in someone’s flesh as it may trigger an allergic response. Avoid squeezing the sting to prevent increasing the quantity of allergen entering the body.

The treatment for wasp stings involves neutralizing the more alkaline venom with vinegar to lessen the agony. Most of the venom from bee stings contains formic acid. Bicarbonate of soda is suggested as a neutralizer. Both of these treatments lack any scientific support, and it is more probable. Its patients will feel better thanks to the power of suggestion than any actual health benefits.

Ticks are little organisms that reside in grassy and forest settings; they are more common where there are deer and other animals. They bite into the skin to consume blood since they are bloodsuckers. At first, they are tiny, but as they consume, they grow until they reach pea size. Make them easier to see and get rid of.

Ticks can transmit Lyme disease. Therefore you should consult a doctor. If this isn’t an option, they should be gently removed using tweezers or scissors. Using a suitable tick remover, tugging softly without twisting in any manner. Never try to kill a tick with chemicals or by burning it off.

Keep the tick in a container to show the medical staff so they can verify that it has been completely removed. Wear long pants and socks when strolling through tall grass or in the woods. And always check yourself, your belongings, and your dog for ticks when you get home.

Chiggers are dreadful small mites frequently found in grassy areas around lakes and rivers, golf courses, forests, and meadows. They are tiny mite-like spiders that belong to the family Trombiculidae. They are sometimes referred to as red bugs, berry bugs, or harvest mites. Chigger bites cause severe itching and flat or raised red spots on the skin that might occasionally seem blistering.

Antihistamines and topical lotions for treating insect bites and stings. The Click-it itch treatment clickers are a favorite among my kids, who vouch for their effectiveness. The crotch and groin regions, armpits, and behind the knees are the areas of thinner skin where chiggers most frequently bite. Chigger bites are also frequently found on the calves and ankles.

Most of us are familiar with the mosquito’s distinctive buzz and the appearance of these bothersome vampires. They occur in the UK, and the number is growing due to our increasingly hotter summers. In addition to being flies that feed on human blood, mosquitoes may spread highly dangerous illnesses.

When the circumstances are correct, mosquitoes multiply greatly because they enjoy standing water. Since only female mosquitoes can procreate, only females will bite humans. Male mosquitoes only live for approximately a week.

Their feathery antennae enable them to detect the presence of female mosquitoes. Females can survive for a few months and have less-bushy antennas. Female mosquitoes may puncture your skin with their long, tubular mouthparts and suck on your blood this way. They suck your blood while injecting saliva into your body when they bite you.

While it may be tempting to assume that a spider caused the enigmatic bite, you are probably mistaken. A sudden insect bite may be uncomfortable and much worse if it is itchy, red, or swollen. Comparable to other insect bites, spider bites cause similar symptoms. More than 80% of “spider bites” were caused by other kinds of insects, according to research.

Also read: How to Treat Bug Bites on Your Baby