What Compelled Demi Moore To Take A Break from Acting? Know What Happened after The Release of G.I Jane 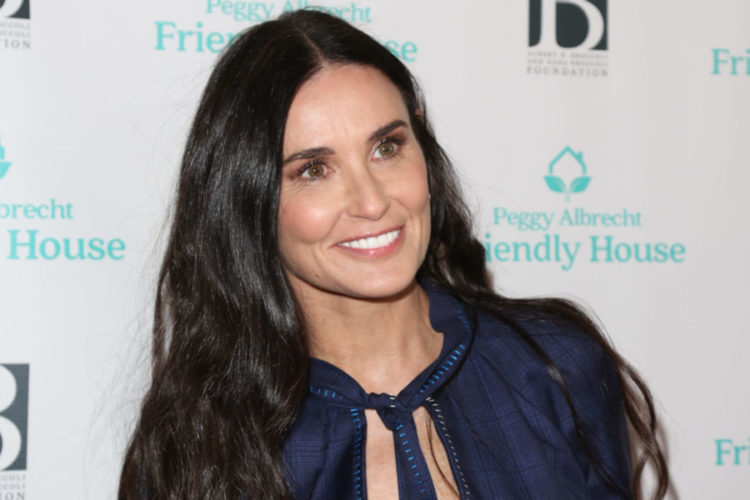 Surviving in the showbiz world is not as easy as it seems. Needless to say, the actors and actresses have to go through a lot of issues. So in this regard, let us talk about an incident that involves the name of the famous actress Demi Moore. Well, if you are a 90s kid, you must have heard this beauty’s name. In fact, she was one of Hollywood’s biggest stars of all time. However, that did not spare her from receiving criticism after the release of her film “G.I Jane.” It might have been a long time back, in 1997, but that negative reaction from the public cost her a bit of passion for acting.

This entire matter had highly affected her to a great extent, so much so that she had also taken a break from acting. So would you like to know more about Demi Moore’s life? Stay with us until the end, as we will share some of the significant aspects of the celebrity’s life here. Let us have a look!

A Short Bio of Demi Moore

Even though this personality needs no separate introduction, we will still share some of the interesting aspects of Demi Moore’s life here. As you know, the American actress made her debut in 1981. She was born on November 11, 1962. Therefore, she is currently 59 years old. But she still looks gorgeous, so you can hardly determine her age.

So after making her film debut in 1981, the actress appeared in the soap opera “General Hospital.” In fact, here, she subsequently gained recognition as a member of the Brat Pack with roles in “Blame It on Rio” (1984), “St Elmo’s Fire” (1985), and “About Last Night.” (1986). However, she got her breakthrough for her starring role in “Ghost” (1990). Moreover, it also became the highest-grossing film of that year. Moore also got a Golden Globe nomination for this role.

The American celebrity further achieved box office success with films like “A Few Good Men” (1992),  “Indecent Proposal” (1993), and “Disclosure” (1994). In fact, Moore also became the highest-paid actress in film history when she received a massive amount of money to star in the film “Striptease.” However, she had her downfall in her film career with films like “The Scarlett Letter” (1995), “The Juror” (1996), and “G.I Jane” (1997).

Did You Know Demi Moore Lost Her Passion After Starring in G.I Jane?

Needless to say, Demi Moore is one of the finest actresses in the Hollywood film industry. Therefore, her fans have high expectations when she chooses to star in a movie. However, in 1997 when Moore starred in the film G.I Jane, her fans were disappointed. It featured Moore as Jordan O’Neil, who was recruited into a new U.S Navy program.

Even though she did her best in the film, it did not do well at the box office. In fact, the film had only earned $48 million during the entirety of its run. Moreover, the critics did not like the movie as well. But Moore was distraught with the results.

Moore had once said in an interview that the movie was very underrated at the time of its release. In fact, the critics at that time probably did not prefer watching a female lead in an action film. However, to this day, this movie is still one of her favorite films that she had the privilege to work on.

In fact, Demi Moore also revealed why she had to take a short break from acting after the film’s backlash. “It was that kind of crushing that really sent me into a space that lost a little bit of passion and maybe disheartened me,” she added.

Also read: Are Bruce Willis & Demi Moore Still Close? How The Reverend Failed To Recognize Them At Their Marriage

Many of you probably did not know that Moore did a lot to prepare for G.I Jane. In fact, to add authenticity and credibility to her character in the film, the star did real intense training. “It was hardcore,” she said. Even though their training scenes were slightly modified, the cast had all the real scenes down there. Moreover, it was only her and forty other guys, so it was pretty difficult for her to manage.

However, what was the most frustrating was that at a point, after puking and getting blisters on her feet, a consultant told Moore that this training was unnecessary. But Moore knew that to do justice to her character, she had to be perfect as an officer. Therefore, she undertook the training with the other cast members.

At the same time, Moore also remarked that no one treated her any different than other Navy Seals in the program. So when she came in late, they used to yell at her as well. So, all in all, it was one hell of an experience and was pretty difficult to manage.

Moore’s Film “Striptease” Might Have Affected The Success of G.I Jane

Moore and the others had started analyzing the causes behind the film becoming unsuccessful. According to Moore, one of the most probable causes was that of her movie “Striptease.” She believed that her role in “Striptease” played a part in the critical reaction to “G.I Jane.” Needless to say, for “Striptease,” Demi Moore had earned a record-breaking salary at that time.

So there are high chances that the high amount could have brought some resentment towards her. Moore thought that the $12 million she received for “Striptease” probably affected “G.I Jane.” According to her, Striptease was a film where other actresses felt that she betrayed them, and G.I Jane was a film where men felt she betrayed them. Since the time was the late 90s, there were still gender biases in this industry.

What is Moore Currently Doing?

According to the sources, Moore joined the thriller film “Songbird” cast. Here she played the role of Piper Griffin, the powerful matriarch who will do anything to protect her family. In fact, Moore also has a leading role as Diana in Amazon’s drama series, “Dirty Diana.”

This show is based on a podcast of the same name. In addition, Demi Moore lends her voice to this podcast. She is also the producer of this show. Moore was among those celebrities who made cameo appearances modeling lingerie at Rihanna’s Savage X Fenty Vol 2 fashion show in 2020.

So as we conclude, we can say that Demi Moore is one of the finest actresses in the Hollywood film industry. Therefore, it is natural that she would try to give her best in any film. Especially when it is a high-profile action movie like G.I Jane, things will be crazy. However, after making such efforts when the film faces backlash, it is indeed upsetting for an actor. We hope she stars in several interesting projects in her upcoming film career.