What Did Jesus Look Like? Various Historical Evidence About Jesus 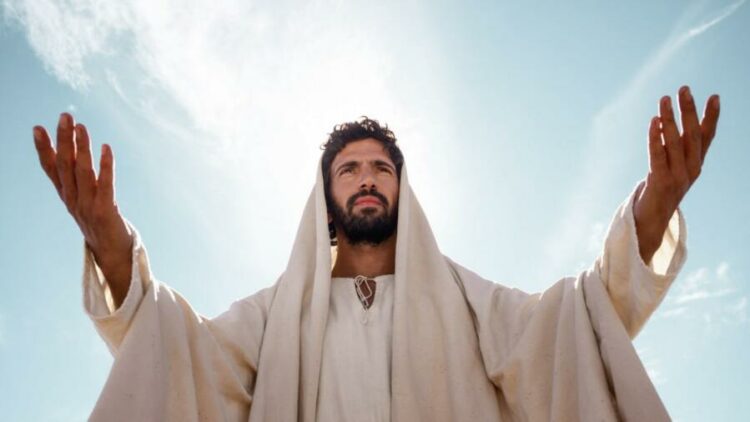 According to the Bible, there are a few descriptions of the physical appearance of Jesus Christ. Based on historical evidence, most people portrayed him as a light-skinned man having long hair and a beard.

But the real face of the Son of God differed greatly from the portrayed one. Concerning the factors of idolatry, even centuries after of death of Jesus, there is no depiction of the Son of God. So, what did Jesus look like will discuss many factors about him.

After reading the Bible, most people have this doubt, “What did Jesus look like?” Jesus lived almost 2000 years ago, and we couldn’t find his photos or drawings. However, some artists and researchers came forward about Jesus’ appearance after analyzing culture and archeological findings.

A professor named Joan Taylor researched the physical appearance of Jesus. He did it for his book “What did Jesus look like?” Based on her research, she concluded that he looked like people who lived in the Middle East during the 1st century.

Ancient Jewish people looked similar to Egyptians at that time. It was based on the archeological evidence of researchers. After analyzing the look of Jewish people, it is clear that they are 5’ 5” tall with brown eyes. But other scholars found out that Jesus was 5 feet 1 inch tall and weighed 110 pounds.

Additionally, based on research, Jesus followed Leviticus 19:27 law. According to that law, ‘one should not round off the hair on temples or spoil the edges of beard.’ Even today, most Orthodox Jewish men strictly follow this rule and grow long hair on the head.

Then, historical records provide that Judea people maintained short hair and were well-combed. This was to prevent the lice, a big problem during that time. Thus, Taylor confirmed that Jesus also had the same short hair as them. For Jewish men and Romans, shorter hair was the norm for them. Thus, Jesus is portrayed to have short hair as per Jewish customs.

In the gospels, Jesus was portrayed as a carpenter. He actively walked a lot for his job but suffered from a lack of regular food. Based on this, Taylor assumed that Jesus was probably thin but muscular. Taylor also added that the face of Jesus might have skin damage or facial scars due to the damage from his carpenter work.

But still, Taylor was skeptical about the depictions of Jesus as a handsome man. Based on her assumption, if Jesus was handsome, then the early Christian writers might have said such a thing about Jesus.

Whether Jesus Looked Tall or Short?

The writers of the gospels commented on the appearance of Jesus. For instance, they described the tax collector, Zacchaeus as short. Based on research, one day Zacchaeus went to see Jesus. But he was in a crowd and he couldn’t see him and thus climbed up a tree to see him. He said Jesus was taller than the remaining people in the crowd. He could even see him easily since he was taller than others.

Based on the gospels and archaeological remains, there is a depiction of Jesus’ clothing. Based on their research and depictions, Jesus would have worn a woolen and undyed tunic. His tunic comes in such a way leaving his lower legs bared. Most possibly, it might be a loincloth and mantle for staying warm.

According to Taylor, Jesus wore the same old clothes until someone provide him with new clothing. He used to wear modern-day sandals. Based on his clothing, Taylor concluded that Jesus was someone who looked poor in his clothing.

Taylor said that more artists are trying to change the appearance of Jesus based on their findings. So, this shows that the depiction of Jesus varies according to the historical evidence that artists got.

How Did Modern Research Reveal The Look Of Jesus Accurately?

With modern developments in forensic anthropology, researchers can better understand what Jesus looked like? In 2001, Richard Neave, an expert in forensic facial reconstruction, depicted the face of a first-century Judean man using modern science.

They even used an Israeli skull dated far back to the 1st century to depict Jesus’ appearance. Then, Neave and his team used several ideas to produce a face of the man who was the neighbor of Jesus or Jesus himself. They used

One can see the work of Neave in the BBC documentary series named ‘Son of God.’ It was based on the life of Jesus based on historical and scientific evidence.

Based on the forensic reconstruction, the depiction of Jesus is entirely different from European art. Under modern science, Jesus had a different depiction of tan, olive-toned skin. He has curly, dark hair with a short beard. Though most men shaved in the first century, Jesus may have had a beard.

Since Jesus was a wandering preacher, he might have had little time to groom. Also, he would have a short beard, as per Neave’s facial reconstruction. Furthermore, in ancient times, many artists depicted that the Roman and Greek gods had long hair and beard.

So, it is clear that one never knows exactly what Jesus looked like in his days. But using modern science, forensic anthropology, and historical evidence, artists are arriving much closer to the look of Jesus. Thus, most interpretations of Jesus are almost true.

Also read: Who wrote the bible: The accurate truth about its author and writers