Who is Naim Darrechi? What Happened to Spanish TikTok Star? 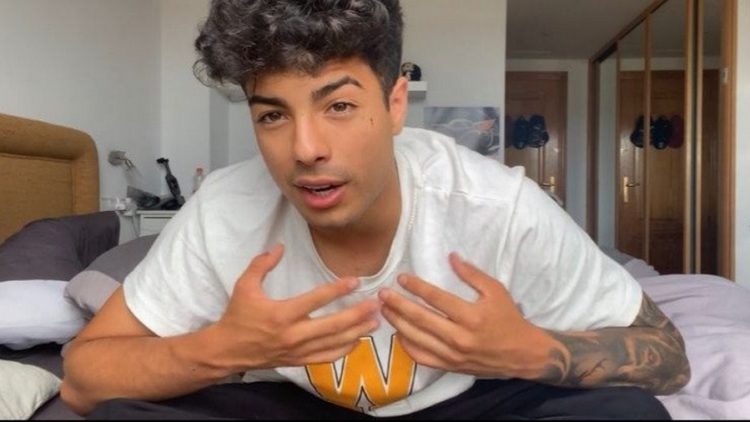 Have you heard about the actions of Naim Darrechi? Now authorities are trying to investigate the case of Darrechi. He has engaged in s*xual activities with his partners by tricking them by saying that he is wearing protection. The equalities minister of Spain Irene Montero has asked prosecutors to look into the issue following the statements the TikToker shared during the Youtube interview. He said that he tricks people into having intercourse with him by lying that he is sterile. The Spanish TikTok Star is facing a lot of hate because of this controversy. You can find all the details of Naim Darrechi here.

Naim Darrechi is a twenty-year-old Spanish TikTok Star. He is also a musician and performer. He gained popularity because of his TikTok content. More than twenty-three million people are following him on TikTok. The YouTube channel of Naim has over three million subscribers. He published Muy personal book in 2019 and got the Favorite Spanish Artist award from Nickelodeon. Some sources say that he has a younger brother named Thiago. They grew up in Mallorca, Spain.

Darrechi uploaded a video on Instagram about him playing with his siblings. Then he posted a picture of his from his childhood. Over the years his fan following increased. He is one of the successful content creators on Instagram. On his Youtube channel, he posts reaction videos through vlogs, videos, and lyrics. Now he has over six million followers. He is a member of the famous club called Prive Crew. Some of the famous members of the club are Arian Rojias, Libardo Isaza, Ralf Morales, and Orson Padilla.

Naim Darrechi during an interview with Mostopapi said “I find it difficult with a condom, so I never use one.” He added that his partners have not become pregnant after having s*x with him. So he started to think that he had a problem. He has told his partners that he is sterile so he engages in s*x without wearing protection. It has become a habit. This interview went viral and many people started to question the actions of Naim. Many women claimed that the TikToker may be transmitting diseases because of unprotected s*x. Also many found this interview disgusting.

Then Naim Darrechi issued a public apology on Instagram for his words. He wrote “I’m really sorry. it’s just crazy what I said. I want to apologize, really. Sometimes I don’t realize the responsibility that is mine.”

He said that he made a comment that is not right and out of place. Sometimes he exaggerates things. He wishes that some things he said in the interview must be edited.

Also read: Bella Poarch: From Being Abused as Child to Becoming TikTok Star

What is the case against Naim Darrechi?

Minister Montero shared a tweet on July 12th that she wants the authorities to address the case of Naim Darrechi. She revealed that his actions will be treated as assault. She wrote in Spanish “Taking off a condom or ejaculating inside someone without consent is now s*xual abuse and the #OnlyYesisYes law will recognize it as assault. Bragging to 26million followers about something like this reflects the urgency of centering consent. We will inform the prosecutor’s office”.

So if the Spanish TikTok Star is convicted of the crime he may be facing anywhere between one to twelve years in prison. Already on May 2021, Naim Darrechi got arrested in Mallorca for a case and he had to spend a night in the dungeon.

What are Naim Darrechi’s thoughts about abortion?

Naim Darrechi shared before millions of viewers that abortion is interrupting life. This created a stir on social media. He said, “When a woman is pregnant if she doesn’t take anything if she doesn’t abort, the natural cycle is going to make a life emerge”. He was aware that his views will be met with criticism. But still, he dared to stir up the hornet’s nest.

Darrechi shared that he is ready to become a dad without hesitation. Someone asked him whether he is ready to raise the baby if his girlfriend becomes pregnant. He replied that if he has a child, he will be happy to fall in love with it. Then he posted a video titled “I want to be a dad”.

He said that raising a child and offering it guidance is the best thing in the world. Further, he also had some views to share about rape and pregnancy. He explained that it is a delicate subject. He shared that in case of rape the baby resulting from that is not to blame.

Is he dating anyone?

Darrechi has dated girls named Aida Martorell and Angela Marmol. They are also TikTok stars. But now he is currently single. He is not in a constant relationship and had several partners.

What is the Net Worth of Naim Darrechi?

Naim Darrechi is a popular social media influencer that he can charge $25,000 for a sponsored post. On his Youtube channel he can earn more. But over the years many videos he shared on his channel have led to lots of controversies. His estimated networth is $2 million.

He lives in a luxurious house in Spain. Further, he is active in many areas of entertainment.

Many people are angry with Naim Darrechi because of his comments about abortion. It also seems he has tricked many women into having s*x with him without wearing protection. This is taken as a case of s*xual assault.