What is The Difference Between Dreads Vs. Locs? 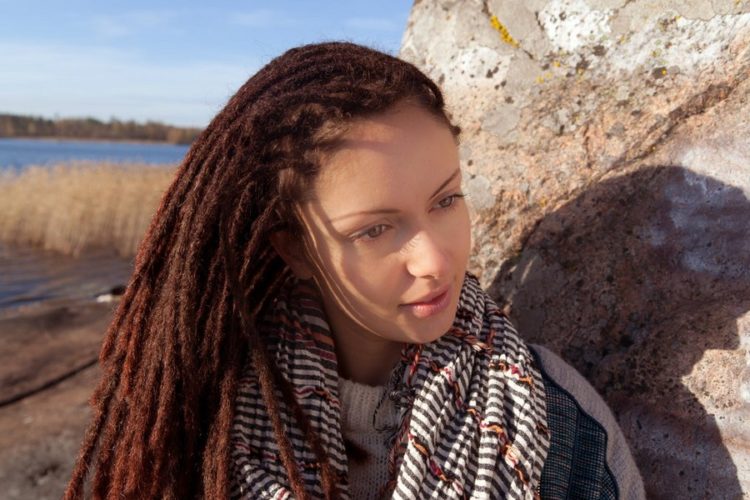 Dreads and Locs is a type of hairdo that is now becoming popular. It is difficult to distinguish between dreads and locs because they look the same. In a dreads hairstyle a person’s hair is sculpted into ropes. This is done by rolling or braiding. Further, the locs as it is commonly called are rope-like strands of hair formed by braiding or locking the hair. The hair requires a period of maturation to become dreadlocks. All types of hair are suitable for the dreads and locs hairstyle.

The important characteristic of dreads is that it is less defined at the roots. It is really hard to segment each strand. That is why the help of a professional hairstylist is required to fashion dreads and locs. Here you can find all the information about Dreads Vs. Locs and their origin.

What is the origin of Dread and locs?

There is also the history of Ethiopian King Ras Tafari. He was born in 1930. He was forced into exile during an invasion and his guerrilla warriors swore to not cut their hair. This started a religion called Rastafarianism. It resonated with the ideologies of the day like socialism, Marxism, nationalism, and black power. Then it went against the beliefs of Christianity and was attacked by the authorities. The dreadlocks of the Rastafarians were thought to be disgusting and frightening. That is why the term dread came into existence. The term also came in use after the slave owners considered the coiled hair of their African slaves as dreadful during the slave trade.

What are the cultures that wear dreadlocks?

Dreads and locs have been an important part of many cultures. It differentiates them from other cultures. They also have become an important topic about debates on cultural appropriation. In Africa, Maasai warriors wear thin, red dreadlocks which they dye with red root extracts or red ochre. Some of the Indigenous Australians of the North West have historically worn dreadlocks and braids. Other cultures that wear dreadlocks are Buddhism, Hinduism, and more. It is also a popular hairstyle followed by sportsmen and their fans.

On 3 July 2019, California state became the first US state to prohibit discrimination against natural hair. It banned people from discriminating against the hairstyles like dreadlocks, afros, braids, and twists.

Also read: Difference Between A Dutch Braid and A French Braid

What is the meaning of dreads?

When we look at a hair from a biological standpoint the hair helps us to regulate body temperature. It offers protection against unwanted foreign objects. But hair can also say about an individual’s beliefs, values, religion, style, group, and beauty standards. So there is more to the hair than meets the eye.

"Bongo dreads/rasta dreads" are distinct from "fashion dreads" in that they are not actively cultivated into small segments, but the hair is left to mat together however it wants with little/no direction. These are usually, but not always, religious. "One big dread" is common. pic.twitter.com/H9fyQiaAPO

When a person prefers to wear dreadlocks then they have to be ready to go through a process. The hairstyle is done by combining the strands of hair into a rope-like structure. There is a lot of evidence that people have been doing it from ancient days. After the hairstyle is done they are left to turn into dreadlocks organically. It occurs when a person avoids brushing or combing the hair. But it does not mean that hair is left to be messy or dirty. Today many people keep their dreadlocks clean and neat. They give their hair under the care of a professional loctician.

If you want to understand dreadlocks you have to know what single locks look like at the basic level.  The dreadlocks are the individual masses of knots that a person allows to grow and look like a coil. Then it resembles a piece of rope or yarn. When you see the dreadlocks up close it appears like steel wool. It will look like fibers woven together so in time it changes into one solid mass. There are different types of ways to form coils in the dreadlocks like comb coils, standard twists, twist and rip, and more. Besides, there are special hair care techniques available to groom dreadlocks.

What is the meaning locs?

The cultivated locs are made by coiling, braiding, twisting, or palm-rolling hair. It goes through a series of different stages for a satisfactory result. The forming process of the locs happens during the second phase which is known as the buttoning stage. The tighter the natural curl pattern, the quicker the hair will lock. The loc-wearers are incredibly creative with their hair. They incorporate different colors, jewelry, and other accessories to style their hair into locs.

What is the difference between dreads and locs?

Many think that dreads and locs are the same thing. But they are different. Although both the dreads and locs are created by sculpting one’s hair into ropes, there is some difference. The major distinguishing factor of dreads and locs is that one is a hairstyle while the other is a lifestyle. Also, some people do not like their locs to be called dreads because of the negative connotation of the word.

According to history, the colonists found the coiled hair dreadful which led to the term dreadlocks. That is why many people simply prefer to use the term locs.

Both the terms dreads and locs are used together as dreadlocks. But there is a difference between the two in matters of personal expression. Dreads may be used as a reminder of the painful history of African people sold in the slave trade. The unkempt appearance of the locks is a form of self-expression and cultural identity.

On the other, locs are one of the major hairstyles that originate from African and Nubian. Their hair locks naturally. They keep it tidy and maintained by frequenting hair salons.

For many centuries dreads and locks are part of many religions and cultures. Today many prefer this hairstyle to exhibit their style.

You may also read: Buy The Cheap Wigs from Best Human Hair Brand