What is The Highest Paid Sport in The World? 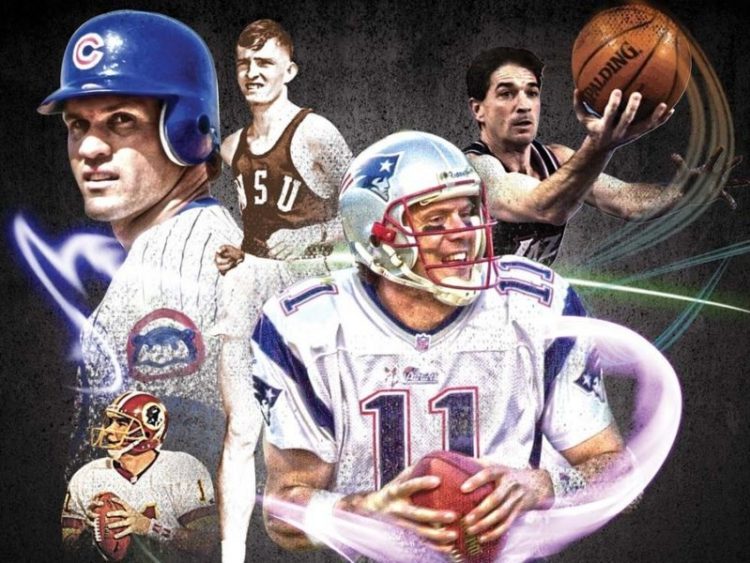 Nowadays, both money and fame are synonymous with sports. Therefore, it has paved a new set of multi-millionaires to burst into the scene. So if you are wondering what the highest paid sport is, we have come up with a list of some of those sports where the players are recognised for their efforts and reward their hard work with a good sum of money. So if you are curious to know about all those highest paid sports, stay with us until the end as we will share all the details regarding it with you.

Here are some of the exciting aspects of these sports. Let us have a look!

Here are the top ten highest paid sports that you can have a look at and get an idea:

As we mentioned above, basketball takes the enviable first slot of the highest paid sport. In fact, this popular sport originated from the USA but has gained global recognition later on. Famous basketball tournaments like National Basketball Association (NBA) are among the world’s highest paying sports leagues.

Needless to say, the players get high salaries from their respective teams, along they also earn millions from their endorsement deals. Especially players like LeBron James, Stephen Curry, Russell Westbrook, and a few others are some of the highest paid players.

The next sport that comes on the highest-paying sports list is Boxing. You must know that self-defence is a noble art in today’s world. However, when we talk about boxing, this self-defence becomes a dangerous sport as boxers have to defend each other when they enter the ring.

Despite the risks involved in the game, this sport has secured a lot of wealth. Especially players like Mike Tyson, Oscar Dela Hoya and a few others are highly paid in this sport.

This sport occupies the third position in the list of the highest paid sports in the world. You must have come across several racing events held annually, like the Grand Prix of Formula 1, NASCAR, and others. Yes, the participants are highly paid in these sports. Famous British driver and F1 champion Lewis Hamilton is presently the highest paid F1 driver. In fact, the 36-year-old recently signed a one-year contract extension with Mercedes, which is worth USD $55 million.

It does not need a separate mention that golf belongs to the category of the highest paid sports. According to Forbes, Mr Tiger Woods is presently the highest-paid golfer in 2022. His earning is probably a whopping $62 million. In fact, the average salary of a professional golfer is around $628,079. Pretty massive, right?

Are you curious to know which sport ranks in the fifth position of the highest paid sports? Well, it is none other than American football. Therefore, the National Football League (NFL) lovers will have something to be happy about. Needless to say, if you consider the demanding nature of this sport, you will think it as befitting about the high salaries of the players.

Do you know who the highest-paid player in this sport is? Well, it is the Kansas City Chiefs quarterback Patrick Mahomes. He makes around $45 million per season in average annual salary with the deal he signed before the 2020 season.

The sixth number spot of the highest paid sports belongs to the famous game of soccer which people all over the world love to play and watch. In fact, it is presently the most demanding sport on earth. Moreover, we still know the soccer players for their extravagance since they often sign huge salaried contracts.

If you are a fan of football matches, you must have heard about notable footballers like David Beckham. He was once ranked 9th in the Forbes list of the highest paid athletes. His total income at that time was around $28 million.

For instance, American baseball player Cecil Fielder in 1993 became the 8th richest person in the world as per the Forbes list. He had a total income of $12.7 million at that time.

This is also a very popular sport like the previous ones. In fact, many people view it as one of the most popular recreational sports globally. Furthermore, Tennis players also count themselves among the top sports earners in the world.

In fact, studies have proven that tennis is the second most demanding sport that will test the players’ stamina to its limits. So you can well understand the popularity of this sport. As per the Forbes report, the legendary player Roger Federer will be the highest-earning tennis player in 2022. Already Federer has earned a total of $52 million in various endorsements from top brands like Nike, Rolex, and others. At the same time, he has also earned around $4.2 million as the prize money. Rafal Nadal, Serena Williams, and Novak Djokovic are other notable tennis players.

The sport Ice Hockey occupies the ninth position. Often the fans of this sport call it the fastest game on earth. However, the skaters do not run on ice for free; they are paid pretty well. The game has several competitions like the Ice Hockey World Championship, Stanley Cup Playoffs and the National Hockey League (NHL). As per the sources, the NHL’s top-earning player for the 2022 season is Auston Matthews. You will be surprised to know that this player makes around $13 million as his salary.

At the same time, he also earns another $3 million from endorsements. This makes his total earning $16 million.

As we end the list of the top ten highest paid sports, the tenth spot is taken by Cycling. As you know, this is a highly competitive physical activity. In fact, it also includes categories like road bicycle racing, time trialling, cyclo-cross, mountain bike racing, BMX, cycle speedway and track cycling. Furthermore, several non-racing sports include artistic cycling, cycle polo, freestyle BMX, and mountain bike trials. Every year there are around 15 cycling competitions in the calendar year. Therefore, all these events indeed fetch a good sum of money to the established cyclists.

So as we conclude, we can say that there are several highest paid sports all over the world. Therefore, if you are eager to know about them in detail, look at the above list that we have prepared for our readers.