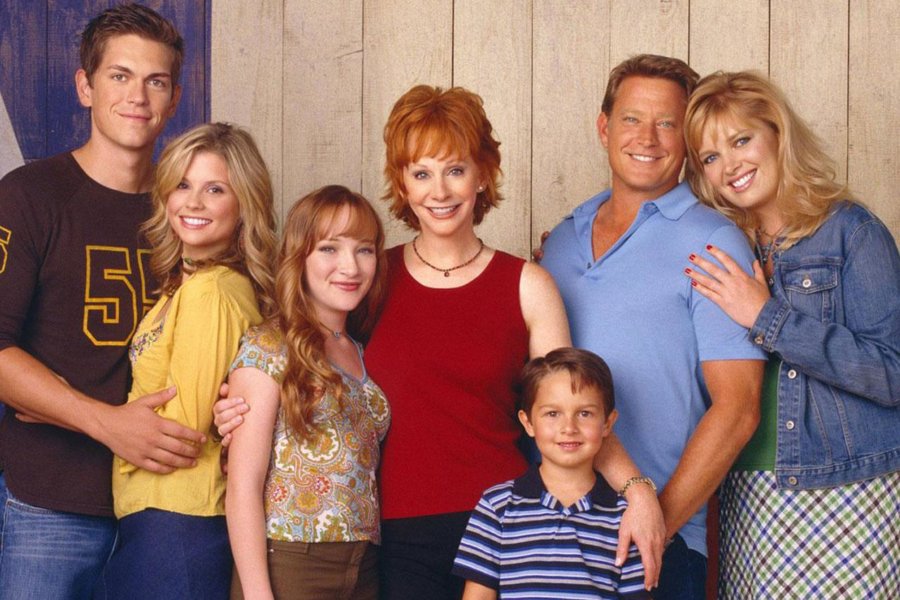 Are you a fan of the Reba TV Series? Reba Show is a well-known American sitcom that aired from October 5, 2001, to February 18, 2007. It spanned over six seasons. Reba McEntire was the main star of the show. She acted as a wisecracking single mother named Reba Nell Hart. Life becomes difficult for her when her husband leaves her for a young woman. So Reba’s family comes to adapt to this change.

Along with Reba McEntire, the other Reba cast members are Christopher Rich, JoAnna García, Steve Howey, and more. If you want to know what the Reba cast is doing now you can find all the details about it here. Many of them have created a name for themselves in the industry.

Is the Reba Show cast still in touch?

The Reba Show concluded some years before. But still, the Reba cast is in touch. The cast member JoAnna García who plays Cheyenne says that her daughters consider the Reba cast as their family. They call Reba McEntire Auntie Reba. Also, Reba pampers the kids.

Also, Garcia revealed that the group is very close-knit that they have gone on vacations together. They talk all the time. McEntire has a tight hold on all the cast members because she loves them. She always likes to hear from them.

Melissa Peterman who portrays the role of Barbra Jean Hart is also close with the Reba cast. She is a good friend to McEntire and Garcia. So this shows that the Reba cast are busy with their careers and life but they always find time to keep their bond strong.

What are the Reba cast members doing now?

Reba McEntire is an Emmy Award winner. She is a brilliant actress and has proved it with her stellar performances in series and movies. Now she is sixty-six years old. Also, she is a country singer and songwriter. Her career breakthrough was in the 80s and 90s. Some of her famous albums are All the Women I Am, Malibu Country, Last Man Standing, and more.

She divorced her husband Narvel Blackstock after twenty-six years of marriage. Now she is dating actor Rex Lin. Further, she has signed a record deal with MCA Nashville. In the future, we can expect new albums and songs from her.

Rich acted as Brock Hart in the Reba TV show. He was an important member of the Reba cast. Also, he was part of the shows like Melissa & Joey, Boston Legal, CSI: Crime Scene Investigation, and more.

In 2003 he married Eva Halina Rich. He has twins named Lily and Daisy. Now he is sixty-eight years old. He did not appear in any shows recently.

Swisher acted as Cheyenne, the daughter of Reba and Brock in the Reba show. But she also appeared in other shows as well like Once Upon a Time, Better With You, Sweet Magnolias, Privileged, Gossip Girl, and more. Also, she is the co-founder of the series The Happy Place.

In 2010 she married Nick Swisher. McEntire and Peterman were the bridesmaids at her wedding. Swisher has two sons named Emerson and Sailor. Now she is forty-two years old.

Further, she volunteers as an English teacher for students who study English as a second language. She is also part of the organization called Make the Commitment that spreads awareness about Cervical cancer.

Steve Howey played the dim-witted football player Van Montgomery in the Reba show. He also appeared in the series Shameless, Supercross, DOA: Dead or Alive, Bride Wars, and more. In 2013 he guest acted in New Girl. Further, in 2009, he married actress Sarah Shahi in Las Vegas. But they divorced in 2021. He has three children. Now he is forty-four years old.

Peterman acted as Barbra Jean Booker-Hart. Her character has an affair with Reba’s husband Brock. But eventually, she becomes friends with Reba. She also appeared in shows like Baby Daddy, Working Class, Young Sheldon, Last Man Standing, and more.

Further, she is the wife of comedian John Brady and has a son named Riley. In 2020 she hosted the Living & Learning podcast along with co-star and friend Reba McEntire.

Pomers acted as Kyra Hart, the second child of Reba and Brock in the Reba show. She was also the main part of the Reba cast. After acting in Reba she became a photographer. Now she is thirty-two years old. Furthermore, she is a good singer too. During the Reba show she suffered from anorexia nervosa and it was referenced in one scene.

So she was absent for most episodes in season 5. Now she is part of an organization that helps people with eating disorders.

Mitch Holland played the role of Jake Hart in the Reba show. He is the third child of Reba and Brock. Now he is twenty-seven years old. Along with his acting career, he established himself as a comedian. In 2020 he got married to Emma Elizabeth Holleman. He appeared in shows like Shake It Up. Recently he is working on a podcast called Extremely Internet. Many famous guests have appeared in his podcast.

The Reba Show cast is always like a family. They have never forgotten each other. Still, they strive to keep their bond strong through vacations and other meetings.