Which One is The Original Bitcoin? 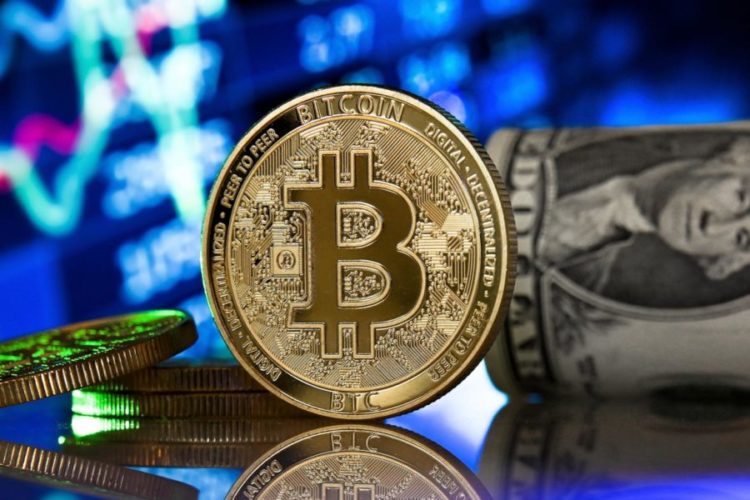 It has been 12 years since Bitcoin was first introduced to the public, and almost 13 years since the Bitcoin white paper was published on October 31, 2008. Since then, many issues have plagued the pioneer digital currency that resulted in many different hard forks. These hard forks have resulted in several implementations of Bitcoin that have many asking which one is truly the original Bitcoin. And with blockchain technology gaining ground as an innovation that can propel businesses into the future digital economy, more attention is being given to Bitcoin, with it being the first-ever functional application of blockchain technology.

A recently published report entitled “The Original Bitcoin Protocol: What Is It and Why Does It Matter?” created by MNP, one of the top five accounting, tax and business consulting firms in Canada, sheds light to the question of which Bitcoin implementation best represents the original vision of its creator and author of the Bitcoin white paper, Satoshi Nakamoto.

It must be noted, however, that the report only compared two implementations of Bitcoin – Bitcoin Core (BTC) and Bitcoin SV (BSV) – as others were deemed irrelevant to the discussion, with their protocol changes veering them so far away from the original Bitcoin vision.

A Brief History of Bitcoin

In order to fully grasp the findings of the MNP report, it is important for Bitcoin beginners, like many of you readers out there, to be educated briefly about the history of Bitcoin and its hard forks. Forks happen when there is an unsolvable disagreement within one community, resulting in the creation of two separate entities.

The two main issues that beleaguered Bitcoin since it became popular were scaling and protocol changes. The Bitcoin community became divided into two factions: the small and big blockers. Small blockers were those who refused to scale the blockchain and wanted to maintain its 1MB block size limit, choosing instead to scale transactions off-chain. Enabling the storage of off-chain transactions means changing the original Bitcoin protocol.

Small blockers believed that Bitcoin’s price should continue increasing so it can act as digital gold. Big blockers, on the other hand, trusted in Satoshi’s original vision of Bitcoin as a technology being used by everyone that goes beyond just being a payment system.

Scaling to meet market demands is central to this vision. While all this time, Satoshi has remained in obscurity in order to protect his privacy, it seemed that he could not anymore tolerate what was happening to his invention. And so, he surfaced in 2017 to explicitly state that, “we need to scale or Bitcoin will not survive.”

The disagreement within the Bitcoin community reached a peak in 2017, and Bitcoin was divided into BTC and Bitcoin Cash (BCH), with BCH being the faction of big blockers. It was even said that the small blockers hijacked the BTC ticker symbol in order to be recognized as the original.

BCH went on to scale its blocks to 32MB; however, it refused to scale any further. Furthermore, it kept on changing the supposedly fixed Bitcoin protocol in order to create an anonymous and untraceable Bitcoin—something that can be freely used to buy anything, even illegal drugs.

Satoshi previously stated that “Bitcoin has to work within the rule of law to be valid.” In fact, Satoshi has maintained in interviews and talks since then that Bitcoin was designed to create honest commerce. Thus, another hard fork occurred in 2018, and BSV, with SV standing for Satoshi Vision, officially separated from BCH.

Now, back to the MNP report that provides a comparison of BTC and BSV. MNP has developed an extensive assessment framework and criteria that measure BTC and BSV against the original vision of Bitcoin, the major points of which will be discussed below.

“Block size should scale based on network demand.” Bigger blocks mean more data and transactions contained in one block. BTC has obviously failed to meet this criterion due to its unwillingness to scale. Up to this day, BTC has maintained its 1MB block size cap designated by Satoshi as merely a starting point. Satoshi ‘s vision has always been for the Bitcoin network to scale infinitely to accommodate market needs.

In contrast, BSV has uncapped its block sizes, meaning blocks can be increased by miners as needed. In fact, a 2GB block was recently mined on the BSV blockchain, breaking world records for largest block mined on a blockchain. The record-breaking block contained 5,869 transactions and has earned the miner a 10.001 BSV coins on top of the 6.25 fixed coin subsidy.

This is significant because the fixed coin subsidy awarded to miners for every block added to the blockchain is halved every four years. It started with 50 coins, and continues to be halved until the predefined 21 million existing coins are minted. As halvings occur, miners earn less coins, and it would not be sustainable to mine Bitcoin if miners rely solely on the fixed subsidy. With increasing block sizes, miners can earn more with bulk transaction fees, as evidenced by the 2GB block mined last month.

“The network should be able to compete with any existing large payment network in terms of transaction volumes per day.”

Scaling is key in order for Bitcoin to keep up with the times. Scaling block sizes also allow for throughput to increase to meet market demands. BTC, again, fails to meet this criterion with its small block of 1MB, with a theoretical increase to 4MB using SegWit, and a throughput of only seven transactions per second (tps). This accounts for higher transaction fees, as well as longer wait times per transaction, which cannot even begin to compare with existing payment networks like VISA.

Again, BSV meets this criterion with flying colors as it has unlocked unbounded scaling. It has also announced that it will release the Teranode project within the year that will effectively increase throughput to over 50,000 tps—rivaling the capacity of the VISA network. And this is just the beginning as Satoshi himself said that the goal is to be able to process millions of tps.

“The overall energy requirements will vary depending on the scale of the network.” Bitcoin mining uses Proof-of-Work (PoW) that requires a massive amount of electricity. BTC fails in energy efficiency as this huge energy consumption is divided into just seven tps. With no other utility aside from pseudo digital gold that acts as speculative investment, it can be said that the energy is truly wasted.

Due to BSV’s ability to scale and increase its throughput, it effectively lowers down energy consumption to less than 1% of BTC’s. And because BSV is being used by businesses from across many different industries, the benefits to society far outweighs its energy consumption. The MNP report, thus, marks this criterion as fulfilled by BSV.

The Significance of the MNP Report Findings

Although only three main criteria have been discussed in this article, the conclusion is the same: “BSV is the implementation that currently best represents what Satoshi originally intended.” At the core of this is the fact that Satoshi envisioned Bitcoin to be an innovative technology used by the whole world—much like how the Internet has created the online way of life we enjoy today.

BSV is striving to fulfill Satoshi’s vision; and whether or not it is accepted as the original Bitcoin, the fact still remains that we need the technology that BSV is offering. Imagine Bitcoin transitioning beyond being more than just a digital currency to something that will enable global systems to be improved and daily processes be streamlined at the lowest transaction fees.

This is the on-chain world that Satoshi envisioned, and it will benefit us greatly. Case in point, if the global healthcare system is stored in a single database that all stakeholders have access to, then COVID-19 might not have escalated into this long-term pandemic. With crucial information being circulated in near real-time, the spread of the virus might have been prevented. This is but one example of the significance of Satoshi’s vision.

“Satoshi’s vision laid the foundation, but even he and his early acolytes would be amazed by the potentially limitless ways this new technology can benefit society and enhance the financial ecosystem,” the MNP report stated.

Also read: Things You Need to Know Before Investing in Bitcoin