Who are Colin Kaepernick’s Parents? 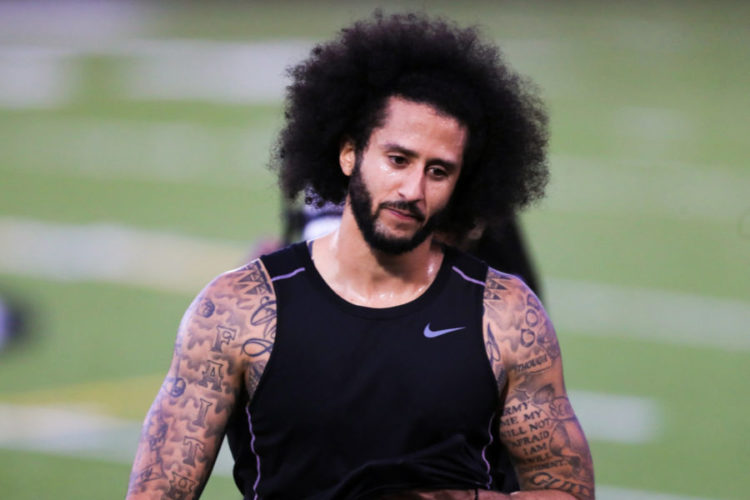 Colin Kaepernick has been on the news for quite some time, and this time, it is not because of his professional life, but his one. The former NFL quarterback who turned civil rights activist once made headlines in 2016 after kneeling during the national anthem. He did it to call attention to issues of racial inequality as well as police brutality. Although this move hurt his NFL career, he became a symbol and an inspiration for many to stand against injustice. This has also turned into a source upon which Netflix has woven a beautiful plot.

This blog intends to put the spotlight on Colin Kaepernick parents because the series has indeed brought the matter to question. So without further ado, let us begin.

Who are the Parents of Colin Kaepernick?

Colin Kaepernick turned 33 recently. However, sources have revealed that he had been adopted by Rick and Teresa Kaepernick when he was only 5 weeks old. They adopted him right after the couple had lost their sons at birth. The same source revealed that they died of congenital heart failure.

When it comes to this, there is not much information available. However, we have managed to procure that Teresa is a nurse while Rick is the vice president of operations for a cheese company in California.

Shedding Light on His Early Life

Colin Kaepernick was born to Heidi Russo in 1987. Sources have revealed that she gave him up for adoption when she was just 19 years old. Moreover, it remains unresolved who his biological father is. He struggled a lot before breaking it on the athletic field. Colin is a football quarterback who played up to six seasons for the San Francisco 49ers in the National Football League.

In addition to this, he helped the 49ers to their first Super Bowl appearance in 2012. Moreover, he also assisted them in the 2013 NFC Championship Game.

Apart from quite a noted athletic record, he has also gathered recognition for being involved in civil rights activism. He has protested against racial injustice, police brutality, and systematic oppression in the NFL. His standing against such injustice had garnered him widespread attention in 2020. Moreover, he filed a grievance against the NFL and its owners in November 2017.

He broke his silence against the injustice accusing them of colluding to keep him out of the league. Moreover, sources have revealed that he withdrew from the game in February 2019 after reaching a confidential settlement.

More on his Biological Mother

Colin Kaepernick had garnered much criticism as well as an appreciation for his involvement on the field, and off-field. He not only sparked a controversy in the realm of the NFL but ensured that his movement gained some traction in the right way. That is towards the path of justice. He protested against social injustice, especially the deaths of African-Americans at the hands of police. However, his parents are the one who has supported him through this. Sources have revealed that his parents stand in solidarity with him and support the decision their son has taken so far.

Colin was born on November 3, 1987, to Heidi Russo. She is of Italian descent. Many have confirmed that he was born in Milwaukee, Wisconsin.

As Russo was just 19 years old, she put him up for adoption. Soon she placed him under the care of Rick and Teresa when he was just five weeks old. The couple has two older children. One of them was their son, Kyle, and the other was a daughter, Devon. Moreover, as we have already mentioned, the couple had lost two sons at birth. Due to congenital heart failure, they lost both their sons. Soon after the tragedy hit them, they moved from Fond du Lac, Wisconsin, to Turlock, California.

When Colin Kaepernick was growing up, he played football, baseball as well as basketball. This showcases his athletic accountability. Therefore, his family called him ‘Bo’ as an ode to Bo Jackson.

Who is Colin Kaepernick’s Mother who Adopted her?

The short answer to this question is Teresa Kaepernick. After Russo put Colin for adoption, it was Teresa along with her husband who became her mother. Teresa Kaepernick is however not Colin’s birth mom. Sources have revealed that she worked as a nurse when she adopted him with her husband. She also has two children. They are Kyle, her son, and Devon, her daughter.

She gave birth to them after she lost two sons, Lance and Kent, to heart defects. Had they been alive, they would have been 34 and 32 now.

Who is Colin Kaepernick’s Father who Adopted Him?

One of Colin Kaepernick parents is Rick Kaepernick. He is his adoptive father. After losing his son to heart defects, Rick and Teresa adopted Colin when he was only 5 weeks old. They adopted him at the Lutheran Social Services office in Appleton, Wisconsin.

Rick soon welcomed two children which resulted in a family of five. They lived in Fond du Lac before they shifted to California. Colin was just four years old back then. Moreover, Rick shifted to a new country so that he could take a job as an operation manager for the Hilmar Cheese Company.

Both Rick and Teresa have always been very supportive of their adoptive son. They stood for him and appreciated each decision he took against injustice.

Question: Who are the adoptive parents of Colin?

Answer: Colin Kaepernick’s parents are Teresa and Rick Kaepernick. They are both American by nationality and are of white descent.

Question: Who are his biological parents?

Answer: Although there is no definitive information about the age of his parents, we can say for sure that his mom was born in 1969. Therefore, she is 51 years old.

Question: What is the Netflix show based on Colin?

Answer: The name of the Netflix original is Colin in Black & White. It is about the athlete’s teen years and upbringing.

To know more about Colin Kaepernick, subscribe to our newsletter. We keep updating the blogs so that you stay in the know.

Also read: Where is YNW Melly Now? Is He in Jail?