Who is Camille Vasquez, The Fierce Celebrity Lawyer of Johnny Depp? 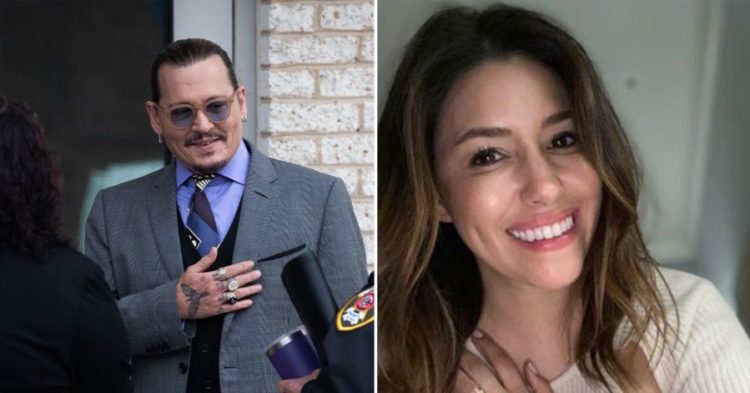 Celebrities in the showbiz world often indulge in ugly fights with their partners; however, there were probably very few ones that took a turn, like Johnny Depp and Amber Heard’s domestic violence case. So in this regard, Johnny Depp’s lawyer, Camille Vasquez, has become an internet sensation quite unexpectedly. Presently, the entire world has eyes on this high-profile legal battle between Depp and Heard. So naturally, the lawyers representing them will also come into the limelight.

The matter has taken such a turn that from celebrities to brands and even the general public has picked sides. However, as of now, we do not know for sure who is telling the truth. But amid the mud-slinging between two parties, one person who has overshadowed the two big Hollywood stars is Camille Vasquez. This is all due to her phenomenal way of fighting for her client against Heard has won our hearts.

So would you like to know more about this fierce celebrity lawyer? Stay with us until the end, as we will share with you some of the significant aspects of Vasquez here. Let’s have a look!

Since you are reading this article, it is apparent that you are eager to know more about Camille Vasquez’s life. Well, you are at the right place as we will share some of the fascinating details about her here. Born in 1984, Vasquez is 38 years old. She has been working with Brown Rudnik Firm, which is in Orange County in the state of California, United States of America. In fact, this is also the law firm representing Johnny Depp, one of their high-profile clients.

As per the firm’s website details, she specializes in litigation and arbitration. Furthermore, she has also completed her graduation from a prestigious university like the University of Southern California.

In the year 2006, she completed her graduation and next studied law at Southwest Law School in 2010. Among all the nine attorneys, she is one of the lawyers dealing with the Heard-Depp case. Amber Heard had described herself as a domestic abuse survivor.

However, as per the sources, it was utterly false. Therefore, Depp filed a $50 million defamation claim against Heard. At the same time, to counter it, Heard filed a claim of $100 million. So you can well understand that the matter here is highly sensitive. Since Johnny Depp appointed Vasquez and her team as his lawyers, she and her team members did not leave any chance to find out all the important info that could be vital for their client. It is also because of her fierce appearance in court and how she grills Amber Heard, making her so famous.

Are The Dating Rumors Between Vasquez & Johnny Depp True?

Many of you might have this question about whether Camille Vasquez and Johnny Depp are already dating. Well, let us share with you the details. Since the time of the lawsuit, Vasquez has always been beside her client Depp. In fact, by this time, they had also developed a close bond. However, rumors started after their close interactions in court. We have often spotted the two hugging and holding hands. So when the media asked the celebrity lawyer to comment on the rumors, she laughed off the question.

Meanwhile, we could also hear that Camille Vasquez is already committed to someone else for several months. So you can well understand that they are just good friends and nothing else. For the purpose of the case, they have to interact frequently.

Why Do People Love Her?

If you have been keeping track of all the developments in the Amber Heard and Johnny Depp case, you will know how Heard had wrongly accused Depp at the beginning of domestic abuse. So right from the beginning, Camille Vasquez has been handling the case quite adeptly. There are multiple reasons for people loving her presently.

Her courtroom demeanor, personality, and confidence are the primary ones. Her fans admire these qualities in her, which makes her a phenomenal lawyer. Needless to say, she has gained thousands of fans because of this. At the same time, her objection videos have over 17 million views.

As per the sources, within two minutes, she objected to Elaine Bredehoft. She is a lawyer on Heard’s legal team. Vasquez has objected to her several times on the grounds of hearsay, leading to the witness and lack of foundation. In fact, the judge sustained most of her objections. They also led to Heard’s lawyer rephrasing her questions. At one point, Heard’s lawyer also said, “I’m trying, I’m trying.” So, Yes, hats off to her. This is one example that shows her skills as a fierce lawyer.

Many of you who keep all the case updates will know how Vasquez got Heard to admit that she did not keep her promise. It was to donate part of her US$7 million divorce settlement to the ACLU or the American Civil Liberties Union.

Her strategies in the courtroom made Heard confess that “I have not been able to fulfill those obligations yet.” Well, this impossible became possible due to Vasquez’s pointed and rapid-fire questions. Heard was unable to conceal the truth anymore. Moreover, Camille told the jury that Amber Heard was giving the “performance of a lifetime in this courtroom.”

Moreover, Vasquez also told the jury how Heard was refusing to admit her lie. “She can’t back down. She has been living and breathing this lie for years,” Camille said and added, “She’s going to give the performance of a lifetime in this courtroom.” Therefore, after seeing this, many of her fans compare Vasquez to Meghan Markle’s character as a high-profile lawyer on her hit show “Suits.”

So as we conclude, we can say that Camille Vasquez is one of those very few women who can voice their opinions out loud. Many people were probably against her when she became the lawyer of Johnny Depp instead of Amber Heard. However, she proved that not only are women facing oppression in this world, but some men also need women like her to lend a voice to their problems.

We do not know as yet, who would win the trial. However, we hope that later on in the future, she will be able to bring justice to all the victims facing oppression. It is high-time Depp and Heard stop their ugly mud-slinging and faces the truth.

Also Read: Who Is Rupert Friend? Check Out His Net Worth