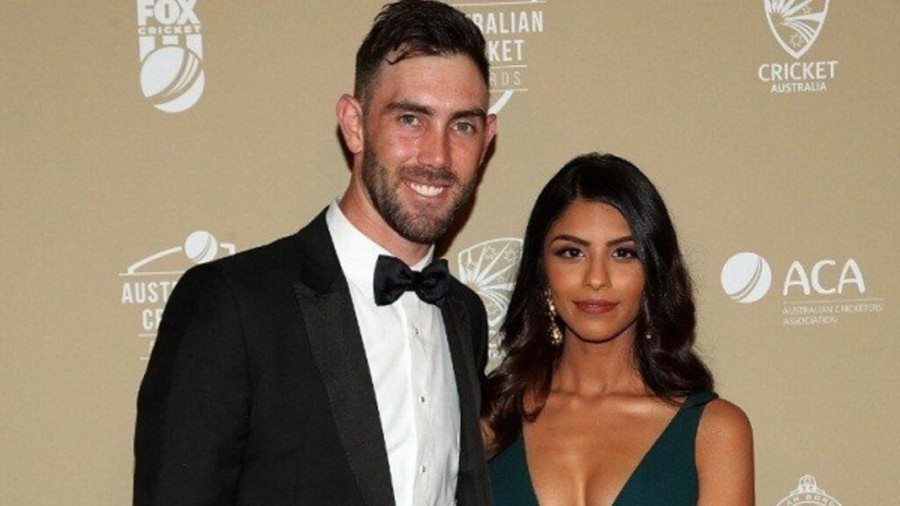 Do you want to know about good news circulating on the internet? It is related to the Australian cricketer Glenn Maxwell and Indian girlfriend pharmacist Vini Raman. They got engaged on February 2020. Now they recently announced their wedding date to their fans. The wedding date was printed on the beautiful traditional card and it is on 27 March 2022. After the news broke out the couple’s social media pages are flooded with messages of congratulations. Many know about Glenn Maxwell because he is a popular Australian cricket player. But many are not aware of his fiancée Vini Raman. She is a pharmacist from Australia. Here you can find all the interesting details of Vini Raman.

Glenn Maxwell is a thirty-three-year-old Australian cricketer. He currently plays ODI and Twenty20 cricket for Australia. He started his professional career after playing for Victoria in the Twenty20 Big Bash. The player is known for his dramatic shot-making and improvisation. In 2011 he made the record for the fastest ever half-century in Australian domestic one-day cricket. In 2013 the Mumbai Indians team bought him for $1 million US.

Plus, in 2019 he shared about the indefinite break from the games because of his mental health difficulties. Virat Kohli praised him for his decision and shared that he has set a good example. Some of his nicknames are The Big Show and Maxi. Maxwell is from Kew, Victoria.

Who is Vini Raman?

Vini Raman is an Australian citizen but her origin is India. She is born to Tamil parents in Melbourne on 03 March 1993. She did her education at Mentone Girls Secondary College in Victoria. Then she completed her studies in medical science. Now she is a practicing pharmacist in Melbourne. Raman shared the picture of her traditional style engagement in March 2020. She shared the post on Instagram. The couple were wearing traditional outfits for the engagement. They were dressed in matching clothes of green emerald color.

In the caption of the post, Vini shared that she is giving Glenn a teaser of what the traditional south Indian wedding is going to be like. At the same time, she thanked their families and friends who joined in their celebration on short notice. Both she and her husband-to-be Maxwell shared the post about their engagement on Instagram. In this way, they shared their happiness with their fans. Their fans become very excited about the news.

A quick look at the Instagram of Vini tells us that she likes to travel with her boyfriend. They have traveled to extraordinary places like Dubai, London, New Zealand, Dublin, and more.

Then Vini Raman wished her fiancée on October 14, 2020, in her Instagram post. She had a witty remark too. She shared that she loves Glenn more than New Zealander cricketer Jimmy Neesham.

How did the couple meet?

We do not know how the couple met but it seems they are dating for a long time. She is active on social media and posted a picture of the Australian Cricket Awards in 2019. This was one of the times when Glenn Maxwell and Vini Raman were spotted hand in hand. After this many people started to follow her on social media because she became known as Glenn Maxwell’s girlfriend.

How is the wedding going to be?

“GlennMaxwell marrying Vini Raman. Going by the cute traditional Tamil muhurta Patrika, we’d bet there may likely be a TamBram ceremony… Will there be a white gown wedding too?” Congratulations Glenn and Vini !”

What is Glenn Maxwell doing?

In the Mega Auction of IPL 2022, Maxwell is chosen as the second retention after Kohli by RCB for the upcoming IPL. So he has the chance to become the captain of RCB as Kohli announced that he is not going to remain as the captain of the 2022 IPL edition. So many are waiting to see what Maxwell can do in his role as captain.

What is the net worth of Glenn Maxwell?

Glenn Maxwell is known as The Big Show. His net worth is $11 million. He is one of the popular players from Australia. He derives most of his income from cricket matches and IPL. King 11 Punjab offered him 10 crores every year as a salary. Many IPL teams want him in their team because of his skill to hit long sixes.

He is a talented part-time bowler and right-handed batsman. His networth has increased in the last five years. In the IPL season, the players like Maxwell charge amounts up to 20 to 0 lakh rupees for brand endorsements.

Further, Maxwell owns four homes in Australia which are valued at $575000. According to sources he also has two flats in India which costs more than 1 crore. He even has a small car collection. But more than cars he likes bikes. He has bought many sports cars which are worth more than 85 lakhs. He owns cars like Mustang and BMW.

The wedding between Cricketer Glenn Maxwell and Vini Raman is going to be a highlight of the year. Their fans are very happy after hearing the news.