Who is David Dahmer? The Hidden Story Behind The Brother of Serial Killer, Jeffrey Dahmer 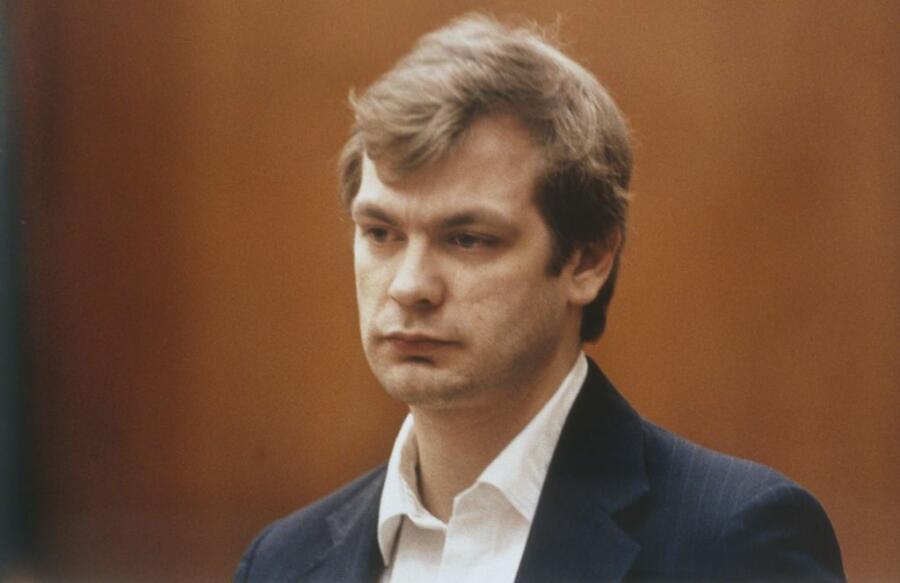 One of the popular Netflix’s latest crime stories that are running these days is ‘Monster – Dahmer: The Jeffrey Dahmer Story.’ It is a true story based on the American serial killer, Jeffrey Dahmer. He was the man who killed almost 17 boys and men between 1978 and 1991.

Then, he got caught for doing such murders and sentenced to life imprisonment. During the trial of Jeffrey, his parents opened up with a photo in which one of the family members was missing. He is none other than David Dahmer and there is no data regarding his current status. Here let us discuss him in more detail.

Who Is David Dahmer?

The younger brother of the terrific serial killer, Jeffrey is David Dahmer. His parents are Joyce and Lionel Dahmer and he was born to them in 1966. His brother, Jeffrey named him, David.

According to research, the brothers had some strained relationships during their childhood days. Jeffrey was much envious of David when his parents began caring for him. Since he was a younger brother, it is normal to get the most care and attention.

Jeffrey and David had seven years of an age gap and the brothers had a situation to separate in 1978. It was the time that their parents went through a divorce due to some personal problems.

David was 12 years old when Joyce took him and moved to Wisconsin after getting a divorce from Lionel. She got his custody while Jeffrey stayed with his father and he was 18 years old at that time.

Also, Jeffrey graduated high school at the same time. Most importantly, it was the first time, Jeffrey began his first murder and the poor victim was Steven Hicks.

What Happened To David Dahmer?

David completed his graduation at the University of Cincinnati, Ohio. It was during that time, police officials arrested his brother, Jeffrey in 1991. So, David was just 18 years old and he decided to cut all his relationships after getting this news. He didn’t attend his brother’s trial hearings according to a news channel.

Lionel married Shari after divorcing Joyce and the couple attended an interview after the brutal murders of their son. In such an interview, Shari opened up about David but spoke a few facts about David.

According to that, it was clear that David is having a good career and married a girl. Even David has at least two children as of now and he is leading a happy life.

Lionel also mentioned another fact about David. According to that, David changed his name, as he wanted to maintain his privacy because of his brother’s cruel act of murdering others. Lionel even promised David that he will maintain this secret from others.

There is no public record regarding his new name details of David. Since David wanted to live a life without exposing his family history there is no record of his new name.

How Old Is David Dahmer Now?

According to Netflix, David was born on 18th December 1966. So David is 55 years old at present as per the Netflix series. Also, there is no proof of whether David is alive or not. It is very common that the close relatives of criminals will go underground to stay alive and happy.

Soon after one year when Joyce and David moved to Ohio, Jeffrey did his first murder in his family house. Almost he killed boys and men aged around 14 to 31 years brutally. After murdering them, he defiled all corpses in a worst and unspeakable way.

Jeffrey continued his serial killing act until his last victim, Tracy Edwards escaped from him. In 1992, Jeffrey was put on trial in court and almost 15 charges were against him. So, he got 15 life sentences to serve in prison and 70 years as well. The brutal murderer spent his few years of imprisonment at Wisconsin’s Columbia Correctional Institution.

While serving his life sentence, suddenly one day Jeffrey died of a fight between him and Christopher Scarver on November 29, 1994. Actually, both were put in the same prison and Christopher bludgeoned Jeffrey.

But still, Jeffrey’s murder acts are unforgettable facts. Jeffrey’s younger brother, David decided to hide and live under a new name and identity.

What Happened to David’s Parents After Jeffrey’s Death?

Lionel and Shari paid visits to Jeffrey in jail regularly until his death. Joyce moved to Fresco, California for his work before exposing the crimes of his son, Jeffrey. During such a period, Shari worked with AIDS and HIV patients at that time. They even continued to work with such patients even after the death of their son, Jeffrey in prison.

In 2000, Shari died of breast cancer at the age of 64. Joyce’s friends and colleagues talked about her work proudly to the media, as they always remember her for her great work. When she was alive, she served her days sincerely for HIV patients.

But when you consider David, he took a different path completely from his family members. Soon after finishing his graduation and after knowing about his brother’s brutal murders, he decided to live underground.

This article provides you with all the crucial facts about the serial killer, Jeffrey Dahmer and his brother David Dahmer.

Also read: Louise Turpin: The Mother Who Imprison 13 Children for Many Years