Who is Jackie Sandler? Everything About Adam Sandler’s Wife 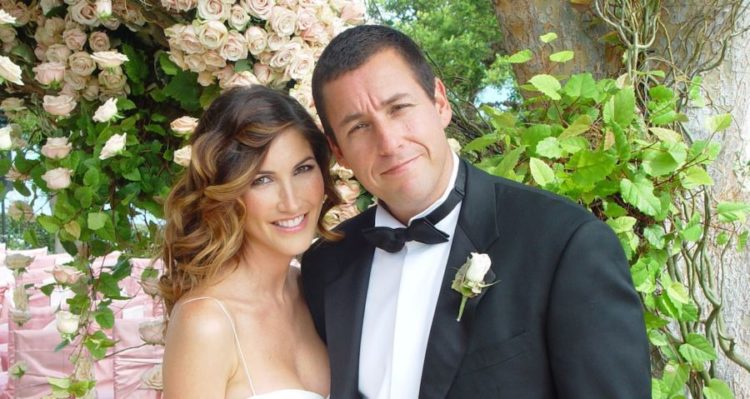 We have heard about Adam Sandler who started his career as a comedian and became a Hollywood star. His films are fun to watch and make us feel light-hearted. The combined amount his films made is over $2 billion at the box office. Do you know the name of his wife? She is Jackie Sandler and her maiden name is Titone. They have been married since 2003. His wife and his two daughters Sadie and Sunny often appear in his movies.

Sandler has acted with many beautiful heroines like Jennifer Aniston, Drew Barrymore, Jessica Biel and Salma Hayek. But the woman who is ruling his heart is his wife Jackie Sandler. Here you can find out all the interesting facts about Jackie Sandler.

Who is Jackie Sandler?

Jackie Sandler is a model as well as an actress. She was born on September 24, 1974, and grew up in Coral Springs, Florida, United States. Now her age is forty-seven years old. Her full name is Jacqueline Samantha Titone. She was completely focused on her modelling career. She also acted in small roles in a few movies. After finishing high school she started to model and also became well-established in her field. But she gained more popularity after she got married to Adam Sandler.

Further, she has acted in many films with her husband. For the first, she appeared in 1999’s movie Deuce Bigalow: Male Gigolo. She played the role of Sally in the film. She received a lot of attention from the viewers and many came to know that she is the wife of Adam Sandler. In the same year, she also acted in Big Daddy. She appeared in several films with her husband like Hubie Halloween, Grown-Ups, Murder Mystery, Just Go with It, Little Nicky and a lot more. Also, she starred in the Netflix film The Wrong Missy.

According to the reports, Adam Sandler met his wife Jackie Sandler on the sets of Big Daddy. The movie was released in theatres in 1999. In the film, Jackie acted as a waitress and Sandler played Sonny Koufax in the comedy. In 2020 Adam Sandler shared about the first meeting of him and his wife on his Instagram. He reminisced about that beautiful day. With a sweet caption he said, “22 years ago today we locked eyes and fell deep. Look forward to the next 22, young lady. Love you my forever girl”.

This shows that they fell in love after they met. They really liked each other after their first meeting and that relationship developed into love and resulted in marriage.

When did she married to Adam Sandler?

Adam Sandler and Jackie Sandler got married in 2003. Many celebs like Jennifer Aniston, Dustin Hoffman, Sharon Osbourne and Rob Schneider who are good friends of Sandler attended the wedding. The wedding happened following Jewish traditions and the ceremony took place in Malibu. The couple exchanged their vows in front of 400 guests and Jackie also changed her religion to Judaism in 2000.

What are the names of their children?

The couple has two adorable daughters. The name of the first daughter is Sadie who was born in 2006. The second daughter Sunny was born in 2008.  Their daughters have also acted in films and they are also good actors like their dad. Adam Sandler shared in an interview how his daughters feel about his films. “I hear sometimes in the house, ‘I wanna be in a movie and I say, ‘You are, you were in this, this and this and they go, ‘Not yours.’ I go, ‘Oh, Daddy’s not good enough!”.

How does Jackie feel about Adam’s movies?

Jackie Sandler is very supportive of her husband’s career. They have a trustworthy relationship so Adam’s romantic scenes in his films do not make her uncomfortable. It seems she gives her husband kissing tips to make it look good on the screen. Sandler shared in an interview that she supports him by saying “there’s no jealousy at all. She’s just like, ‘Get in there!’”.

Further, when he was doing romantic scenes with Jenifer Aniston and Drew Barrymore for the movies his wife encouraged him to kiss them properly. Many times she was not happy with his performance. This is the only thing that makes Sandler feel awkward more than the romantic scenes.

What is the secret of their happy married life?

Many people think that Hollywood marriages are temporary as many marriages of popular stars end in divorce. He shared about his marriage life in an interview by saying “Making sure that you don’t run off too long and hanging out together and telling the truth and that kind of thing’s good”. This is the secret of their happy married life. They always speak the truth with each other even when it is not good to hear. They are also frank with each other and share important matters without any delay.

Where are the couple living now?

After getting married and having daughters the carefree life of Adam Sandler changed. He says that he has become a worrier and wants everyone in his family to be happy. He is protective of them and takes care of them. Now the family is living in style in their huge Los Angeles home. He also has estates in Malibu, Boca Raton, and New Hampshire. He bought his mansion in 2004 for $12 million when his film Spanglish was released. The home was originally built in 1990 previously owned by actors Kurt Russell and Goldie Hawn. This home has fourteen bedrooms and seven bathrooms.

He has a networth of $420 million. Many of his films are blockbuster hits so he made a lot of money in his career. He owns cars like Cadillac escalade hybrid, Cadillac CTS, Cadillac DTS etc. He also has donated to several charities too like Boys and Girls Clubs of America and more.

Being the wife of a humorous man like Adam Sandler has made Jackie Sandler’s life very happy. She is a supportive wife and a great match for him.