Who is Sabrina Carpenter’s Boyfriend? 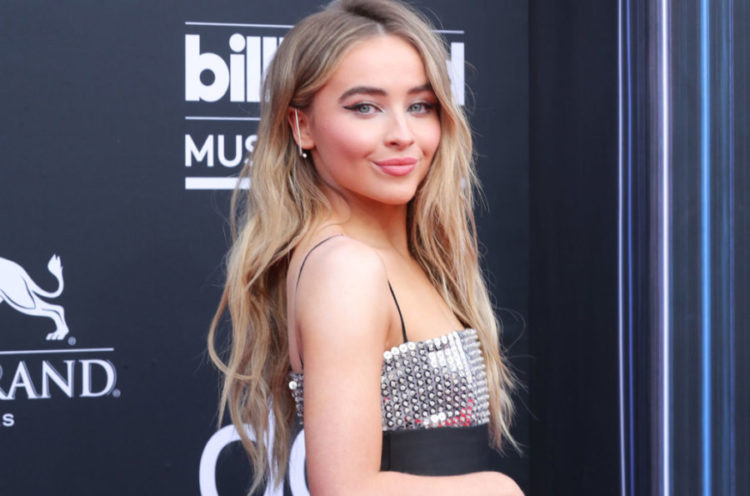 Do you like to know who your favorite Disney star is dating? Here you can know about a Disney celebrity. Sabrina Annlynn Carpenter is a well-known American singer and actress. She made her acting debut in the series Law & Order: Special Victims Unit. Then she got recognition for her role in The Goodwin Games. She acted as Maya Hart in the Girl Meets World from 2014 to 2017. Also, she is a great singer and has released excellent albums such as Evolution, Singular: Act I, Singular: Act II, and more.

She is dating a handsome boy which is creating a stir in social media. You can find all the details about Sabrina Carpenter’s life and also about her boyfriend here.

How old is Sabrina Carpenter?

Carpenter is now twenty-two years old. She was born on 11 May 1999. She started her career as a child and from that time onwards she is exposed to lots of popularity. Also, she was home-schooled, a decision made by her parents.

Why is Sabrina Carpenter popular?

Sabrina Carpenter is from Lehigh Valley, Pennsylvania. She is the niece of actress Nancy Cartwright. She has three older sisters. Then she started to post videos on her Youtube channel at the age of 10. Her father made a purple recording studio for her to create songs. Also, she got placed third in the singing concert arranged by Miley Cyrus.

In 2011 she got her first acting role in Law & Order: Special Victims Unit. Then in 2013, she acted as Maya Hart in the series Girl Meets World. After that, she sang songs and became a great singer as well. Some of her musical influences are Rihanna, Christina Aguilera, and Adele. In songwriting, she has got inspired by Taylor Swift and Lorde.

In 2021 she released a single titled Skin that entered the Billboard Hot 100. It was her first song to get listed.

Who is her best friend?

In the Girl Meets World Carpenter and Blanchard act as school girls who are smart and motivated. Many times they showed the other girls it is best to ask questions. That is why their portrayal of two strong-willed girls became popular. They also taught the fans the importance of friendships among girls.

One girl encourages another girl to chase her dreams. The positivity in the series is because of the close bond and understanding between Carpenter and Blanchard. They two are considered a wonderful duo.

You may also read: Nancy Momoland Biography and Relationship

Who is Sabrina Carpenter Dating?

For a long time, Sabrina Carpenter’s name is linked with Joshua Bassett of the new High School Musical: The Series. But the details of the relationship were kept under wraps for a long time. But the ex-girlfriend of Basset, Olivia Rodrigo released a song with the line that said Josh is “with that blonde girl who always made me doubt”.

This started the rumors of Joshua Bassett and Sabrina Carpenter dating. This pair has not made their relationship public yet. But they are together. As there is a love triangle we have to wait for the couple to share about the relationship. There is a lot of drama created by Rodrigo but Joshua is positive. He appreciated Olivia’s single “Deja Vu” in his story on Instagram.

Sabrina also confirmed her romance with Joshua through her song “Drivers Licence. This convinced many fans of their relationship. It served as a response to the song of Rodrigo.

Who are the former boyfriends of Sabrina Carpenter?

In the past year, Sabrina Carpenter has dated many stars from Disney Channel. At first, she dated Corey Fogelmanis, her co-star from Girl Meets World. Many fans also rooted for the couple. Then from 2014, she dated Bradley Steven Perry from Good Luck Charlie fame. Carpenter and Perry were in their early teens at that time. But still many people called Bradley Steven Perry Sabrina Carpenter boyfriend. Carpenter was also rumored dating Riverdale star Casey Cott. But it remained as rumors and there is no proof of whether they were in a relationship.

When Sabrina starred in the movie Tall Girl fans started to wonder whether she was dating her co-star Griffin Gluck. They both posted a lot of cute pictures together on Instagram that stirred the rumors. In 2019 they even wore matching outfits during Halloween. But the couple never publicly shared their relationship status. Then in 2020, they seemed to have split up.

What is the net worth of Sabrina Carpenter?

Sabrina Carpenter started her acting career early. She also debuted on Broadway and is a great singer. She acted as Cady Heron in the Broadway adaptation of Mean Girls. Her net worth is huge and it is estimated at $4 million. She lent her musical voice to Disney’s “Sofia the First ”.

Sabrina Carpenter is a great actress. She started her career at Disney and now she has become popular because of her acting and talents. Also, she is popular on her Instagram and engages her fans by interesting posts. Therefore many people like her songs.

You may also read: Zendaya Bio, Age, Family, Affairs, Net Worth and All Details