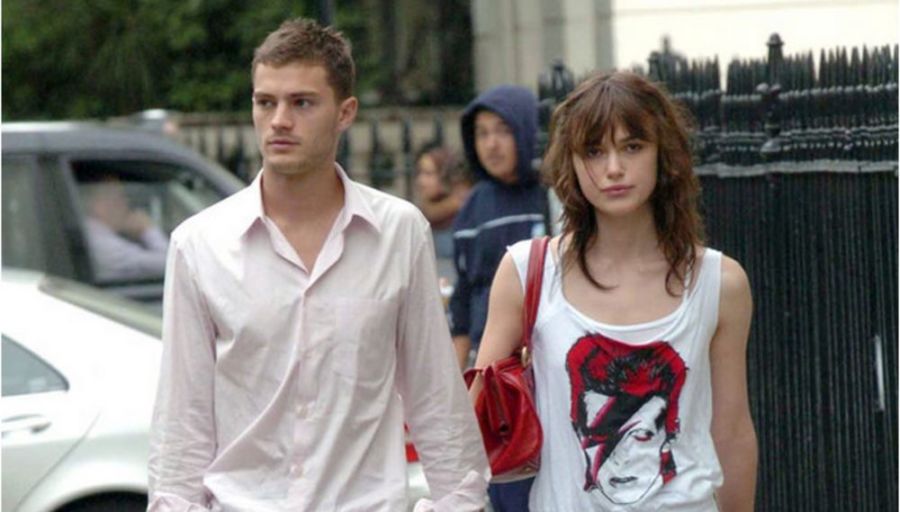 Fictional characters in books, when represented on screen, are always pretty exciting, isn’t it? Especially when a dashing actor like Jamie Dornan brings to life one of the sexiest fictional characters, the hot-shot billionaire CEO Christian Grey from E.L James’ “Fifty Shades of Grey,” young girls can’t help but fantasize about him. Needless to say, Dornan gained international recognition after his role in the trilogy of “Fifty Shades of Grey.”

However, since then, he has continued to distance himself from the character with various differing roles. One of his most recent roles is Kenneth Brannagh’s Oscar-winning film “Belfast.” Here Jamie Dornan plays Pa, the father of nine-year-old Bobby, which the child-actress Jude Hill played. In fact, after “Fifty Shades of Grey,” this role in “Belfast” received lots of love and praise.

But today, we are discussing the celebrity for an entirely different reason altogether. Apart from his successful career, we will also look at his personal life. This article will also share some details about his relationship with the famous actress Keira Knightley. So would you like to know more about it? Stay with us until the end as we will share some of the exciting gossip about the life of the handsome actor. Let’s have a look!

Since you are reading this article, it is evident that you are probably one of the crazy fans of the Irish actor. Well, you are at the right place as we will share with you some of the significant details of Jamie Dornan’s life here. Jamie or James Peter Maxwell Dornan was born on 1st May 1982 in Holywood, County Down in Northern Ireland. Therefore, he is presently 40 years old. However, his looks are still the same as when he was in his late 20s and early 30s.

Apart from being an actor, he is a model and musician from Northern Ireland. Moreover, he is also the recipient of two Irish Film and Television Awards. At the same time, he has been nominated for a BAFTA Television Award, a Golden Globe Award, and a Screen Actors Guild Award. In fact, in 2020, he was at the rank of 32 on The Irish Times’ list of Ireland’s greatest film actors.

Dornan Stepped into The Showbiz Industry Originally as A Model

Many Dornan fans probably know that he stepped into the glamour world as a model in 2001. At that time, he used to appear in campaigns for famous brands like Hugo Boss, Dior Homme, and Calvin Klein. At the same time, The New York Times dubbed him “the Golden Torso,” and he ranked one of the “25 Biggest Male Models of All Time” in the Vogue magazine in 2015. Moreover, he is also a singer and had performed in the folk band Songs of Jim until 2008.

It was in 2006 that he started acting. His breakthrough role was Sheriff Graham Humbert in the series “Once Upon a Time” (2011-2013). His role as a serial killer Paul Spector in the crime drama series “The Fall” (2013-2016), was equally famous. Due to this project, he won the Irish Film and Television Award. Furthermore, his role as the hot-shot CEO Christian Grey in E.L James’ trilogy “Fifty Shades of Grey” took his popularity to new heights. His role as Pa in his recent project “Belfast” also became very popular.

As per the sources, after dropping out of University in 2002, the actor moved to London, where he could eventually become a model. So he started working for the likes of Abercrombie & Fitch. During this time, he started dating one of Hollywood’s biggest stars, Keira Knightley.

So as Dornan started rising as a model in 2003, he took part in a photoshoot for the English jeweler Asprey. It was here that Keira Knightley featured. However, after a few years, the actress opened up about their relationship in an interview and said, “I’m mad about him. He keeps me sane when things get stressful,” she said. “We always have fun together.” But we do not come to know much about how quickly the two became a couple. However, they were together for a few years after calling it a quit in 2006.

Now, you might wonder why the lovely couple broke up. Let us share with you the details. Even though their relationship was low-key, Dornan was surprisingly quite frank about why they broke up. “There is a big pressure when you go out with someone such as Keira,” the actor said in an interview.

He also added that in such cases, the man is meant to be the alpha in the relationship on the money and power front, which Dornan was not. In fact, at that time, Keira Knightley was at the peak of her career after her release of two of her superhits, “Pirates of the Caribbean” and “Love Actually.” So naturally, there were problems between the two that they could not solve, leading to their break-up.

Also read: Why Doesn’t Mindy Kaling Have Marriage in Her Cards?

As we mentioned earlier, both the actors had tried to keep their relationship away from the spotlight as much as possible. However, we come to know from various sources that Knightley was indeed heartbroken when this relationship ended. The actress reportedly “shed a river of tears” following their breakup.

Keira had really thought that she and Jamie Dornan had love, but fate had different plans for the couple. Both of them tried hard to make it work; however, for some other reasons, that did not happen. According to leading media houses, their split may have been down to Dornan wanting to become an actor. During this time, Dornan starred in his first film, “Marie Antoniette,” with Kristen Dunst.

So even though we do not know the exact reasons why Dornan and Keira Knightley ended things, we hope they are happy with their present partners. In fact, Dornan was not too happy about the constant attention that the couple received. They felt as if constantly someone was following them behind. “The paparazzi are cretins.

There are so many ways to make a living that don’t involve hiding in bushes outside the houses of 18-year-old girls with a camera in your hand.” Often we do not realize that celebrities also prefer some privacy in their personal lives. Therefore, people should keep this in mind.

Who is The Present Partner of Jamie Dornan?

The dashing Irish actor is currently happily married to the English actress and singer-songwriter Amelia Warner. After breaking up with Knightley in 2005, the actor started dating Warner in 2010. However, the actor had met his future wife at a party in 2007 for the first time. After becoming friends, they did a film shoot, and the attraction was instant for both of them.

In 2012, the lovely couple took another step and exchanged rings with each other. Finally, in 2013, they tied the knot in a private ceremony. The couple has three children. According to the actor, Warner has always been supportive of her husband’s career. Even when he was shooting highly intimate scenes with his co-star Dakota Johnson, his wife was pretty cool with everything. She understood that this was a part of a movie and nothing else. This shows that the couple has a great bonding with each other.

So as we conclude, we can say that Jamie Dornan is one of those stars who presently is at the peak of his career in the film industry. Even though he could not save his former relationship with Keira Knightley, he has put in lots of effort to ensure that things are alright between him and his wife.