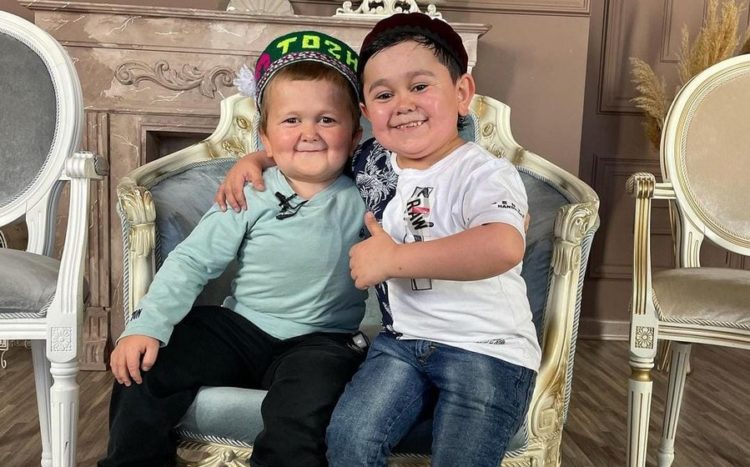 Nowadays, bloggers coming to the spotlight because of their unique content on various social media platforms is no longer surprising. Hasbulla Magomedov is one of those celebrity bloggers highly popular among the present generation. Many of you must have already watched the videos of this Russian TikToker.

In fact, people also nicknamed him “Mini Khabib.” This name was inspired by the former UFC lightweight champion Khabib Nurmagomedov. However, why did his fans give him this funny nickname? Well, if you are curious to know about the answer to this question, stay with us till the end. We will share some of the exciting facts about this social media celebrity. Let us dig in!

Who is Hasbulla Magomedov?

Since you are reading this blog, it is pretty obvious that you are eager to know about this celebrity blogger. Well, you are at the right place as we will share with you all the significant details of Hasbulla Magomedov’s life here.

This celebrity TikToker was born in 2003. Therefore, if you think about how old is Hasbulla, he is just 19 years old. Even though he just stepped into the phase of adulthood, he has the characteristics of a child. You can often mistake Hasbulla Magomedov for a five-year-old child by his height, face, and voice. It is due to the genetic disorder that gives him these childlike characteristics like stunted growth and a high voice. In fact, it is because of his childish attitude his fans love him so much. According to the celebrity, he started posting these videos on TikTok just for fun. However, people started loving his content, making him highly famous on social media platforms.

However, it presently seems that even though the UFC fans have enjoyed “Mini Khabib’s” comedic posts, he is no longer interested in sticking around as a blogger for too long. In fact, at an interview with the Russian media, Hasbulla revealed that he intends to become a theologian. So we are yet to see what he chooses to do in the near future.

Needless to say, Hasbulla Magomedov is an adorable and super cute young celebrity. As per his interviews on various websites, he is 3ft 4 inches.

In fact, the average height for an adult with dwarfism is around 4ft, with the general one being 4ft 10 inches. That is due to the genetic deformity he has got. However, that does not stop him from posting amazing videos on TikTok. In fact, even at this age, he already has millions of followers in TikTok.

Why did Hasbulla Get the Title of “Mini Khabib”?

Many of you might already wonder why his fans decide to give him this hilarious nickname, “Mini Khabib.” As you know, this celebrity blogger belongs to the capital city of Dagestan. As per the sources, his posting of several hilarious videos of him pretending to fight children earned him his unique nickname. Also, he often shared many of Khabib’s videos, which made his fans realize that he is probably one of the ardent fans of Khabib. Therefore, they started calling him by that name.

At the same time, he also became well-known after his beef with another internet sensation, Abhu Rozik, hit the internet. In fact, the two of them never saw eye-to-eye after that and even had a rift at UFC 267.

Many Hasbulla’s fans often mistake him as the famous UFC champion Khabi Nurmagamedov’s son. In fact, the fans also believe that “Mini Khabib” and the UFC star look a lot similar. However, in reality, they share no relations.

They might appear to be as close friends as Khabib posted a video of Hasbulla on his Instagram account. Moreover, a video of them having dinner together has also gone viral in the past few months. We saw the two of them taking photos with some of their fans. So, of course, Hasbulla had met the famous UFC champion.

For everyone wondering about Hasbulla and Abdu rozik’s Age, here’s the information you needpic.twitter.com/0NL15HYMIE

Will the Fans Ever See “Mini Khabib” Make an MMA Debut?

If there is determination and willpower, every impossible task seems possible. Even though we know that Hasbulla suffers from the growth hormone deficiency, his resolve and charisma are greater than many.

Also, this celebrity blogger is acquainted with big MMA names like Islam Makkachev, Daniel Cormier, and UFC president Dana White. In fact, Dana seems pretty impressed by Hasbulla and even shared his plans to do something big with him in the upcoming future. All of them love this young kid a lot, so you might get to see it in an MMA debut. However, the official sources confirm nothing; we might get to see Hasbulla fight the world’s smallest singer Abdu Rozik.

Why has Hasbulla Gone Viral on TikTok?

If you are a TikToker yourself, you must have indeed watched Hasbulla Magomedov’s cute videos. In fact, he became a cult hero in the MMA community after several videos of the blogger went viral.

During this time, he gained the nickname Mini Khabib after recreating Khabib’s iconic UFC weigh-in videos. In fact, his pre-fight “press conference” with his fellow social media personality Abdu Rozik is one of his most popular videos. You must know that Rozik has a similar growth disorder, probably GHD, Growth Hormone Deficiency.

Due to the two men’s popularity in the online medium, Chechen MMA fighter Asxab Tamaev is probably organizing a mixed martial arts fight between them. However, the Russian Dwarf Athletic Association head described the fight as “unethical and wrong.” She also said in a statement that they merely formed the fight to make people laugh. They also said it would be taken seriously if martial arts with dwarfism were made a Paralympic sport.

How Many Fights Has Hasbulla Been Involved in By Now?

Many of our readers probably think how many fights has Hasbulla been until now; let us share with you the details. It is presently unknown if Hasbulla has been involved in any previous fights. Since he is a close friend of the UFC champion Khabib, you can probably see him in many fights in the future.

In fact, we have often seen the pair in videos with one another on Tik Tok and are presently great friends.

So as we conclude, we can say that Hasbulla Magomedov is one of the popular TikTokers. Needless to say, he has already gained millions of followers. We hope that in the future also he can achieve his targets.

Also read: Who is Naim Darrechi? What Happened to Spanish TikTok Star?