Will Bogaerts Leave Boston Red Sox in 2023, As They Struggle for Form? 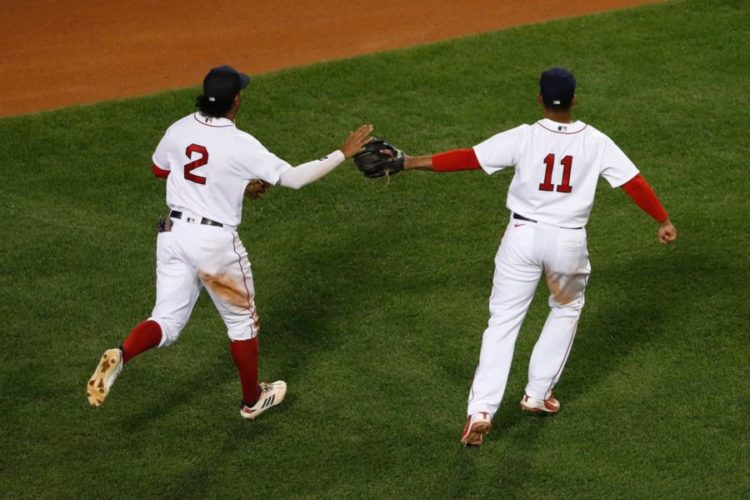 The world of sports is a highly competitive one. Here the number of wins decides the success of a team. Especially in team sports like baseball, which is generally played in the league format, the points table decides the success of a team. That is why baseball teams try to rope in some of the best players of the game, with the view of having a successful season. With the same view, the Boston Red Sox tried to form a formidable team around Xander Bogaerts. However, things do not work out well for the Boston Red Sox, as they keep on losing.

On his arrival from Tampa Bay, Chaim Bloom wanted to instill a culture of consistency in the team. But till now, his ideology doesn’t seem to gave any impact on the team. Instead of making it up the points table, the Red Sox are now sitting at the bottom of the American League East, with 12 wins and 20 loses.

With the 2022 trade deadline still months away, the rumors are up in the air that Red Cox will turn out to be the biggest seller. The team has no shortage of talented players, in spite of their disastrous season. A host of players like JD Martinez, Kiké Hernández, Christian Vazquez, and Nathan Eovaldi will be free agents at the end of the season. Thus, many teams will be looking to have these players in their teams. But the greatest speculations circle around Xander Bogaerts. Will he leave the club at the end of the season? Read the article to know more about this.

The Sox have a forgettable run this season. That is why speculations about Bogaerts’ future are up in the air. Given the quality which Bogaerts has, it will not be difficult for him to get a suitable price tag against him. But is he really in a position to leave the sox?

Well, it seems that a move is possible. Bogaerts has a full no-trade clause. So, he can choose any trade he wants. In fact, the Red Cox have once low-balled him and Bogaerts is visibly unhappy with that. He is a player with glaring achievements. He has been World Series champion twice, three-time All-Star, and four-time Silver Slugger. Moreover, he has been getting MVP votes for the last four seasons. Thus, a player of this calibre deserves better treatment from his team.

It is not that the Boston Red Sox have no money to pay him and Devers. In fact, they are ranked just after the New York Yankees and Los Angeles Dodgers on Forbes’ annual list. They are valued at $3.9 billion. But, instead of paying their best assets, they are throwing money at other free agents. In fact, this has been the tradition with the Cox. They always neglect their homegrown talents like David Ortiz. It really appears strange to see the Sox depriving their own talents, while they spend a lot of money elsewhere.

In fact, Bogaerts is a kind of player, who displays the ideals of leadership perfectly. He helped to recruit Story to the team, knowing full well that Story could replace him. In 2019, when he signed for the Sox, it was a team-friendly deal on his part. But the Sox didn’t seem to appreciate that. Thus, if he leaves the Sox, it would not be baseless.

Apart from Bogaerts’ skills, the Sox seem to overlook the bond that he shares with Devers. In fact, he has been mentoring Devers for the last five years. They are more like brothers. Therefore if Bogaerts decide to leave the club, will Devers be happy to stay back? This remains a big concern for all the fans out there. If the Sox want to solve the Bogaerts issue, they have to start valuing their homegrown assets more. Or else, an uncertain future awaits the Boston Red Sox.

Also Read: The Pressure’s Staring Jayson Tatum In The Face Despite Him Not Feeling It