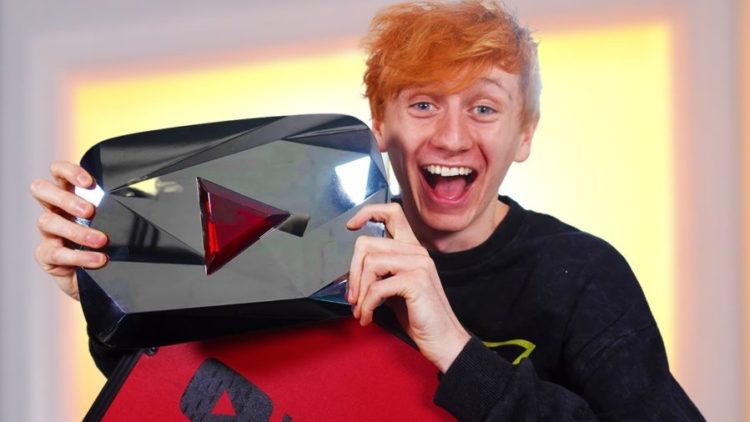 YouTube gives different kinds of awards to people who have become popular in their portals with their contents. So when people offer unique contents on Youtube and if that gets lots of recognition from viewers then YouTube appreciates such personalities. One such award is the YouTube Red Diamond Play button. It is a special award given by YouTube to the Channels that are able to reach 100 million subscribers. At the moment there are only five channels that have received such honour from YouTube.

Here you will get the details of the five channels and the people behind them.

The real name of this famous YouTuber is Felix Arvid Ulf Kjellberg. In the online world, he is well known as PewDiePie. He hails from Sweden. Mostly he is popular for his Let’s Play videos and comedic formatted shows. His age is now thirty-one. In 2010 Kjellberg created a channel on YouTube named “PewDiePie”. Firstly, he started to post his Let’s Play videos based on horror and action video games.

Then his channel began to get famous because of his humorous contents. On 25 August he became the first person on YouTube to reach 100 million subscribers. Further, YouTube congratulated him on his achievement and awarded him the Red Diamond Play Button.

Super Cassettes Industries Private Limited is a company doing business as T-series. It is an Indian film production as well as a Record Label created by Gulshan Kumar on July 11, 1983. Further, it is one of the largest record labels in India. This company has a YouTube channel which is one of the most viewed as well as subscribed channel on Youtube. Also, the company has thirteen members working for the YouTube Team. Because of its popularity on YouTube, it received the Youtube Red Diamond Play Button.

Cocomelon is a popular American YouTube channel that specializes in 3D animation videos of traditional English rhymes. Also, they contain the original children’s songs of the rhymes. As of 2020, this channel has become one of the most viewed channels on YouTube. The channel has children, adults and animals who talk with each other and sing the rhymes.

For the children to sing along the lyrics appear on the screen. That is why it has become the third channel in the world to get more than 100 million subscribers.

Also read: What is a VTuber Or Virtual YouTuber? What Do VTubers Do?

Sony Entertainment Television is a popular Indian Hindi-language entertainment television channel. Its Youtube channel has got fourth place in the list because of its immense fame all over the world. Also, the TV channel launched in September 1995 where they aired many dramatic and reality shows. Now they have many well-recognised shows and they stream some parts of them on Youtube. Further, in 2006 the channel adapted the shows such as Big Boss and Big Brother.

Youtube Music is a streaming channel on Youtube. Its developer is Youtube. Also, this channel allows its users to browse songs and music videos from various genres. That is why it has become the favourite platform of music lovers. It is the fifth most subscribed channel in the world and it has received the Youtube Red Diamond Play Button for its popularity.

These are the five most subscribed channels on Youtube right now. They are the trendsetters because with their amazing contents they have reached the milestone of  100 million subscribers.