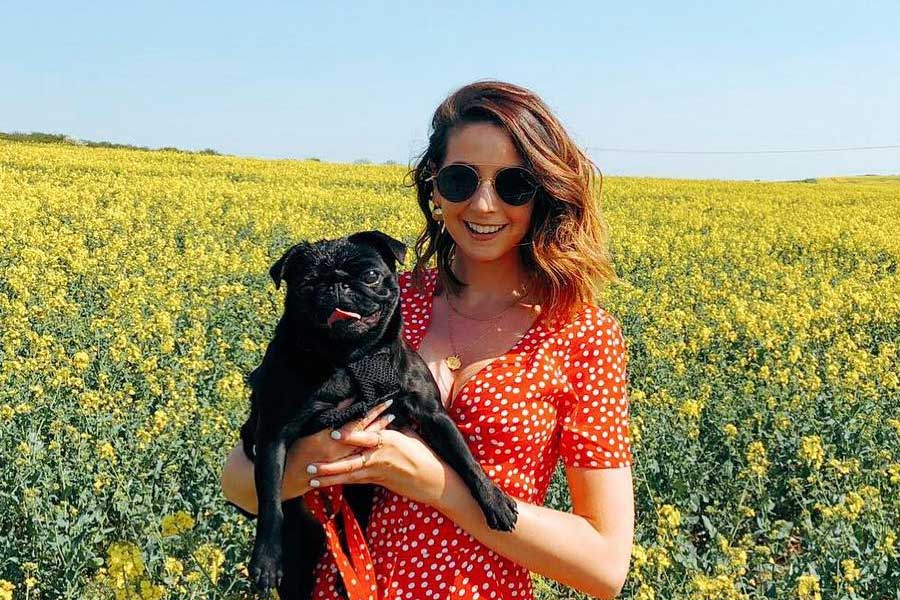 Zoe Elizabeth Sugg is a vlogger, author, and entrepreneur. She has a YouTube channel with username Zoella where she talks about fashion, style, and other essentials of life. In the year 2014, she started her own brand that sells beauty products. The name of the brand is Zoella Beauty. This was the biggest beauty launch of the year. Then she began a business that sold a collection of homeware products and her two businesses together received good returns. Her debut book called Girl Online released in November 2014 and it broke the record of first-week sales.

To know more about the vlogger and entrepreneur continue reading

Zoe Elizabeth was born in Lacock, Wiltshire on 28 March 1990. She attended The Corsham School and Arts College and completed it with good grades in photography and textiles. Zoe was not able to attend the University because of her eating problems. She is the older sister of Joe Sugg a popular YouTuber, actor, and singer. 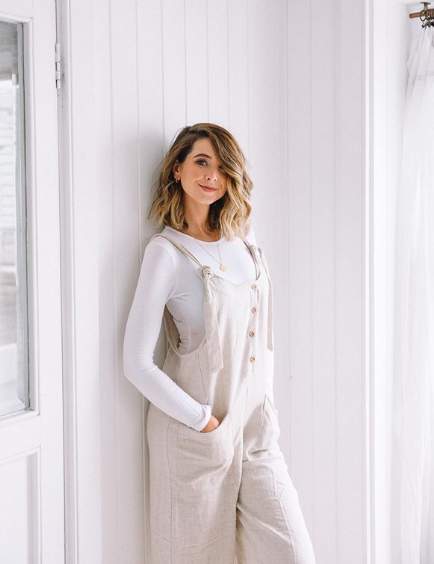 The beginning of her career

Sugg was having a job as an apprentice at an interior designing business. Then during that time, she designed her blog “Zoella”. The blog received many followers numbering 540 million. The fashion and style blog then appeared on the Youtube channel also. The main channel was first named “zoella280390” and it mostly displayed fashion, style, and other interesting videos. Her second channel called MoreZoella consists of vlogs where she displays her lifestyle to her followers. She is one of the members of the Style Haul network. In 2013 The Telegraph named her one of Britain’s most influential Tweeters. She is also called the first digital ambassador for mind and health.

She began a beauty products business in 2014 named Zoella Beauty. The range of the products was Bath and Beauty. The creators of the products were the Gloucestershire family company SLG Allstars Ltd. Then she released the range of Tutti Frutti products during the Christmas season that was a success. Since 2016 she has also been the head of ZS Beauty Ltd a wholesale company of perfumes and cosmetics.

Then in 2016, she started the company based on homeware products such as candles, stationaries, and reed diffusers. But in 2020 Zoella Beauty and Zoella Lifestyle came to a close because of the disagreements with SLG, She also had a new vision.

She came as a guest panelist on the show Loose Women a chat show. She also arrived to talk in The Morning show about Social Anxiety. In 2014 she signed a contract with Penguin Books to write two books. Her debut novel Girl Online then released in 2014. This book focused on the young adult audience. The story is about a fifteen-year-old girl who blogs but suddenly her blog becomes popular overnight. Some events in the story based on her personal life but the book was not an autobiography. The book sold fast from the day it got released. Then sequels to the book Girl Online: On Tour released 20 October 2015 and then Girl Online: Going solo released on 17 November 2016. But many thought the sequels not as interesting as the first one.

In 2019 Sugg started working on the limited edition of ColourPop Cosmetics makeup range and the theme was the 70s. In 2019 Sugg announced a mobile photography app that she is creating with the help of Elsie Larson and Emma Chapman. Then she was also working on another app Template a mobile app for editing stories on Instagram. In 2020 she released The Magpie Society: One for Sorrow which is young adult fiction. This novel co-authored by Amy McCulloch. It released on 29 October 2020. The novel traces the points of view of two girls studying in an elite boarding school. 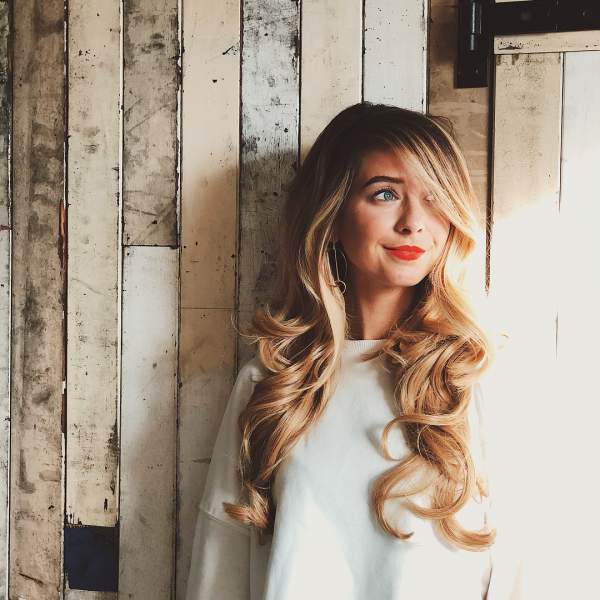 In the year 2014 Zoe received criticism when she was driving the car while filming. Metropolitan police commented that she was not careful and it was a risky act but her spokesperson said that she was only at mild traffic at the time.

Many of the followers commented on her £50 advent calendar that she released during Christmas. It looked cheap and but sold at high prices then revealed at the outset. But it was later stated that the price and promotions are set by the third parties.

In social media posts, a controversy stirred because of her negative comments about gay people. Then Zoe apologized to the audience and took the posts from twitter and shared that it was not her intention to harm the sensibilities of her followers. 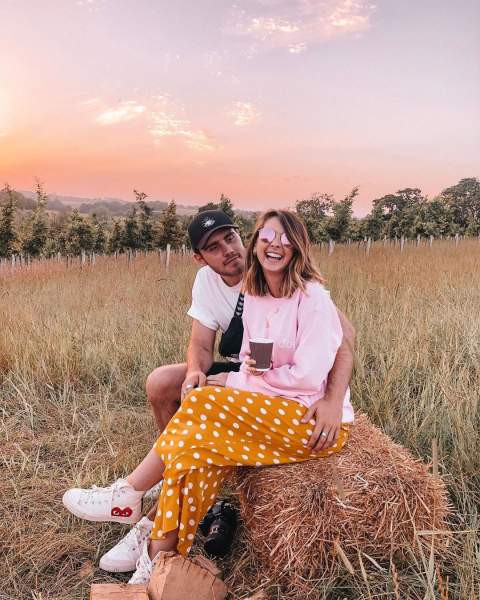 Sugg from the year 2012 is in a relationship with fellow vlogger Alfie Deyes. They revealed the relationship through a blog post in 2013. She is living in Brighton, East Sussex with him.

Zoe Sugg is thirty years old. Her height is 1.63 m and her weight is 52 kg. She has got blue eyes and the colour of her hair is brown. 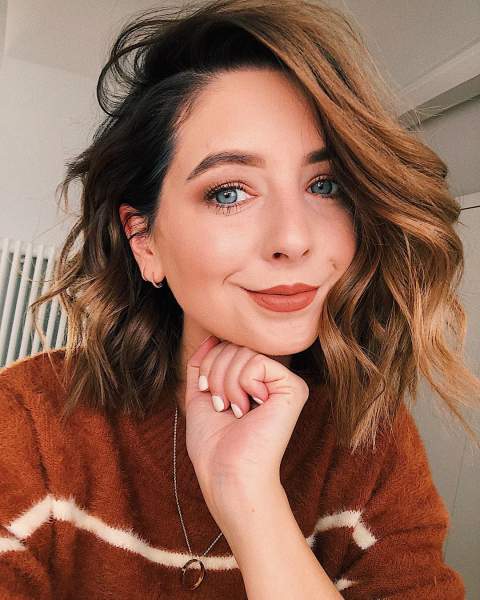 Zoe’s net worth estimate of the year 2020 is 3 million pounds. The majority of the wealth acquired from her business and her Youtube channels. She also received money from book releases. Vlogger keeps on releasing a video about her daily life on Youtube that gets lots of views from her fans. She is a smart businesswoman as well as a vlogger. Zoe is using her talents in a most productive way. Her businesses earned yearly revenue of over £3.8 million. Since then she is most active in other kinds of businesses also. She is a determined person bent on making all her plans successful.

Zoe’s Youtube channel stands fourth in the list of popular channels in the UK. She is an extremely talented woman who from her young age explored many businesses. Her ideas suit the mind-set of modern youth. She always has plans to start something new and interesting for the benefit of her followers. Her vlogs are helping many people to get ahead in their life and mostly for the teenagers to get rid of social anxiety.