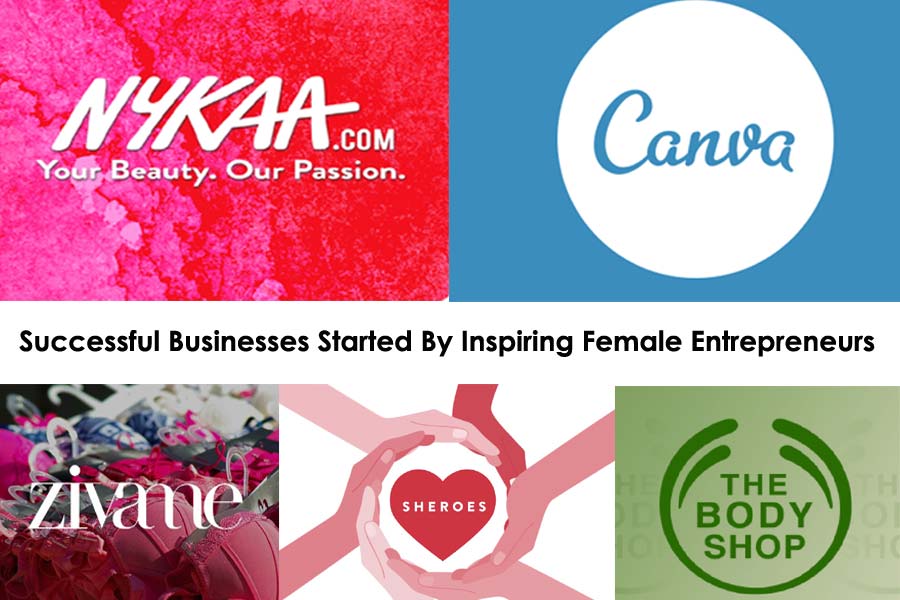 They say that women are born leaders. They are capable of doing anything great in the world. It’s not just the business that we are talking about, they can well handle home, their kids, household chores, etc too along with their business. In the modern era, we have so many successful women entrepreneurs who have initiated running start-ups which have grown into a successful business now. Here, we are presenting with you

The list of some of the most successful businesses that were started by inspiring female entrepreneurs. Take a look.

Nykaa has become every girl’s favourite as of now. From liners to blushers and host of lip shades Nykaa has it all. Before starting this successful venture, Falguni has a grand successful career of over 25 years in financial services, 18 of which were spent with the Kotak Mahindra group as Managing Director. Currently, Nykaa is one of India’s leading beauty retailers unlike other beauty ventures present in the market.

Also read: 6 of The Young Entrepreneurs Who Gave Birth To The Mesmerizing and Successful Startups in India

Richa Kar is the co-founder and CEO of an online lingerie store, Zivame. This has made the lives of millions of women so easy with many options to shop from her venture. The venture has helped a lot specifically to those women who feel shy in trying lingerie at the physical store. Thus, she conceptualized Zivame, a place where women can understand and get to explore their lingerie needs, browse through styles, sizes and get the goods delivered at their doorstep without all the embarrassment.

Now what to say about her, she is the jack of all trades. Sairee is a serial entrepreneur, co-founder of Fleximoms, founder of SHEROES.in, mentor, occasional writer and mother to a seven-year-old daughter. She has taken multi-tasking to another level due to her involvement in so many things. Besides this, she is also a TED speaker, a finalist for the Cartier Women’s Award Initiative for 2012 and voted Most Powerful Women in Indian Business, 2012.

She has been featured on shows like What Women Want, Young Turks and Pioneering Spirit. Her venture – Fleximoms helps mothers and women with a pathway to re-enter the workplace with job opportunities, information and mentoring. SHEROES .in is another venture which helps women of the workplace offering opportunities, resources, and conversations.

After trying her hand at running a hotel and a restaurant, Anita Roddick has started The Body Shop in 1976 in England to create a livelihood for herself and her two daughters while her husband was travelling the globe. The Body Shop is all about bathing essentials which you’ll love to shop. It has a presence all over the Globe.

If you are creative and love to design something of your own, then you might be aware of Canva. Canva is an Australia-based graphic design platform that was created in 2013 to help everyone create and publish beautiful, professional materials. Canva has raised more than $140 million, is valued at $2.5 billion, and has 15 million active monthly users around the globe.

Also read: The Story Of The Founder Of ‘Love & Cheesecake’ Which Started From A Small Kitchen in Bandra

A Comprehensive Guide on the Best Online Multifamily Crowdfunding Platforms