8 Best Games Like Among Us to Play for Fun 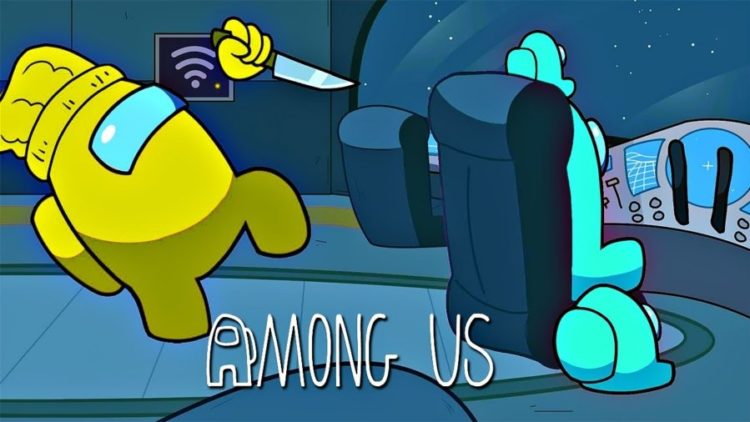 If you are a game freak and love to play games like Among Us then get ready for some fun. Among Us is a famous game that contains an interesting plot and characters. In this multiplayer game, little spacemen try to save their ship from the impostor. You as a player have to identify who the impostor are in your team before they take over. The social deduction aspect of the game has attracted many players all over the world. So they are looking for alternatives to Among Us.

Although these games do not completely look like Among Us they sure do have some good aspects of the game. Here is the list of games like Among Us for you.

This game contains murder, mobs and mystery. Also, it can get messy once you find the traitor. Everybody may look innocent in this town of Salem but there are serial killers, arsonists, mafia and neutrals in the game. You have to find the culprits and save yourself before they kill you. Also, you have to save the innocent people of the town. You can pick your character from thirty-three characters in the game. Now more than 8 million players are enjoying this game so you can too.

This is a multiplayer first shooter game and has some aspects of the Among Us game. It is an action-packed game which you can play with your friends. You will wake up in an asylum in the game with five people. A voice in the game will guide you in your missions. But some members of your group get infected by the virus. Therefore you have to find who that is before they kill you and your uninfected team members.

Also, you have to be alert in every part of the game because the characters will suddenly change into terrible creatures. You can enjoy this game now available for you to play.

If you like history and politics then this game will interest you. Also, it has the social deduction aspect of Among Us. It will show you how it is like to be a fascist or a liberal in 1930s Germany. You and your friends can take up the role of liberals and fascists in the Reichstag of the Weimar Republic. But one of the players among you will be Hitler.

You have to find who that is before Hitler becomes the chancellor. Therefore every step in the game will break you or make you. Also, you can know many facts about that period while playing the game. Hence try playing it as it is fun.

If you like the themes of betrayal and deception in a game then there is more of it in Project Winter. It is an eight-person game where there is a mix of survivors and betrayers. The survivors in the game will do every activity to stay alive in the winter. They cut wood, harvest berries, repair things, break rocks and more. But the traitors will try to sabotage every effort of the survivors. They try to poison others and will not allow them to escape.

That is why you have to find them before they kill others. The traitors will try to blend in with the other survivors making it difficult for you to spot them. This is what makes the game more interesting to play. Further, the game will let you have private chats, voice chats and more.

You may also like: 10 Best Anime Based on Video Games

This game is set in an extraterrestrial backdrop like the Among Us. The game takes place in space where you are a spaceman waiting for help. But you have to do some tasks to save yourself. Also, you have to work with the other astronauts who are also waiting to be rescued. But you cannot believe everyone as there is a shapeshifting monster trying to kill you and the others.

So you have to identify who that is before it takes over the others too. You can play with up to sixteen players in the game. But if not there is a five-player mode as well as a ten. So you can enjoy this game with your friends and have a blast.

As the title suggests the game is about betrayal. There are mobile versions of the game available for you so you can play it. It is a multiplayer cooperation game where you have to take up the characters of the stars in the film Betrayal. But there is a betrayer in the crew who tries to eliminate the members one by one. So without getting caught you have to find who that is.

But you also have to do tasks in the game like repairing the spaceship along with the team. Similar to Among Us you can take a poll and try to eliminate the player whom you and your team think is the imposter.

If you like to play mobile party games then the suitable game is Triple Pick. The game revolves around themes like espionage and deception. You will find hidden roles, social deduction and traitors. Further, you can play this game with five to six players. Each of the team members will either be a good agent of The Service or the double agent sent by The VIRUS.

So you have to find who the double agents are in your team before time runs out. Also, you can vote to send whom you think is a double agent to prison.

This is a multiplayer VR game where you have to play as a resident of a village. But in your village werewolves are lurking in disguise. They will try to kill and eat the residents one by one. So you have to find out who the werewolves are. You can also collect the resources and keep your village thriving. In the end either the werewolves win or the innocent villagers. Believe no one in this game as they will lie to kill you.

You may also like: 7 Weirdest Video Game Characters Till Date