An In-depth Review of The GoPro Hero 11 Balck 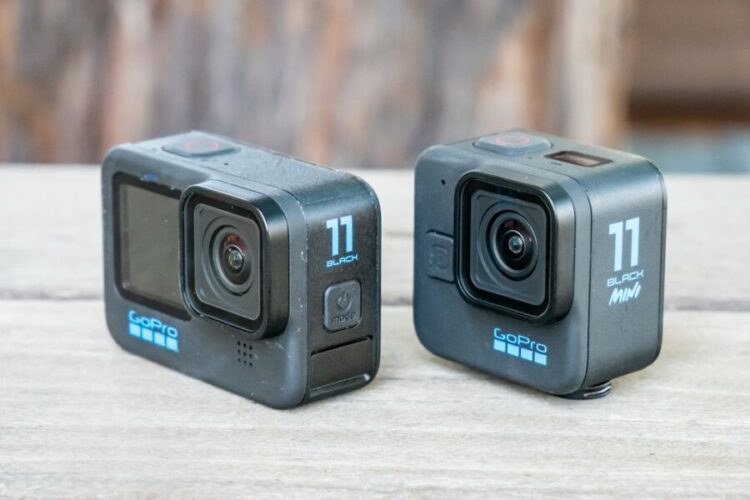 The GoPro Hero 11 Black is the latest model in a line of action cameras that dates back to 2005. It isn’t a significant upgrade over the Hero 10 Black. But still it will remain for $349.98 / £349.98 / AU$549.95 with a subscription at a reduced price. Although GoPro Black’s new 1/1.9in sensor offers some new interesting features. But it will be especially appealing to people who like grading their videos.

This new sensor also improves the adaptability of the GoPro Hero 11 Black, rather than its image quality. Because it features a nearly square 8:7 aspect ratio.

Here, you may export videos in other formats, such as 9:16 for TikTok and Instagram, without losing quality.

At the same time it also has a brand-new digital lens called “HyperView”. It is extremely wide and provides the equivalent of a 12mm focal length. As a result, the GoPro Hero 11 Black and possibly its upcoming Hero 11 Black Mini are the greatest action cameras for shooting social media videos.

The sole visual difference between the GoPro Hero 11 and the Hero 10 is a 1 in place of a 0 on the side. Keeping the same design allows current Hero 10 customers to use existing accessories, which is somewhat in their favor.

GoPro Hero 11 contains  all the features like the Volta battery grip, Media Mod, and LED light.

Only vertically, the GoPro Hero 11’s picture sensor is bigger than the Hero 10’s. GoPro’s addition of a small amount of height to the sensor allows the customer to capture both horizontal and vertical footage concurrently. However, with GoPro Hero 11 people can record longer Youtube videos.

The height also provides greater editing options, which is another benefit of filming in full-frame mode. In terms of video quality, the Hero 11 can now shoot at up to 120Mbps bit rate. Whereas the Hero 10 can only shoot at 100Mbps.

The Hero 11 has identical front and rear screens as the Hero 10. They are easily visible in bright sunshine and provide an accurate preview with good colors and contrast.

The GoPro Enduro battery, which increases energy life by up to 38%, is now included in the GoPro Hero 11’s initial shipment. It is rated down to 14 degrees Fahrenheit and extends battery life in cold conditions.

Additionally, the camera now has an extended battery option that lowers energy use at the expense of image quality.

The Hero 11 is currently available for $500. But if one feels like signing up for GoPro’s premium membership plan, the price drops to $400. Although the cost of the Creator edition is $700, or $580 with the subscription. Since this is quite expensive, the subscription offers a lot of offer value.

However, the Hero 11 Black Mini will cost $400 or $300 with a subscription on October 25 if you’re prepared to wait. Although it differs significantly from the full-size Hero 11 Black in many aspects, it offers the majority of its features for $100 less.

Also read: The VR Backpack is The Closest Thing We Have To True Virtual Reality