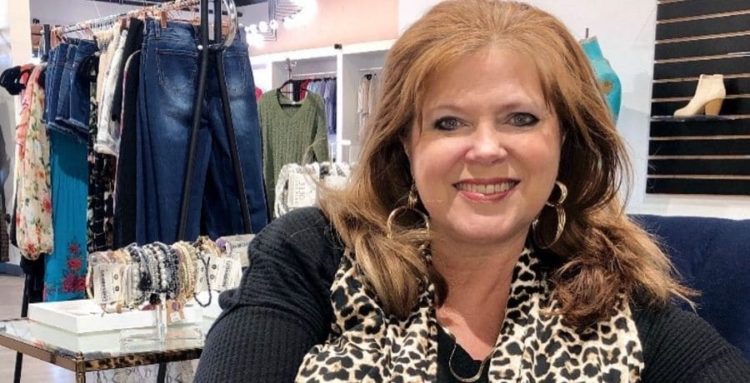 If you have been watching TLC for a while, you will know that the Duggar family has appeared on TLC for more than a decade. So in this regard, you must have come across Deanna Duggar’s name, right?  In fact, their rise to fame and popularity was because of this show. However, when the incident of Josh Duggar, the family’s eldest son had se*ually abused some of his siblings.

But when things settled, the family carried on in the public eye relatively unscathed. However, now that police have convicted Josh of possessing and receiving child pornography, there are changes in the scenario. As per the sources, their family friends and even Duggar family members are coming forward to reveal the family’s dark secrets.

Deanna Duggar is Jim Bob Duggar’s sister and is the most recent family member to step forward. Moreover, in a recent interview, Deanna also suggested that Josh’s issues might have been rooted in the family for a long time. So there are chances that he might have inherited it from his father. Let us find out more about what Deanna Duggar says about her family.

Who is Deanna Duggar?

As we said earlier, Deanna Lee Duggar is the eldest child and the only daughter of Jimmy Duggar and Mary Duggar. She is also the sister of Jim Bob Duggar. Deanna was born on July 8th, 1962, in Springdale. Therefore, she is currently 60 years old.

On September 14, 2006, Deanna tied the knot with Terry Wayne Jordan in Springdale. As per the sources, the couple married each other when their daughter Amy was 19 years old. However, they opted for divorce later due to some personal differences. Deanna appeared on the TLC shows 19 Kids and Counting and Counting On. The show focused on the life of her brother Jim Bob’s large conservative family. Let us now find out more about what dar secrets she reveals about her family members.

So if you have watched the episodes of the TLC show on Duggars, you will know that Jim Bob Duggar has openly discussed his childhood several times. Moreover, the Duggar daughters have also talked about their grandfather. Now, Deanna Duggar is trying to make the picture even clear.

In a recent interview, Deanna said she had spent a lot of time figuring out what went wrong in her family and making sense of what her nephew did. So she was wondering if this nature of Josh Duggar was because of the same mental health issues her father had. She had, in fact, said in the interview, “My father had serious mental health issues. It could’ve been passed down to Josh. I do not know.”

However, she did not go into details about Jimmy Lee Duggar. Deanna also did not mention if he had any history of se*ual abuse or if he was ever formally diagnosed with a mental health condition. But we can well assume that something might have been the case.

Needless to say, Josh Duggar’s actual mental health concerns remain a mystery. Jimmy Lee had died in 2009 from cancer, so there is no chance for us to know more about him. However, several of her grandchildren have passed remarks about their grandfather. They indicated that he probably had some serious mental health issues.

In fact, Amy Duggar King, the daughter of Deanna Duggar, once said her grandfather was not a “safe” person. However, she did not elaborate much on why she was saying this. Moreover, in their book, “Growing Up Duggar,” Jessa Seewald, Jill Dillard, Jana Duggar, and Jinger Vuolo wrote about their grandfather.

They had disclosed the incidents in a roundabout way. As per the sources, the memoir suggested that Jimmy Lee Duggar may have dealt with alcoholism during his adulthood. They also referred to his abusive nature. Jimmy Lee and his wife, Mary, lived with Jim Bob, Michelle, and their children in his final years. So you can well understand the entire Duggar family has several secrets that will come up in due time.

Does Deanna’s Theory About Josh Have Relevance?

Deanna has shared several aspects of Josh Duggar in many interviews with leading newspapers and websites. Like her daughter and several of Jim and Michelle Duggar’s children, she was entirely in the dark about Josh Duggar’s criminal behavior. However, one might wonder if Deanna’s theory about Josh’s criminal acts has relevance or not. Let us find out.

If you research a bit extensively, you will figure out that Josh Duggar’s case looks like pedophilia and se*ual abuse inside families. However, there is not yet any definitive answer about the causes. According to some evidence, pedophilia runs in their family.

As per the sources, once the police take him to the federal prison, Josh Duggar will enroll him in a special program for se* offenders. In fact, Josh Duggar will also need to adhere to a lengthy list of conditions. If he does not abide by the rules, he might risk returning to prison upon his release.

Moreover, after his release, the law will allow him to have any unsupervised access to any children, including his own. At the same time, he will not have any access to the internet facilities unless a probation officer approves. In addition, there will be strict prohibitions on him looking at pornographic stuff. So you can well understand that he is presently in a precarious state. It depends on his way of living as to how he will spend the rest of his life.

So as we conclude, we can say that the Duggar family has several dirty secrets that we have learned over time. However, with Deanna Duggar opening up, we are coming across new info that is raising several questions in our minds. It is indeed beyond any words as to what Josh has done.

However, if it results from mental health issues in his family, the case will probably have a new outlook. We are yet to know what happens, so let us be patient and wait.