11 Cute Anime Series to Watch with Loved One 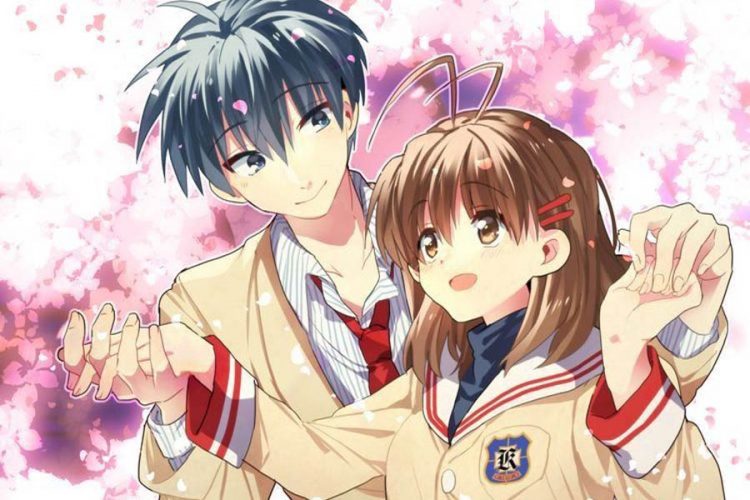 We already made a complete list of cute anime boys and hot anime girls. As kawaii is an important marketing tool in Japanese anime industry, here we have created a list of “Kawaii Anime Shows” or ‘Cute Anime Series’ that are filled with high school romances and anime characters love stories. Have you ever visited Japan? Well if you visit there you will know the real meaning of what Cuteness is all about. It is impossible that once you get off the plane and you do not get to see the cute things. And how can we forget a walk around Tokyo?

When you visit Tokyo you will get to know the importance of cuteness. Tokyo is actually filled with what Japanese would call cafes. All you need is to walk a few more miles to see the cat cafes, owl cafes, and also shops selling cute clothes. Let us see

Toradora is a romantic comedy that shows anime’s favorite Tsundere in Taiga Aisaka. Taiga is the character which is not so famous in her school because of her feisty nature. Also she carries a wooden Katana due to which people call her Palmtop tiger. However, on the other hand Ryuuji Takasu is known as delinquent due to his scary face.

Because of fate they fall in love with each other’s best friends. They tend to spend more time together where they plot how they can to entice their crushes. You will be attached with the character and also it’s funny enough to make you laugh endlessly.

The trend ‘cute girls cute things’ is popular and fits well for Hanayamata series. The show is about a Sekiya character who is average in everything. Average in terms of grades, athletic abilities, and also her talents. However, her dreams of reaching heights in her high school are still dreams.

Therefore, everything remains the same till she sees Hana who is a transferred girl and she seems to be like a fairy to her. However, when she notices that Hana is also an average girl, she is inspired by Yosakoi (a form of dance) and wants to start her own club. Hanayamata is packed with cute girls who are learning to dance.

This series has only one drawback and that is that it has too many episodes and the length of episodes. Tsurezure Children is a series of young lovers of high school who are so cute. All the characters have the equality of story and are causally connected to each other. However, it shows the insecurity of being rejected after proposing but in a cute manner. It also shows the real issues and difficulties among the couples. It is too in a cute manner.

The series also portrays a younger sister who is insecure for her brother in cute form. However, it has the best cuteness which can easily melt your heart. However sometimes it might be a little exaggerated but eventually you will get the gist of the cuteness in series.

The first episode of the series was aired in 2011. Whatever you can expect from a cute manga this series has all of this packed in. A movie is also based on the series ‘Dear My Sister’ which came in 2017. This movie came to Japan and was instantly famous all over the place. If you want some overload of the cuteness you must know that there is a game also on it.

The main characters that you will love are Cocoa Hoto, Chino Kafuu, and rize Tedeza. However, the main one is Tippy, a female rabbit who loves to sit on Chino’s head, she is super cute.

Clannad’s main character is Tomoya Okazaki. He is managing to come out of trauma of her mother’s and father’s death.  He feels that he has no meaning left and does not love in school activities.  Suddenly a third-year student nagisa enters in the series and he helps her in the school club.

A novel based on the same name Clannad sets a stage for a good meaningful relationship between the characters. It shows how people can change each other’s life if fate makes them meet together.

It is a part of the life classic I love; however, it is more than this. K-On series has made the MOE genre famous even though it did not start that. In this series Yui Hirasawa is the Klutz of the group. Therefore, in the series, Mio is an introvert, Ritsu is a clown and Tsumugi is the rick character. This Kawaii anime is very inspiring for all the cute girls doing cute things. However, these genre series are common these days. It has individual episodes with their own flow and themes to keep it interesting.

In the Tsumugi Sweetness and Lightning shows the cutest anime characters. However, Tsumugi is the prominent character of the show. The singer of the better shark song Tsumugi is daughter of Kouhei Inuzuka however his wife passes away. He lives in loneliness; he does not know cooking or anything. Therefore, due to his busy teaching job he is not able to feed his daughter properly and buys her the readymade food.

One day one of his students offers him to bring her daughter to eat in her restaurant. Kotori’s mother is away and the three of them decide to cook good food for Tsumugi. Sweetness and Lightning is a very good tale of family, food and friendship.

In this series Shinobu Omiya is a high school Japanese girl who had a homestay in England five years ago. The Shinobu gets a letter from Alice who says she will be coming to live with her in Japan. Therefore, obviously Alice shows up and joins Shinabo and her friends in the school. Overall Kinmoza is a cute series and it has a huge audience popularity.

We can see students saving each other with friendship and is a popular romance theme in many series. However, Kimi ni Todoke is exactly on the same theme. A female student whose name is Kuronoma Sawako, because of her name similar to Sadako people make fun of her. She feels really low till a famous boy of the school Kazehaya Shouta makes her his friend. Therefore, this sweet school romantic series will move you and melt your heart.

Quintessential Quintuplets is about an academically gifted boy whose mother is no more and he has no friends. His father has a lot of debt and issues. Futaro gets a job as a tutor who gets a good salary, however he knows that his sisters have no interest in it. Many of the girl students do not like him to be around, but he convinces them and gets good grades.

In the whole series Futaro makes a healthy relationship with his quintuplets. In the end he marries one of them however, her true identity you only see in the end of the series.

Nichijou is simply full of humor and kawaii characters. The series has three childhood friends who have the same high school with android cute girl Nano. It shows the everyday adventure with these characters their life can go from normal to suddenly changed in one go. Anything out of the blue can happen in it simply.

Therefore, like every Kawaii character this is also full of cuteness. However, the title of the series Nichijou My Ordinary Life is actually very extraordinary a very cute and Kawaii anime series.

What happened to KissAnime? Find Out Everything About It

Why does My Anime Keep Buffering?