DSLR vs Mirrorless Cameras: What are Differences and Similarities? 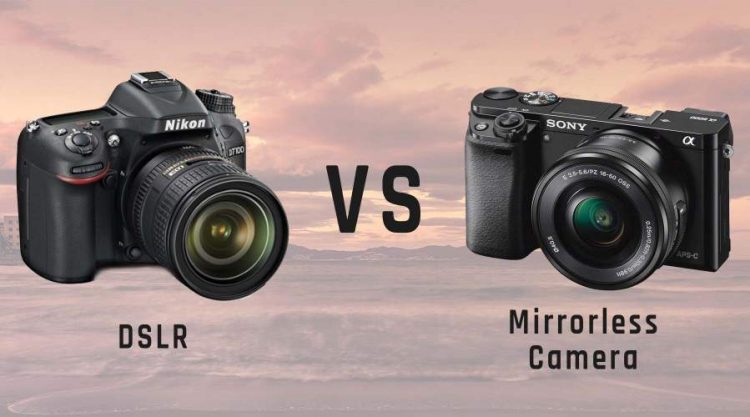 Are you a DSLR fan or the fan of Mirrorless cameras? These two are opposite ends of the pole. Each has its unique features that make them the best at what they do. Here you can find the differences and similarities of DSLR vs Mirrorless Cameras. As buying one of the devices is a big investment you have to know what your requirements are before buying one. So if you know the information about the cameras you will know what to expect. Many cameramen think less of the Mirrorless cameras.

But now they are at the same level as the DSLR cameras. They have developed well over the years and have many good features. Therefore, know about the differences and similarities of DSLR vs Mirrorless Cameras here.

The price of DSLR and Mirrorless camera

If you want to buy the camera, then you can choose to buy a year-old model because the companies will try to clear the stock and will sell it at low prices. These cameras will be good for your use. So do not lose the opportunity.

The design of DSLR and Mirrorless camera

The DSLR uses a similar design as the 35 mm film cameras. The image sensor will be in the place where the film would be. The mirror inside the body of the camera will reflect the light coming from the lens. Then when you press the shutter button the mirror will flip up. After that, the shutter will open and the light will start to hit the image sensor. This will capture the image.

In the Mirrorless camera, the light will pass through the lens. Then it will go right in the image sensor that will capture the preview of the image. After that, it will display it on the rear screen. So in this way, it will work just like a smartphone. Further, some models of the Mirrorless camera will provide a second screen via an electronic viewfinder. This will offer a better view if you are in bright sunlight.

The size of weight DSLR and Mirrorless camera

The DSLR cameras are larger as they fit a mirror and optical finder view mechanism. Also, the body of the Nikon D3500 is very much smaller than its previous models. But it is bulky. The kit lens of the camera is 18-55mm and the weight of the camera is 1.5 pounds.

Further, the Mirrorless camera body is quite smaller than the DSLR. It also has a simpler construction than the DSLR. For instance, the Sony a6100 works with a body of 1.6 inches’ thickness. Then its weight is 1.3 pounds and the kit lens is 16-50mm. This is compact so it can fit inside a purse or a coat pocket. But you have to know that the newer models of Mirrorless cameras are as larger as DSLR. In the end, the easier camera to carry is the Mirrorless type of cameras.

The autofocus speed of DSLR and Mirrorless camera

In the feature of autofocus speed DSLR is the winner. This is because it has a technology called phase detection. It will quickly measure the two beams of light that passes through it. But the Mirrorless cameras have a certain restriction here because they use contrast detection. They use the image sensor to detect the contrast.

Also, there is Nikon D3500 that comes with 11 large phase-detection in the separate AF sensor. Therefore, in the autofocus speed, the competition between DSLR vs Mirrorless camera is a draw.

The previewing images of DSLR and Mirrorless camera

If you are in the proper light the preview of the screen will appear close to the image. But in events where the camera is struggling with light, the preview will also suffer. This happens because the Mirrorless camera has to decrease the speed of capturing the image to get more light. In this case, the DSLR will reflect the light directly.

But one advantage of the EVFs on Mirrorless cameras is that they can offer you a preview of what the end picture will look like. If you modify the shutter speed or aperture, then the EVF will also change. On the other hand, for the DSLR you have to depend on your experience and the metering of the camera. Therefore, both the cameras will do well if they are in good light.

Image stabilization in DSLR and Mirrorless

If you have a shaky hand, then the pictures will come blurry. The effects will also be magnified when the shutter speed is high. Both the DSLR and Mirrorless cameras provide image-stabilization systems. Further, the sensors will measure the camera movement. But the cameras have the lens-shift method which helps them to counteract shake. In the feature of image stabilization, the Mirrorless cameras are the winner.

Also read: 8 Camera Apps That You Can Download To Get That Perfect Selfies