Looking for 12 Isekai Anime That are Actually Good 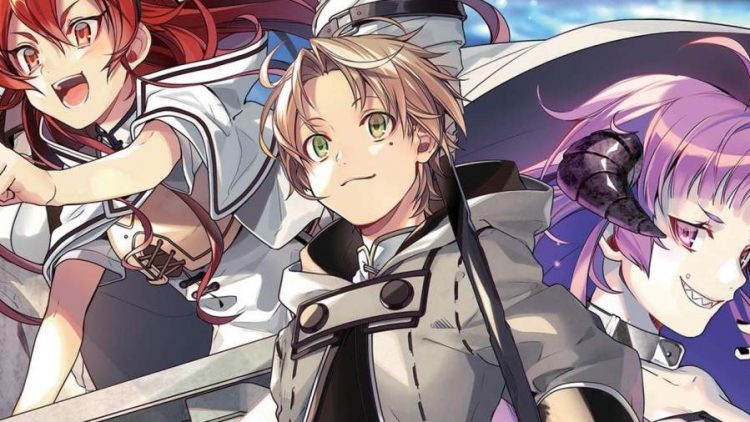 In the world of anime, the term Isekai isn’t foreign. Moreover, over the past decade or so, Isekai Anime trend has become huge among anime lovers. Also, who doesn’t love to escape from the harsh realities and start a new journey in a different world, right? Well, this is exactly what happens in an Isekai. The MC finds himself transported to a different world, surrounded by adventures and new possibilities, and of course, cute waifus.

Furthermore, Isekai animes are heavily influenced by fantasy and MMORPG games. So, without beating around the bush, let’s find out best Isekai Animes that are worth watching.

12 Isekai Anime You Must Not Miss, Let’s get started.

1. How Not to Summon a Demon Lord

First on the list is How Not to Summon A Demon Lord. The protagonist Takuma finds himself transported to his favorite game by two maidens. Moreover, he is shocked to find himself in the appearance of his in-game character Diablo.

Thereafter, with his vast knowledge of the game, he starts his adventure in the Isekai world. Moreover, this anime is loaded with fan service. But it’s also enjoyable for the action, comedy, and battle sequences.

2. In Another World with My Smartphone

Next on the list is another isekai anime, full of action and harem. One day, God accidentally kills the protagonist Touya Mochizuki.

Thereafter, as a sign of apology, he offers him a wish and a chance to relive in a fantasy world. As for his wish, Touya gets to keep his smartphone. Thus begins his journey into a mysterious world. Moreover, the smartphone allows him to dominate this new world.

3. That Time I Got Reincarnated as a Slime

This Isekai anime has become really popular. Moreover, it has a fresh and unique concept. From world-building to OP’s main character, The Slime excels in everything.

4. The Rising of the Shield Hero

Again, the lead character finds himself in another world. However, this time, the people from the fantasy world summons him in order to save their country from destruction.

Like other Isekai animes, Shield hero has many action sequences. Though the comic elements are less in comparison. However, the characterization is brilliant as the MC goes through some harsh lessons on whom to trust. Moreover, as a hero, who can only ‘defend’, can he find out what it means to be a ‘shield hero’?

While trying to save some teens, a shut-in NEET gets in front of an oncoming car and is killed. Thereafter, he finds himself reborn as ‘Rudeus Greyrat’, a small baby of a local knight. In this world of fantasy and magic, he vows to make his life worth it. However, he is still a NEET and Otaku on the inside.

It’s worth watching this, as the fans regard this series as the ‘father of Isekai’.

On his way back to his home, the protagonist Kazuma dies a pathetic death while trying to save a maiden. After his death, he finds Goddess Aqua, who gives him two choices: either go to heaven or reincarnate into a fantasy world.

Understandably, the shut-in NEET Kazuma chooses to live in a fantasy world. Furthermore, he also takes Goddess Aqua along with him. Therefore, he starts his adventure as a ‘hero’ with a ‘useless party’.

Also read: 15 Best Basketball Anime of all the time

7. Grimgar of Fantasy and Ash

Having no memories of their past life, a group of strangers strives to survive in a foreign land of fantasy. This Isekai anime is poetic in all sorts of ways. It has subtle characterization and brutality.

Moreover, members are to put themselves in danger and complete missions to earn their bread. Hence, the group strives to overcome the challenges to see another day. P.S: You will feel bad for the Goblins though.

Another Isekai anime having the influence of MMORPG. The MC Kaede Honjou gets an invitation from her friend to play a VRMMO game. Thereafter, in ‘New World Online’, she starts her adventure as ‘Maple’.

However, as the title suggests, she puts all her stat points into her defense to become the ultimate shield. In addition, through certain missions and means, she acquires some offensive tactics to become one of the most OP characters in the game.

Next up is an Isekai anime that most of the otakus should be familiar with. One night, while going out for some midnight snack, MC Subaru Natsuki finds himself transported to another world. Thereafter, he wanders around the strange world of fantasy.

Moreover, he also finds himself in trouble. While trying to save a mysterious woman from thugs, he dies.  However, to his disbelief, he acquires the power of revival.

Next up on the list is another anime with MMORPG influences. In Japan, the new NerveGear technology has become a revelation for the games. They can now experience games as virtual reality. Kazuto Kirigaya chooses the game ‘Sword Art Online.’

However, after the beta test, he logs into the game and finds himself as well as other players, trapped in the game. This anime is really popular for its fantasy and Isekai theme.

11. Cautious Hero: The Hero Is Overpowered but Overly Cautious

In most Isekai animes, the heroes are generally overpowered. But what differentiates this anime from other Isekai is: the hero is extremely cautious. Like, he overkills an enemy just to be sure. Moreover, his extreme cautiousness can be really funny at times. For example, for the simplest of missions, he prepares himself as if his life is in danger.

However, later on, the anime has some nice twists. It’s a sure treat to binge-watch.

The last Isekai anime for this list has to be Log Horizon. It’s one of the best Isekai animes out there that has captured the essence. Like SAO, Log Horizon starts off with thousands of players of a popular game, only to be trapped. They are unable to log out with the latest update. As for the story, it focuses on MC Shiroe, and his friends, as they try their hardest to survive.

So that’s all for now. These are some of the best animes that deal with the concept of Isekai, fantasy, action, adventure as well as fan service, at times.