Lauren Giddings: The Victim Whose Dissected Body was Found in Trash 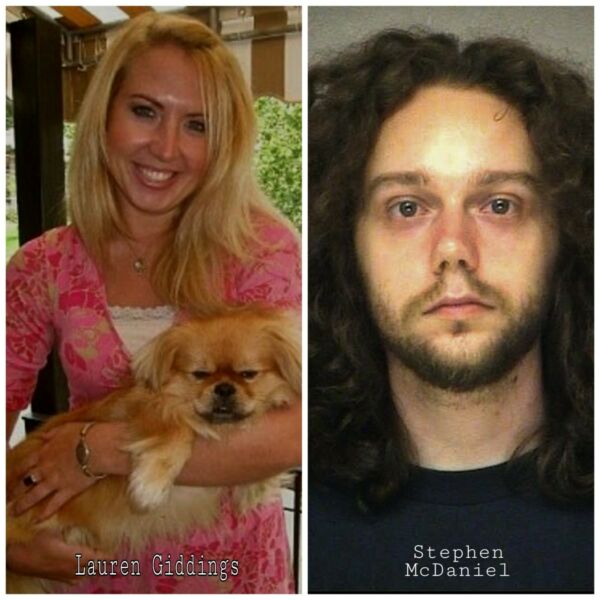 Lauren Giddings is a victim of a heartless murder in Georgia. Her story melts the hearts of the hearer due to this unjust incident. The shocking part of the story is that her neighbour and classmate is the murderer. Strangulation, cutting the body into parts and dismissing parts into the dustbin is the horrible things that Daniel did with Laurens’s Body.

Lauren Giddings did not have any clue when she arrives for summer in Georgia. After graduation from law school, she had great dreams to do more. Lauren was about to take the Georgia Bar exams that summer. However, Stephen McDaniel, her classmate plans a brutal murder. Now let us see what happened in Lauren Giddings’s life and why her classmate plans a horrific murder.

The horrible murder of Lauren Giddings, a law school graduate

Born on April 1984 Lauren Giddings is from Takoma Maryland. Lauren moves to Georgia to fulfil her dream of entering law school. Graduating the school in 2011 she achieves her dreams. Post graduation she was about to take the Bar exam in Georgia. In June, Lauren informs her family about being off the grid. She now focuses more on her exams than anything.

However, no calls or text from Lauren concerns sister Kaitlyn. Now Kaitlyn contacts all friends of Laurens to know her whereabouts. Soon sister now goes to the apartment to check in on Lauren. All they see is her car in parking but Lauren was not anywhere near. This concerns Kaitlyn more and she decides to call for help. Let us see what happens when the police arrive at the scene.

An investigation with lots of twists

The police arrive at the apartment to take over the missing person case. However, the spraying of luminal all over the place helped the police to find this case is getting worse. Now, police learn that they are dealing with a dangerous homicide case of Lauren Giddings. The officers tape the entire murder scene and begin to search the neighbourhood.

Soon, a foul smell from trash caught the attention of cops. A police investigator of this case reveals details about it in an interview. He says of smelling a strong, foul odour he is familiar with. When standing outdoors the wind suddenly starts to smell also a smell of decaying body.

Body decomposing is the foulest smell the investigator reports. Also, when searching inside the trash they witnessed a nightmare that day. The body of Lauren Gidding was seen wrapped in plastic inside the trash can. It is the most disturbing scene and news for all who witnessed it that day.

The murder of Lauren Giddings by a monster

This case reaches the next level when they did not find legs and hands of Lauren. The detective says that he has not seen any homicide like this. Even the officials say that only a monster can do something this horrible to Lauren. In the meantime, the police also discover other parts of Laurens’s body in trash cans in that area. What turns the attention of cops from this investigation is the interview of McDaniel.

He acts like a concerned friend of Lauren by giving an interview about her. He speaks about how worried he is about his missing friend. Daniel after hearing about the body of Lauren Giddings found his demeanor changes quickly. Now, this becomes a lead for the investigators to look into the case. They make McDaniel their suspect and search his place.

The evidence that points to the murderer

Now Stephen McDaniel pretends to cooperate with cops. When questioning Daniel investigators find that he has master keys to Laurens’s apartment and the complex. With further questions, cops could find out that Daniel was a pervert. He had flash drives that contain pornographic images of children.

They also find underwear that makes everything clear. When testing DNA they could find it was Laurens. Furthermore, in the laundry area, they found a hacksaw. This is the murder weapon which had the blood of Lauren. These are evidence that gives a breakthrough to this case.

The suspicions of Lauren before the murder that proves true

Lauren Gidding before her death had few suspicions. It is a strange feeling for her that someone has been in there in her apartment. She could feel the things being moved in her place. Also, the cops find the last of Laurens’s mail to her boyfriend about someone breaking into her apartment.

After her death cops could justify her suspicions. Daniel did break in to stalk her.

They found a memory card of Daniel that has videos and pictures of Laurens’s house. Investigators reveal Daniel somehow sets ups a camera in her home to stalk her. Daniel wanted to look at Lauren’s images that are pornographic. During the trial of the case, Daniel also confesses to stalking, killing and cutting Lauren’s body into pieces.

The chilling confession of Laurens Giddings murder by Stephen McDaniel

On June 26 2011, Daniel confesses everything about Lauren’s Murder. Daniel having the master key to Laurens’s apartment sneaks in one night. He starts to watch her while sleeping and he also starts to go closer. However, the creaking sound just woke Lauren at the right time.

When seeing Daniel inside her bedroom Lauren shouts to get out. Daniel now panics and jumps on top of her. He tries to silence her when she fights hard Daniel strangles her to death. Now he drags her body to the bathroom to hide her body. This story does not end here as he again comes to her house with a Hacksaw. He uses the Hacksaw to cut her body parts.

Also, keeps limbs and parts of the body in various trash cans. He does all these horrible things the next night. Daniel did this cold murder with a plan that no one will find the body or suspect him for it. If the cops did not appear that day, trash cans would have been collected and emptied into the huge dumpster. However, when Kaitlyn files a report cops immediately arrive at the scene.

All this helped to find the murderer of Lauren without him getting away. Now Stephen McDaniel is experiencing a lifetime prison sentence for his crime. Lauren Giddings could not practice her dream job that is as a lawyer but her family is grateful that her murderer will not walk free anymore.