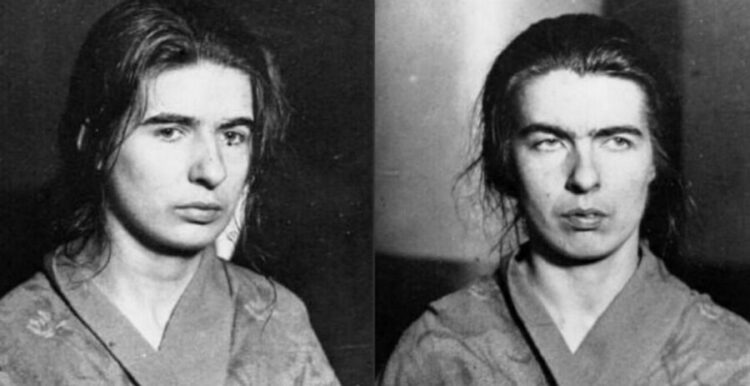 Papin sisters are workers of a wealthy French family in the 1930s. The shocking twist in their labor lives is that these sisters murder their masters. The reason behind this crime is due to the harsh treatment by the wealthy masters.  However, this crime shakes the French people. Their story continues to reach people today as the class issue is a real struggle. Papin sisters face ill-treatment by their masters. Christine and Lea Papin are serious criminals in France.

Further, they did horrible things to their victims. The brutality of their murder makes it one of the ugliest homicides in history. Let us see how the story of the Papin sisters turns from enslaved people to murderers.

Working in the household of a retired attorney was not easy for the Papin sisters. Domestic servants at those times had to suffer the worst from their masters. However, Lancelin is an elegant and attractive townhouse in Le Man’s city. This house even treated all its workers well. They provide good shelter, food, and wages to all the workers.

Papin sisters also get to stay in the heated room of the house. The sisters did maintain their professionalism when working for their masters. Everything was smooth until one tragic night. Before the murder, the Lancelin household held the name of an exceptional upper-class home with dedicated workers. Let us see how things turn ugly in this beautiful house.

The disturbing part of the Papin sisters

The childhood life of the Papin sisters is full of trauma and bad memories. Parents Clemence and Gustav had conflicts all their married life. Emilia was born to Mrs. and Mr. Papin in 1902. Gustav suspects his wife of having an affair, so he relocates the family. 1095 Papin has their second daughter Christine whom they did not welcome properly. Clemence had depression and Gustavo’s severe alcoholic problem. Their parents did not have the resources to care for their daughter.

Further, the parents also send Christine and Emilia to catholic orphanages. In 1911 Lea, the third child a daughter was born. Papin did not see any of their daughters as a blessing. Due to this, they send Lea to live with Uncle. The Papin house was not a great place for the girls to grow. The family was chaotic. Also, the Papin sisters had to face rape in their childhood. The disturbing past did have a terrible influence on their future.

The Ill-treatment in Lancelin Home

The Lancelin family gave everything to their workers except respect. They did not respect the work of the Papin sisters. Further, this sister worked at the home for many years but Rene never talked to them. Leonie, the wife of retired attorney Rene, was cold to her workers. Further, the only communication between the families to them is by notes.

These elite people’s prestige did not allow them to talk to their workers. Leonie always double-checked dusting and other cleaning work. She wears a white gloves test on all the furniture to ensure it was clean.

Let us see how a tragic murder scene happens at the Lancelin home. The pride of the wealthy Lancelin’s was unbearable for the Papin sisters. It was not long that Christine, who was unpredictable, and Lea, the introvert, was going to be aggressive to their masters.

The scenes that lead to the brutal murder

On February 2, 1933, Rene and his family went out. Leonie and Genevieve go shopping and Rene to his friend’s house. Papin like any other day was busy doing chores. On that evening, the Papin sisters went out to collect the repaired Iron box from the family. Coming home, they plugin to check if the iron is working or not.

Checking there is an electrical fuse in the house that leads to a power failure in the entire household. As the René family was out and had no plan to return, the Papin thought of taking care of electrical problems the following day. However, Leonie heard about the power failure and came home in the evening to scold the Papin sisters.

Also read: Dan Broderick: The Ugly Past That Kills Him and His New Wife

The direful murder filled with rage

Leonie enters the home aggressively and accuses the Papin sisters. Christine had more rage than her sister, who could not bear the scold and started to attack Leonie. When Christine smashes Leonie’s head Genevieve comes to her mother’s aid. She sees Genevieve helping her mother, so Christine gouges her eyes. In a confused state, Lea looked at her sister when Christine told her to take out Leonie’s eyes too.

Wicked Papin did not leave the poor master but thought to do more. The Christine goes to the kitchen to find a hammer and knife to harm. They are insane people who try to cut every part of Leonie and Genevieve. After hours of torturing their victims, Papin returns to the bedroom to wait for Rene’s return.

Rene did return to his house, finding it unusually silent. He sought the help of cops to break in. when the cops arrived. They saw the shocking scene of Leonie and Genevieve lying dead, but the body was severed and unrecognizable. They also went to see if the servants were alive when they caught the Papin. These sisters confess to the cops their crime.

The punishment after a horrific murderer

There are many rumors about Papin killing their master due to class distinction. However, this horrendous crime committed by Christine and Lea shows no justice on their side. After the arrest, health experts could find Psychosis and schizophrenia problems in the sisters.

In 1993 court ordered a death sentence for Christine. However, during her time in prison, she showed more mental issues, such as gouging her own eyes out and seeing insanity court-ordered Christine a lifetime prison sentence. It did not keep her stable, but she starved herself to death in prison. After the death of Christine in 1937, her sister Lea only had ten years in prison.

After her release, she went to stay with her mother. France will not forget the brutal act of the Papin sisters. The murder in the name of class violation does not make it right. Also, in Papin’s sister’s case, there is only rage, aggression, and past mental issues that make them commit a violent crime.