The Murder of Jolee Callan: 18-Year-Old Girl Killed By her Ex Boyfriend 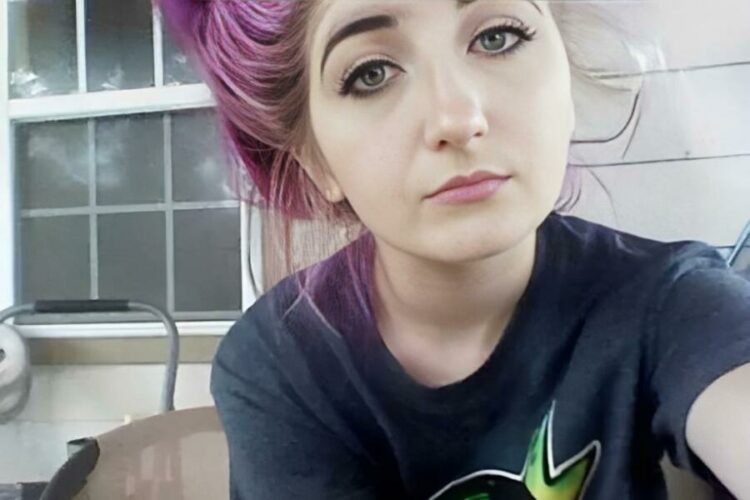 To start their friendship, Loren Bunner invited his ex-girlfriend Jolee Callan on a hiking trip. However, he later killed her. Shocking, right? Let’s see what happened that day!

Jolee Callan was enjoying her life for the first time. She was in a new relationship and had just started college. Jolee was 18 years old, attractive, and well-liked. She was finally leaving home to start living on her own as an adult and had her friends. Everything in her life was going well until Loren Bunner deceived her into coming on a trip, shot her twice – once between the eyes and once in the back of the head – and then pushed her down a cliff.

Who was Jolee Callan?

Jolee Callan, who was born on December 29th, 1996, spent her childhood experiencing life as a typical American adolescent. She enjoyed herself and was well-liked. Despite her little 4’10” frame, she managed to draw attention. She was known for having pink and purple hair that was punk.

Jolee was “sweet, sweet, precious,” according to her father.

However, her 20-year-old lover likely thought she was too nice and that no one else would be able to have her if he couldn’t. When they were a couple, Bunner was characterized as possessive and insecure by many who knew them.

Toxic Relationship of Jolee and Bunner

Bunner sought to dominate her and was cunning. He always did something dramatic to keep her from leaving when she tried to. She stayed behind to give their relationship a chance after he previously made a serious suicide threat, which made her quite nervous. He did, after all, make a promise that he’ll change for her.

Bunner remained the same person, though he had become more cunning.

After dating for a complete year, Jolee finally gave up on him. She would not tolerate his outbursts or threats. This time, she truly intended to break things off with him. Jolee remained the same despite his protests, tears, and threats. She had finished.

Bunner wasn’t the type to take the breakup lightly. Weeks passed before he was able to acknowledge their actuality. They were never going to get back together.

The Trap of Jolee Callan’s Murder

Jolee was asked to go hiking with him after he convinced her that they could only be friends. Jolee initially hesitated. Knowing that pleading would not succeed in changing her views, he tried another strategy.

Jolee Callan wanted to avoid disrespecting her lover because they were just starting a new relationship. She also had the impression that he would make use of the vacation to lure her back, but she eventually rejected this idea. She intended to clarify the situation with him one last time. Considering what could possibly go wrong, she consented to accompany him on the journey.

Chilling Documentation of The Last Moments of Jolee Callan

The Pinhoti Trail in Cheaha State Park in the open lands of Alabama was where Bunner, Jolee, and his dog Kiba went for their walk on August 30, 2015.

Jolee Callan’s photos were posted on his Instagram page just before he killed her. Only a few minutes before he shot Callan twice in the head with a.22 Bear Claw, he shared three photos of her on their final climb with her back to the camera on his social media accounts.

People don’t comprehend Bunner’s mental state at the time of the murder or what was going through his mind. Was he a cold-blooded killer or, as he claimed, mentally unstable?

The images he shared of her are simply too terrifying, especially considering how vibrant she was one moment and then suddenly dead the next.

Jolee Callan was seated in the car with Bunner’s dog in the first photo, while the rest showed her out for a stroll.

Bunner was a cold-blooded killer who was possessive and obsessed.

Bunner contacted the police and handed himself in right after killing Jolee Callan. Even the police officers were shocked by his actions.

Bunner told the police that he killed her as part of a murder-suicide pact they had formed when they were still a couple because he was unable to carry out the murder-suicide.

The cops were shocked since it wasn’t every day that a murderer came forward and confessed. He may have had a strategy all along, or perhaps his attorney was just clever. However, whatever it was, it almost set him free.

Asperger’s disorder was cited by Bunner’s attorneys as evidence that he was autistic during the trial. Any defendant in Alabama who is under the age of 21 may be given the status of a youthful offender.

The perpetrator doesn’t serve more than three years in prison under this status, regardless of how heinous the offense was.

Bunner received this status, which is unfortunate.

All people who cared about and remembered the Alabama girl who was brutally murdered didn’t think this was acceptable. Justice was due for Jolee Callan. Bunner’s sentence of only three years in prison was insufficient as well.

The murderer of Jolee’s daughter will not be allowed to escape justice, according to Jolee’s relatives. They persuaded a member of the neighborhood press to file a petition for Bunner. The case was brought back before the court after Bunner’s status was removed a few months later.

Two years after Jolee Callan’s tragic and untimely death, Bunner entered a guilty plea in July 2017 for her murder.

He bragged to his other inmates about killing the 18-year-old, the court was told, stating that if he couldn’t have her, no one else could.

Justice Served: On A Wrap

As an adult, Bunner received a 52-year prison term and was ordered to pay the Alabama Crime Victims Commission more than $11,356 in compensation.

Jolee’s father, Michael Callan, believed that justice had been done for his daughter even though Bunner will be eligible for parole in 15 years.

Also read: What Happened to Sylvia Likens? Know About Her Murder!