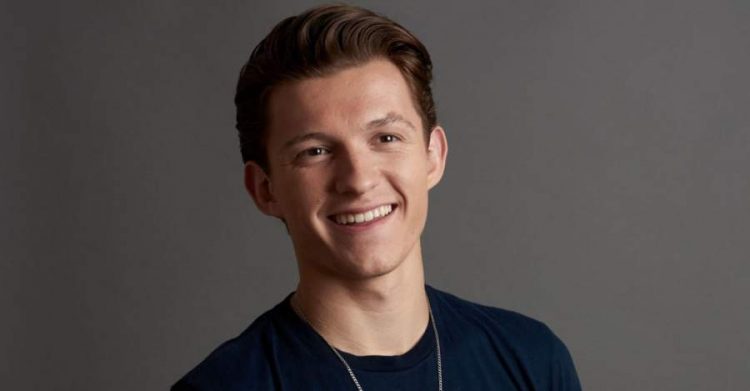 Thomas Stanley Holland is a popular English actor. He is best known for his role as Spiderman. Holland also was part of Avengers films where he came as Spiderman and joined other Avengers. He is an extremely talented young man and received the Bafta award in the category of the Rising star. He is twenty-four years old now. Tom Holland is acting from 2006 and has lots of fan following because of his acting and character. Know all the details about Tom Holland Biography here.

Holland’s place of birth is 1 June 1996 and his place of birth is Kingston upon Thames, London. The names of his parents are Nicola “Nikki” Elizabeth and Dominic Holland. His mother is a photographer and his father is an author and comedian. He has three brothers and he is the eldest child in his family. He went to Donhead School located at Wimbledon, London for his education and then later attended Wimbledon College. After that, he went to The BRIT School for Performing Arts and Technology situated at Croydon.

Holland started to train at dancing at a class located at Wimbledon. His talents got observed by the choreographer Lynne Page when he performed for Richmond Dance Festival. In 2006, after eight auditions and a lot of training, he got the chance to make his west end debut in Billy Elliot the Musical. He played the part of Billy Elliot’s best friend Micheal. For his performances, Holland received a good response from the viewers. In 2008 Holland came on a news program on the FIVE. This was his first TV interview. Then the next year he appeared on The Feel Good Factor which is a show on ITV1.

In 2011 Holland received the chance to act in Arrietty for which he voiced character Sho. Then he made his film debut in the film The Impossible that released in 2012. He got a lot of praise for his performance. It was a critical and commercial success. He also acted along with Tom Hardy in the drama Locke.

– His success for the role of Spiderman

In 2015 he was cast as the new Spiderman for the Marvel’s Captain America: Civil War. He received a critical appreciation for the portrayal. Then in 2016, he acted in the film Edge of Winter and Lost City of Z. He also featured as an on-set actor for the monster in the film A Monster Calls. Then in 2017, he acted in Pilgrimage. In the same year, the film Spider-Man: Homecoming got released. The film was successful at the box office.

Then the sequel for the film released with the title Spider-Man: Far From Home in 2018. Along with Will Smith he voiced a role in the animated film Spies in Disguise. He lastly voiced a character in the film called Onward. He has signed for many films because of his acting talents so we can see more films of his release in the future.

Tom Holland is very tight-lipped about his personal life. He shared in an interview that he is not dating anyone at the moment. Many sources say that he was in a relationship with his childhood sweetheart named Elle Lotherington. However, in the long run, their relationship dwindled into nothing. Then there were rumours of Holland dating actress Ella Purnell.

At a party, Tom danced with her, so people thought that he liked her. After this, he became close with his co-star on Spiderman actress Zendaya. But they disclaimed the rumours as Zendaya shared in an interview that Tom is just her friend.

As Tom Holland was a part of high grossing Marvel films he is rich and he is not yet twenty-five. The net worth estimate of the actor is $15 million. We can assume his paychecks to be massive. His role as Spiderman has earned him a lot of name and fame. Getting the main role in Marvel film is a big deal indeed and a dream of many actors.

Tom Holland is a kind and sprightly young actor. He is a great dancer as well. Many of his fans are expecting a lot of amazing films from him as he is a great actor.