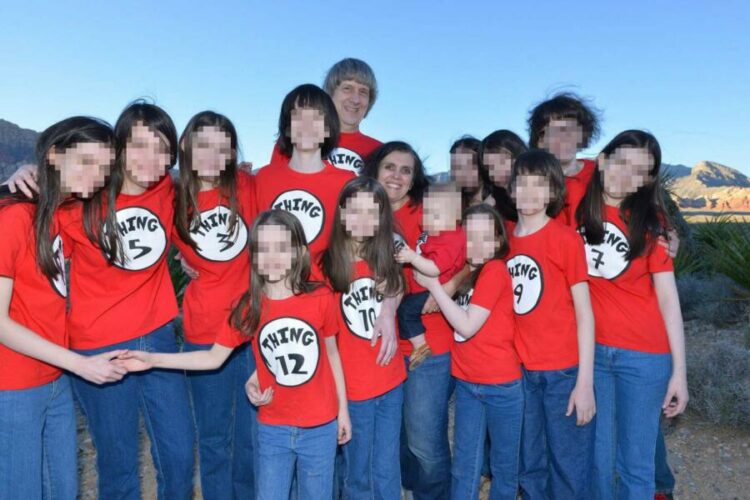 The world and human civilization are based on families. Civilizations run because of it. Our communities thrive due to families. It is a kind of community bond to reckon with. But there are few families that are newsworthy for the wrong reasons. Here we shall explore the different aspects of one such family which is the Turpin family. There are certain fundamental facets of each family. One needs to understand that the defining aspects of families are common everywhere. That sets it apart from other social institutions.

People find safety in their families. They find comfort here. These are the established parameters expected from a family. But what if these are not true for one particular family? The Turpin family is one such family. Let us then find out more about them.

What makes the Turpin Family a house of horrors?

The Turpin family has been labeled a house of horrors. There are diligent reasons behind this. The parents David and Louise Turpin abused their biological children consistently. There were a total of 13 children. They were abused constantly for many years. Yes, you heard it right. These parents abused their own biological children. It is terrifying.

Finally, one child managed to escape. She went on to alert the police. The very fact that biological children were abused by none other than their own parents is shocking. That is what makes this a house of horrors.

Controlled environment in the Turpin family

There was strict control all over their household. Thus the parents manipulated everything. The children had no liberty whatsoever in the Turpin family. Jordan Turpin was about 17 when she managed to escape. She then called 911 for help. What is interesting is that the abuse was not of one single kind. Every type of abuse was found. There was psychological abuse. There was emotional abuse. Physical abuse was also there. The list can go on.

The amount of abuse that the children had to bear was endless. All of this was done at their California home. No one could get a whim about what was happening in the lives of these hapless children. Hence such abuse went on for a long time.

There was no respite visible for the children for a long time. As a result, had not Jordan escaped, maybe the children would have suffered a lot.

David Turpin was academically sound. Hence he was an engineer by vocation. But he later filed for bankruptcy. Louise Turpin was a homemaker. She herself had an abusive childhood. Often she was abused by her maternal uncle in exchange for money.

Later she indulged in witchcraft as well. David became an alcoholic. All these led to their sordid behavior.

What do others say?

The neighbours had nothing good to say about them. Often dead animals were found near their house. The kids were deprived of food and education and hygiene. Hence basic childhood was consistently denied to them.

They were finally arrested. About fourteen felony charges were against them. Later Louise expressed remorse. No doubt this is one of the most gruesome families in the world.

Also read: Unmask Some of The Shocking Details of The Infamous Lululemon Murder Case