Who is Jesse Williams’ Girlfriend? Is she One of The Grey’s Anatomy Star 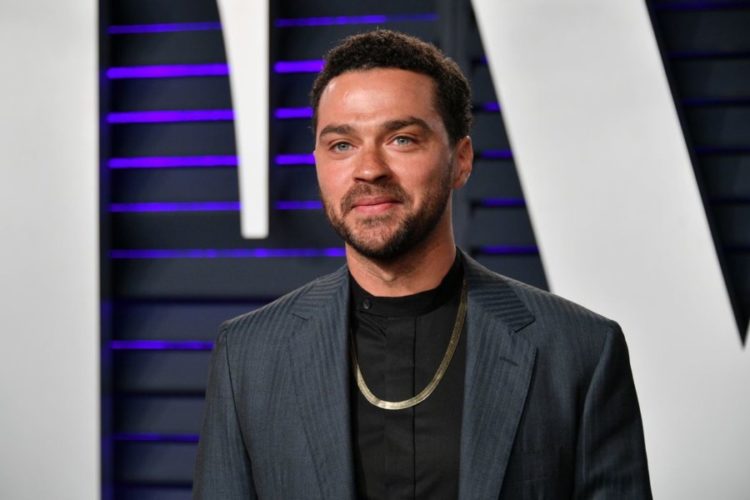 Actor Jesse Williams of Grey’s Anatomy fame is one of the famous personalities in the TV industry. He played as Dr Jack Avery in the twelve seasons of the popular series. But after these seasons he said goodbye to his role and also appeared in other TV series and movies. Now Williams is 41 years old. As he is a handsome dude he has many female followers. Many are also eager to know about his dating life. The actor has been in a relationship with many beautiful women. But he is now with gorgeous Taylour Paige and she appeared in a minor role in Grey’s Anatomy as well. Here you can find all the interesting details about Jesse Williams’ girlfriend.

Why is Jesse Williams popular?

Jesse Wesley Williams is a great actor. He is well known for his appearance in Grey’s Anatomy. Also, he is a producer, director and activist. Some of the famous films he appeared in are The Cabin in the Woods in 2012, The Butler in 2013 and The Bandaid in 2017 and more. In 2018 he lent his voice for Detroit: Become Human.

The actor is from Chicago, Illinois and he is of mixed-race descent. His father was an African-American and his mother was Swedish. Williams graduated from Temple University where he got a double major in African American Studies. Also, he worked as a teacher in high school.

In 2005 Williams started to study acting and took part in the New York Actors Showcase. He was one of the 14 actors chosen from 600 individuals. Then from 2006, he appeared in many TV series and films. But he got recognition as a good actor only after acting in the medical drama Grey’s Anatomy.

In 2012 Williams was married to Aryn Drake-Lee. She was a successful real estate business woman and she also has a podcast. They have two kids named Sadie and Maceo. But their relationship ended in 2017.

There were rumours that the cause of the divorce was Jesse Williams’s affair with Mina Kelly. Also, the divorce custody battle was lengthy. At last, it was finalised in 2020 and both Williams and Drake-Lee came to accept the terms. Williams was ordered by the court to pay $40,000 a month in child support. They both seem to be co-parenting their children now. Later he also dated Taylor Rooks. But it was only brief. Therefore we can say that the former relationships of the Grey’s Anatomy star were complicated.

You may also like: Lauren Conrad: 5 Things to Know About Her fiancé, William Tell!

In an interview with GQ Taylour Paige and Jesse Williams revealed how they met in 2018. According to the interview they met during the Emmys Party. They shared that they are two different people coming from two different worlds. Paige is very feminine, is spiritual and believes in astrology. But Williams on the other hand is masculine, practical, and believes everything based on facts. The couple knew they were different but they tried to get together. Further, Taylour Paige is also known to have appeared in Grey’s Anatomy where Jesse played an important role.

On the Instagram pages the couple post pictures of each other. Their relationship is really adorable and is going strong.

Taylour Paige is the girlfriend of Jesse Williams. She is from Santa Monica, California, United States. According to the sources she studied at Loyola Marymount University and in St Bernard High School. Also, she served as a cheerleader for the Los Angeles Lakers in 2010. But she wanted to pursue an acting career so she left her cheerleading career.

Taylour Paige has a lot of excellent TV series and movie appearances in her resume. But one of the best TV series she acted in is Grey’s Anatomy in 2016. She appeared in the episode “Falling Slowly” as the character Emma. Some of her other movies and TV series appearances are in High School Musical 3: Senior Year, Hit the Floor, White Boy Rick, Ma Rainey’s Black Bottom and more.

As Paige is a gorgeous woman she also appeared in many commercials. Some of the brand ads she modelled for are Transamerica, Best Buy, and McDonald and more. At the start of her career, she was in VH1s television show, “Hit the Floor”.

Net Worth of Jesse Williams and his girlfriend

Jesse Williams is a great actor. He also directed several episodes of the series he acted in. Also, he is serving as a producer for some shows. That is why he has a networth of $12 million. The actor is serving as the board of directors of the Advancement Project. Therefore, through this group, he is doing a lot of humanitarian work.

As a model and actress, the networth of Taylour Paige is 1.5 million. She is very popular on her Instagram page and likes to keep her audience entertained.

Jesse Williams and his girlfriend Taylour Paige are some of the popular couples in the industry. Many people like to see their pictures on social media. They also appear in red carpet events as a couple.

You may also like: Who is Ty Pennington’s Partner? Biography and Love Life

Read this as well: 15 Incredible Grey’s Anatomy Quotes That Relate To Our Real Life