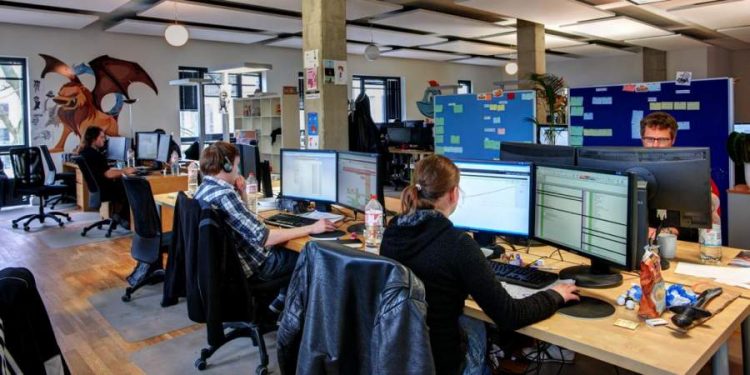 The video game industry is becoming more and more famous each day. This is because of the advanced technology used by the game development companies. Some companies use all their skills to make the gameplay interesting. They take inspiration from the world around them and create a unique world of their own in the games. This makes the video game impressive for gamers. Do you love to play video games? Then here is the information about the best video game developers you will like to know.

This is one of the best video game developing companies of all time. It is an American company and their headquarters located in Redwood City, California. It is the second-largest gaming company in Europe. The founder of the company is the Apple Employee named Trip Hawkins in 1982. They have created famous games like Medal of Honor, Command & Conquer, Battlefield, Need for Speed, FIFA, Madden NFL and more. They also have their game studious in many parts of the world.

SIE is the multinational video game company and the owner of the company is the Japanese conglomerate Sony Corporation. After launching the original PlayStation console in 1994 Sony started to develop video game accessories. This helped the gamers to experience next-level gaming. Some of the recent famous games from Sony Entertainment are Guns Up!, Horizon Zero Dawn, Predator: Hunting Grounds, Helldivers and more.

This is also a famous video game company from Japan. It has its headquarters in Kyoto. It has produced some of the popular consoles in the video game industry such as Nintendo DS, Wii and the Nintendo Switch. Some of its Nintendo Switch famous game franchises are Donkey Kong, Mario, The Legend of Zelda, and Animal Crossing.

Moreover, The Company has received Emmy Awards for his technology and engineering.  It is one of the wealthiest companies in the market of Japan and also a valuable one.

It is an American company headquartered in Santa Monica, California. It started in 2008 and operates additional studios like Infinity Ward, High Moon Studios, Toys for Bob and Treyarch. Some of its video game properties are Crash Bandicoot, Spyro/Skylanders, World of Warcraft, Hearthstone, Heroes of the Storm, Candy Crush Saga and more. The company has broken many records because of its achievements.

This is a French video game company which has its headquarters in Montreuil. Some of its amazing game franchise includes Raving Rabbids, Prince of Persia, Far Cry, Just Dance, Assassin’s Creed and more. It is the fifth-largest game company in Europe. It started as a small company but now it is one of the best video game developing companies in the world.

It is an American video game manufacturing company located in Cary, North Carolina. The founder of the company is Tim Sweeney. Its first commercial video game was ZZT. It is also the developer of Unreal Engine which is a game engine. The company developed games like Unreal, Gears of War, Infinity Blade series and Fortnite.

It is a well-known French video game developing company headquartered in Paris.  The founder of the company is the co-founder of Ubisoft called Michel Guillemot. It manages nineteen development studios worldwide. It creates games that get a special focus on the market. It started as a small company on 14 December 1999 and now is one of the best-developing companies in the market. It is now under the company Vivendi.

Square Enix Holdings is a well-known video game company who created amazing games such as Final Fantasy, Kingdom Hearts, and Dragon Quest. The company has over 4600 workers working for it worldwide. They have their base operations and subsidiaries in many countries. They also hold the arcade corporation called Taito who made games such as Bubble Bobble, Darius and Invaders. Moreover, they also own Eidos Interactive.

This is a Swedish video game developer that has its headquarters in Stockholm. The founder of the company is the independent designer Markus Persson in 2009. They are well known for Minecraft which is a survival and sandbox game. It is the bestselling video game in the world. Some of their game creations are Minecraft Earth and Minecraft Dungeons, Caller’s Bane, Crown and Council.

Rockstar Games, Inc. is a popular American video game developer. They have their office in New York City. The founders of the company are Sam and Dan Houser. The company created action-adventure based video games. Their racing games are also one of a kind. Moreover, their recent game Grand Theft Auto V has sold lots of copies. Some of the other game franchises are Midnight Club, Max Payne and ManHunt.

These are the best game development companies in the world. Our favourite games come under their labels.