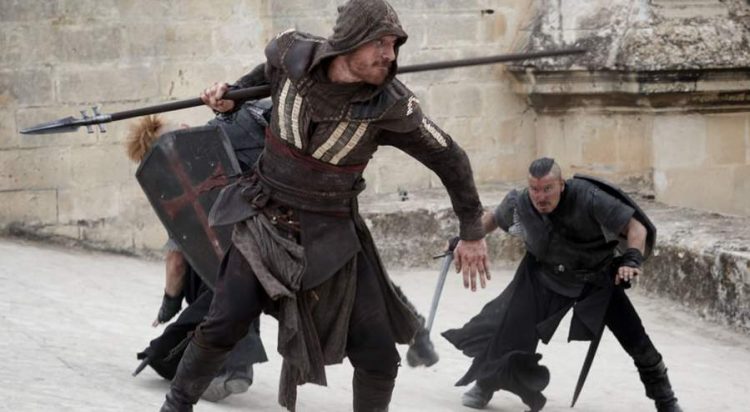 Many popular video games have inspired the plot of the movies and also the characters. The video game lovers like to watch the movies based on their favourite video games because they want to know how it looks on the big screen. Here we have listed the video game movies. They have made it big in the box office grossing/ earning a lot of money for the producers and actors.

So have a look at the list and enjoy.

The story follows a serious tone like in video games. The world gets filled with zombies and the characters have to survive the horror and stay away from the plans of an evil corporation.

2. Prince of Persia: The Sands of Time

This 2010 film is also based on a video game. It did not become a hit however gained a lot of money in the box office. The story showed the adventures of Persian Prince Dastan who has to save the magical dagger from his evil uncle. He also gets a love interest and it is the princess of Alamut a spiritual city in Persia. There are time travelling elements in the film that are very exciting to watch. It is the favourite film of many people because of its action scenes.

Who would have thought that the beloved angry birds’ games will get made into the movie?  The first film received a lot of attention and its sequel was even better. Many came to love the improvisation of the characters and also the fun elements in it. The film made $352 million worldwide. The story showed how the flightless birds of the bird island fight with the pigs to get back the eggs.

Who would not love to see Rock doing his action roles? The 2018 film Rampage based on a video game had all the action and adventure we crave. The story is about a primatologist who sees his beloved albino gorilla becoming big day by day because of a genetic experiment. Many monstrous creatures also begin to appear from nowhere so he uses his gorilla to get rid of the other creatures. This film earned $428 million worldwide.

The Warcraft game series also got made into a movie. This film showed the rift between orcs and humans. This 2016 film grossed $439 million worldwide. The game lovers could see that the best aspects of the video game represented in good details. Now there are also talks of doing another film of Warcraft but we do not know if it will happen for sure.

The 2019 film earned $433 Million worldwide. Some of the plots of the video game got adapted into the film too. We get introduced to the futuristic city where both humans and Pokemon live in peace. Then we get to see Detective Pikachu as a talking detective who is suffering from amnesia. His mission is to find the missing person named Tim Goodman.

This 2020 film also made good money at the box office earning $306 Million worldwide. Many thought that the film will be disappointment at the start however it made it big with good storyline and characters.

Who remembers seeing the Mortal Kombat film? Many video game lovers had high expectations for it however it was not up to the mark. But it stuck with the main story of the video game. This 1995 movie still has many fans. So this film is also in our list.

The video game series of Assassin’s Creed is one of the best in the world. That is why the movie also received a lot of attention. It paid good homage to the original video game series and helped us remember all the best parts of the by-gone eras. This movie also did favourably good at the box office.

The 2018 Tomb Raider starring Alicia Vikander showed as the beginning years of the character Lara. It was a reboot of former Tom Raider films acted by Angelina Jolie. The 2018 reboot depicted Lara’s relationship with her father and her growing interest in historical artefacts. This film grossed relatively well in the box office.

These are the ten video game-based films that did well at the box office. These films offered a good experience for the video game fanatics.