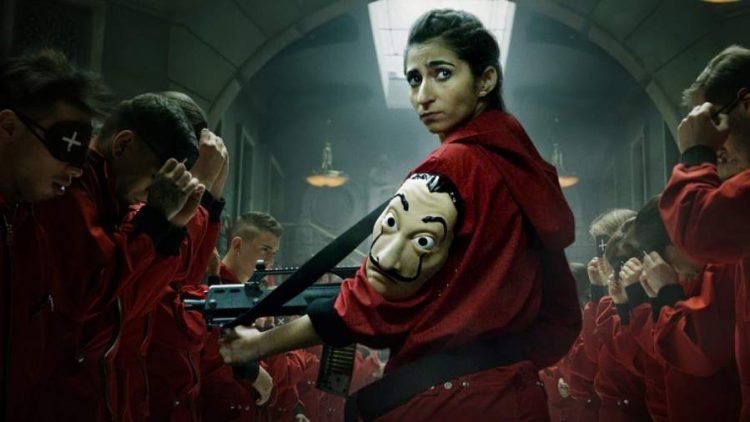 Money Heist has become a trademark for the heist content. The complex details in the series are impressive as well as thrilling. We may think that there are not many brilliant TV series like Money Heist. However, there are a few contents that will give you the same emotions as Money Heist. Here you can find ten TV series similar to Money Heist. You can encounter planned heists, expert thieves, powerful characters and many more in it.

Know all the details of the TV series here.

It is a British and Spanish mystery series about a woman who tries to find her lost brother. Only one season of the series is available now. You can find it on Netflix. The creator of this thrilling series is Álex Pina.

If you like neo-western crime thriller then this series by Vince Gilligan is for you. It won many awards for the story and character portrayal. It is also available on Netflix. You can binge-watch all the five seasons of this excellent series and enjoy.

This is a Netflix original film that narrates the stories of corruption, creative accounting and fraud. There are two seasons in the series and each episode deals with one aspect of the crime. Watch the series now. Alex Gibney served as the executive producer of the film.

4. The Lord of the Skies

It is a series about the major drug cartels in the world headed by powerful drug lords. You will get to see how the business gets organised and what happens to the lords. You will surely get impressed with the real-life drug lords who received millions in their business.

Narcos is a popular crime drama about the life of drug kingpin Pablo Escobar. He became a rich man because of his drug business and lived like a king. We will see the beginning of the drug lord’s business and how he managed it all. This is one of the high-rated series on Netflix.

It is a British political thriller starring handsome actor Richard Madden. The series is about the life of Police Sergeant David Budd a fictional character who finds that he has to take sides to solve issues. The series received many notable awards for the story as well as character portrayal.

It is a series about two brothers who try to escape from prison using various tactics. The creator of the series is Paul Scheuring. There are many thrilling moments in the series that will make your heart thump. Add this Wentworth Miller series to your watch list.

The series is an interesting story of how a couple get involved in a money-laundering scheme. They find various means of escape however get entangled in more problems. The main leads received awards for their acting talents and the story of the ‘Ozark‘ series received good reviews.

It is a Spanish series on Netflix. It is about teenagers who get the chance to study in a rich school. The relationships formed between the students lead to many thrilling situations. If you like teenager drama and thriller this series is the one for you.

It is a Spanish series in Fox Spain about a woman who commits crimes because of her love for her boss. She gets caught and faces prison time. The story is about how woman survive in prison and the many problems experienced by them in it.

These are the ten best TV series can see if you like Money Heist. Enjoy watching the stories that contain crime, mystery, thriller, and many more you desire.