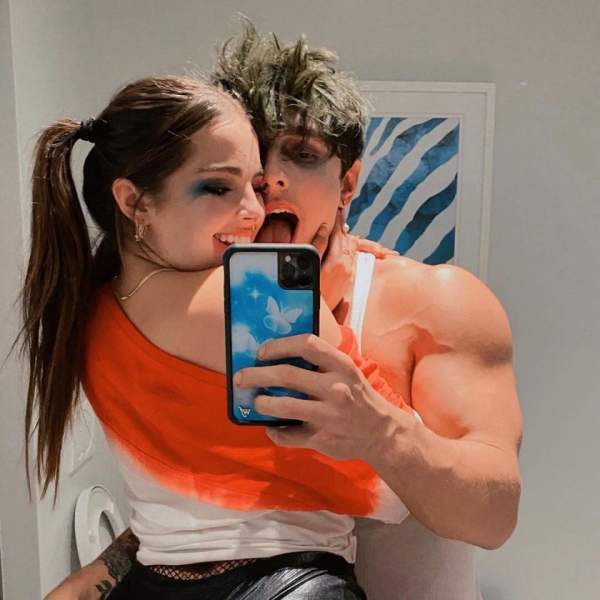 The YouTube sensations Addison Rae and Bryce Hall were kissing during the Halloween celebrations and that moment got caught on camera. They dressed up to a Halloween party in a couple costumes like Joker and Harley Quinn. They also posted a video of them wearing the costumes that became popular. After celebrating the party, the couple went to Saddle Ranch for dinner with friends. Then in a back alley, the two got captured kissing. Many people began to think that the couple are in relationship however Addison has different views.

She shared a post in her social media saying that you cannot make decisions for other people’s life by looking at pictures or videos on the internet. It does not reveal all the details. The fans want to ask many questions however Addison and Hall are not willing to say anything. They prefer to keep everything under the wraps for now so we cannot make any assumptions. We have to respect their decision.

Addison Rae Easterling is a popular social media personality and dancer. She has more than 61 million followers in the TikTok platform. Moreover, she is also the highest-earning TikTok member. She has her line of the cosmetic brand. Her age is twenty and her birthplace is Lafayette, Louisiana.

The Forbes report shared that she took home 5$ million last year for her part in social media, endorsements and merchandise. Rae is set to star in He’s All That which is a remake of She’s All That 1998 teen comedy. She is going to play the role inspired by Freddie Prinze Jr.’s role Zachary in the original film.

She started to date Bryce Hall from October 2020 however there is no official confirmation of it.

Bryce Hall is a well-known social media personality famous for his contents in TikTok and Youtube. He has 14 million viewers in the TikTok platform and in Youtube he has more than 2.91 million followers. His age is twenty-one and his place of birth is Ellicott City, Maryland. He is one of the members of the Sway house that contains some of the famous members of TikTok.

Hall’s name became a part of many controversies because of his content. His “straight TikTok” got criticised because of the topic mocking the LGBT community. He and fellow TikTok star Rae are together often but we do not know if there are in a serious relationship are not.

Rae and Hall are not ready to talk about the kissing event during Halloween. We have to wait to know more details about it.