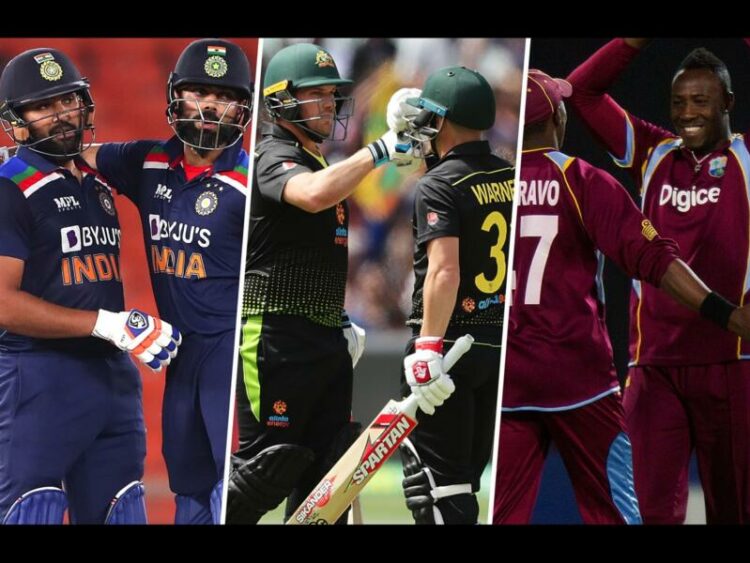 The 2022 T20 World Cup in Australia has been an exciting tournament so far, as the leading white ball cricketers have produced some exhilarating matches in the shortest format of the game.

Here is a look at four big players who have stood up for their country.

Former Cricketer of the Decade, Virat Kohli, has produced several match-winning performances for his country in all three formats of his game. However, none may end up being sweeter than the unbeaten 82 against Pakistan in India’s opening Super 12 game of the tournament.

Pakistan looked to be cruising to victory before Kohli produced his very best at the crease inside the final five overs of his team’s innings. He was helped by the contribution of Hardik Pandya, but it was the former number-one batsman in the world with the sport’s governing body who was there at the end to give India a four-wicket success.

That victory was an important one for India as it got them off to a great start in what is a competitive group. As of the 1st of November, the 2007 winners are the +225 favorites in the T20 World Cup betting odds to lift the trophy for the second time in the history of the event. Since MS Dhoni retired from cricket with India, Kohli has picked up the mantle as the player who often steers India to victory. He will be looking to continue that in the latter stages of the tournament in Australia.

New Zealand opener Devon Conway is considered one of the most destructive batters in T20 cricket, which is why he is so popular in the leading franchise cricket leagues in the world. He showcased his skills in the opening game of the Super 12s. The Kiwis player hit 92 not out from 58 balls to guide his side to a score of 200/3.

The innings from Conway took the game away from Australia as the hosts found it difficult to chase down their target. They were eventually bowled out for 111 in 17.1 overs thanks to some excellent bowling from Tim Southee, who took three wickets.

Conway missed out on the T20 World Cup final in 2021 after breaking his hand in New Zealand’s semi-final victory over England. He will be hoping to lead his side to the final this year and then help them go one place better than their runner-up spot last year.

South African batsman Rilee Rossouw was the first player to score a century at this year’s T20 World Cup. He hit 109 in just 56 balls in the Proteas’ victory over Bangladesh. The left-handed batsman was in great form in Sydney where he showcased his powerful batting.

A large part of South Africa’s 205 total came from the partnership of Rossouw and Quinton de Kock. The pair put on 168 for the second wicket of the innings, breaking the record held by Mahela Jayawardene and Kumar Sangakkara (166 runs) for the highest partnership in the tournament’s history.

The bowlers backed up the batting performance led by Rilee Rossouw's second T20I century as we grab our first win of the #T20WorldCup#SAvBAN #BePartOfIt pic.twitter.com/REqLSShBnn

Rossouw scored his maiden T20I ton in a warm-up match for the T20 World Cup against India. The 33-year-old averages over 40 in T20I cricket and he is proving to be a huge asset for South Africa in white ball cricket.

Sri Lanka began the T20 World Cup in the first round. They finished top of Group A, winning two of their three matches at that stage. In their final group game against the Netherlands, the Asia Cup winners had to prevail to guarantee a place in the Super 12s. They did so largely thanks to a big knock from Kusal Mendis. He got them off to a fast start, scoring 79 from 44 deliveries.

Mendis has continued his form into the Super 12s which has helped Sri Lanka. He hit an unbeaten 68 in a victory over Ireland in their opening game of that stage. They lost just one wicket in that win.

The opening batsman has now scored over 1000 T20I runs. He has also recorded 10 half-centuries in international T20 cricket for Sri Lanka. If he continues on the trajectory he is going, he could end his career as one of the most successful players in history from his country in this format of the game.

Mendis will be doing all he can to help Sri Lanka progress into the last four of this competition. His country was successful in this tournament in 2014, and they have shown already in 2022 that they can pick up big results against the leading teams in the ICC rankings.

Also read: A Look at England’s Attacking Options at The 2022 World Cup