New Mexico Elects All Women of Color to The House 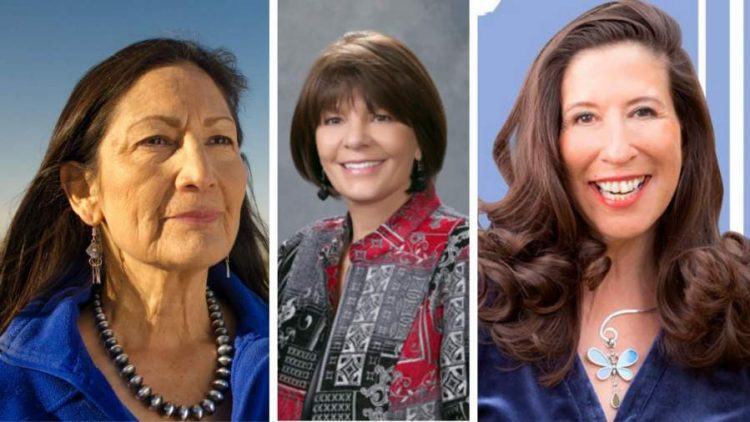 New Mexico has become the first state in the world to elect all women of colour. Three of the women have won the election in their districts this Wednesday. Deb Haaland is one of the members of the Pueblo tribe and she is a Democratic incumbent Representative. She won against challenger Garcia Holmes in the relection of the house seat. On 2018 she made history as being the first Native American Women to get elected to Congress. After her win this year she shared her feelings on Twitter. She told that she is very honoured that the people of her state have chosen her to serve in 117th Congress. She is fifty-nine years old and hails from Winslow, Arizona. She is a single mother to her daughter.

Proud of the confidence New Mexicans have in me to work for our families and bring their voices to Congress.
Can’t wait to continue delivering for New Mexico next Congress! pic.twitter.com/Dkc2zwDj2j

Then Democrat Teresa Leger Fernandez won over Republican Alexis Johnson. She is going to take the place of Democratic Representative Ben Ray Luján. She tweeted that with this success she will take courageous action when a situation demands.

She also thanked her family members and the community for the win. She is sixty years old and her birthplace is Las Vegas, New Mexico. The name of her ex-husband is Luis Fernandez and she has three sons with him.

The people of New Mexico have chosen to protect what we love – our democracy, our planet, our families and communities, our health care and our future. With this victory, I promise you I will take the courageous action that this historic moment demands. Muchísimas gracias! pic.twitter.com/KtoxfLTYsc

Yvette Herrell the member of the Cherokee nation is a Republican. She won the seat against democratic Representative Xochitl Torres Small in the 2nd congressional District of the state. She has the backing of some of the powerful Republicans along with Donald Trump. She tweeted that it is the honour of her life to get elected and serve in NM02.

Moreover, she shared that she will serve the people with integrity and will try to rebuild the economy along with the people. She is fifty-six years old and is one of the allies of Donald Trump.

It’s the honor of my life to be elected to serve #NM02. My commitment to each citizen of our district is that I will serve each of them with integrity as we work together to rebuild our economy and protect the values that make America great! #NMPOL pic.twitter.com/8LTYnJvncu

The CBS News chief congressional correspondent Nancy Cordes said that the delegation is going to be all-female. There are six major party candidates. New Mexico is one of the states with the historic firsts in the election that happened on Tuesday.

In the state of North Carolina, Madison Cawthorn will become the youngest member of the Congress. He is twenty-five years old. He has broken the record set by Alexandra Ocasio-Cortez who was twenty-nine. She joined the Congress in 2018.

Furthermore in the state of Delaware Sarah McBride is the first openly transgender state senator of US. She is also made the first highest-ranking transgender official. She is twenty-nine years old and has written many books.

These are the women who got elected to serve in various high positions in New Mexico. They are ready to implement their ideas that will help in the betterment of America.

Also read: 10 Most Beautiful Black Women in The World